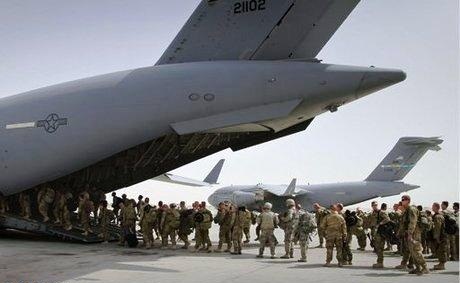 The announcement madeby President Barak Obama of withdrawing thirty thousand American troops till the end of 2013 from Afghanistan was among the important issue of the past week. Analysts are of the view that the solution lies in real understanding among Afghans to reach on consensus about Afghanistan and to struggle for creating a national coalition government. Hence, the continuity of presence of limited foreign troops is also of no help to Afghanistan, as in past ten years their presence in a large numbers could not solve the issues of Afghanistan rather has exacerbated it.

This weekly publication is set of news and analysis that is prepared and published by the Centre of Strategic and Regional Studies to keep various institutions and authorities accurately and timely aware of the current political, economic and social news and analysis.

In a recentreportbyTransparency International on Thursday, February 14ththat wasreleasedinGreat Britain;spokeof the existenceof corruption within the Afghansecurity forces. This institution introduces the issue of transfer of security responsibilities from foreign to local forces and institutions full of corruption as challenges.

Head of the Organization, Mark Peyman, also warned that transfer of the responsibilities of purchasing defence equipment to Afghans themselves would spread the corruption.

Moreover, the officials argue that leasing defence ministry’s properties, importing several things in the name of the defence ministry and partnership between numbers of officials with contracting companies are among cases of corruption within the ministry.

Corruption in governmentoffices is not a newphenomenon in Afghanistan, awarding top position in corruption by international community can be mentioned in this regard. But what interesting in this regard is that why the so-called international friends after passing more than ten years of their presence in Afghanistan have noticed the corruption within government offices now.  Why they didn’t publish or didn’t want to publish such reports during their 10 years of full control over all matters?

In the latest report by Britain’s Transparency Watch prepared along with Transparency watch Afghanistan spoke more on the existence of corruption in logistical matters of the Afghan national army which will soon be transferred from foreign forces to Afghan troops. But it is still surprising that during past ten years in which not only logistics but all matters were under foreign control, the corruption were present. Afghans witnessed worst corruption in equipment and supplies of foreign forces. Neither the donors nor the foreign forces present in Afghanistan reminded of them or at least considered it big challenge for Afghanistan.  Now, as we, on the one hand, are getting closer to 2014 which is withdrawal deadline, while on the other hand, the 4th round of transfer of security responsibilities to newly established Afghan troops is about to start, publishing such reports  are of what benefits and which wounds of worn-torn Afghan people will it heal?

No doubt, not only security institutions but all civil and military intuitions in the country such is Afghanistan which after passing lengthy period of war, poverty and calamity and complete withdrawal of foreign troops wants to bring harmony and peaceful-coexistence in the country, can be filled with corruption but publishing such reports at this point of time can be considered seditious.

People of Afghanistan and all the world, know well that Afghan army and security institutions had lost all material and moral forces during three decade of war and calamity, once more educated and trained under the shadow of perverse capitalist system, every moment prepared for killing and fighting against Afghan people and land, have most corruptiontendency among their individual and contracting institutions.

Even if we ignore the past, recently Afghan ministry of defence complained that heavy weapons and even helicopter purchased by US for Afghan army does not have required quality and efficiency and have spoken of presence of corruption in the contracts of the purchased weapons and helicopters.

Pertinent observers are of the opinion that there is no transparency in the previous purchases made by international troops, and most of the contracts are signed in a manner that corruption can easily be made.

As previously mentioned, while the 4th round of transfer of security responsibilities is about to reach and US and NATO forces are about to leave, publishing such reports which makes people doubt their security forces is considered as nothing just as exciting worries of the people. Probably publishing this and other reports are detail programs of western plots which they have dreamed of for the future of Afghanistan. Establishing permanent bases can be named a small example. Otherwise, all know that in Afghanistan corruption had no roots in such an extent as today it has under the presence of civil and military forces of more than thirty countries of the world. This by itself leads us to know who with which goals are behind the scene of the corruptions within civil and military intuitions.

Torture of prisoners in Afghanistan is not a new issue, in history of Afghanistan torture and misconduct with prisoners has taken place and is continuous till now. In past, people were imprisoned and tortured by the royal regimes without legal authorization because they were criticising the ruling regime. During the communist era especially after the coup of 7th Sawr (7 Sawr) people were jailed and tortured physically and mentally because they were criticising and disagreeing with the opinionated ruling regime.

Afghanistan however has signed the Convention against Torture but still prisoners are being tortured and misbehaved in Afghanistan by both foreign forces and Afghan government.

We all believe that if our government brings reform in its administrative system, intelligence and operational forces also must look after army and police forces make them professional, educated and aware of all issues of the society, also there should be a strong supervising organ then it could be possible to control crime and prevent violation of human rights then it would be possible to decrees violence and torture.

Peace is vital need and all the sides involved in the Afghan conflict have decided that the only way out is through negotiations and dialogue. The sides, who wanted to end this issue through war, have admitted their defeat. However, few who are not willing to accept their defeat and whatever they couldn’t achieve by using force, now, want to achieve it by playing with holy words of “Peace and Reconciliation”. The pressures on oppositions by different countries are extension of such policies: Pakistan, wants to take advantage of such situation, while Afghan government wants the negotiations according to their wish and demanding Pakistan to help in this regard. Similarly, each side want to pressurize accordingly which is difficult. Of course, the important thing is to positively respond to sincere calls for peace and should leave egos and putting authoritative policies aside and must accept each actor in the political arena which is the only solution to the problem of the country.

Obama’s decision about withdrawal of its military forces till the end of 2013 is clear, and many analysts are of the view that US wants all of its troops out of Afghanistan. Of course, some sides are worried about the nature of post-withdrawal security situation? Certainly, if Afghan’s did not solve their disputes through talks, a bloody war would occur.  Serious dialogue free from the presence of US forces between Afghans and preventing ongoing war is crucial at this stage. It is obvious that in the presence of more than hundred thousand NATO troops who through force could not maintain the security situation of the country, keeping fewer troops would also not maintain it. Therefore, national peace and reconciliation is essential for the country so that all Afghans get together in a coalition government and work together making Afghanistan peaceful and prosper country.