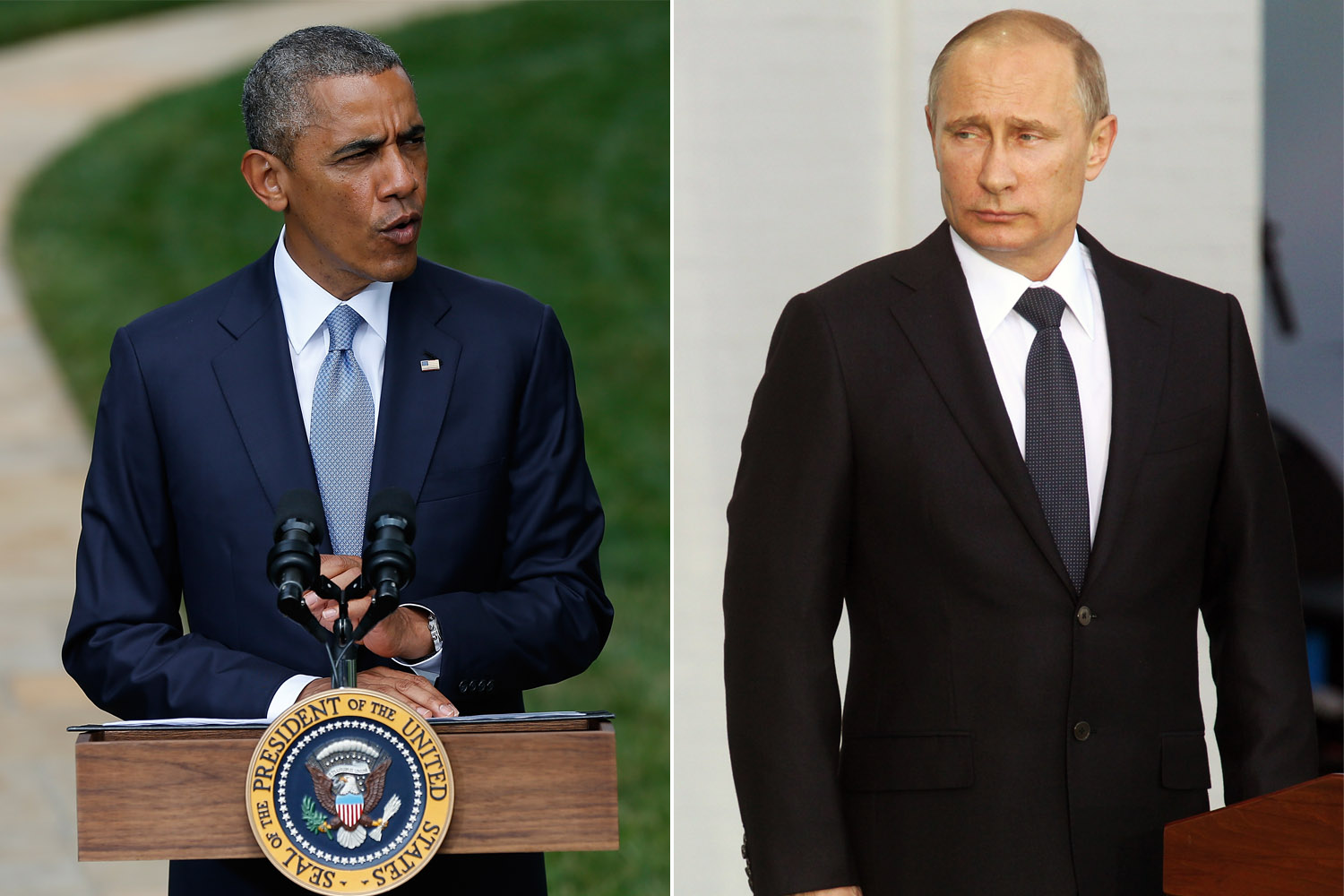 After World War II and especially after the access of super powers to atomic bomb, it was thought that the super powers will not stimulate another world war because of the fear of destruction of the world. After that the bipolar world witnessed direct conflicts between the superpowers, where both tried to deepen the involvement of each other in world crisis and traditional and proxy wars in various countries in order to weaken one another.

By the end of the cold war a non-written understanding has been made between Russia and the west that if Russia withdraws from east Europe with the declaration of not being a superpower, on the other hand the west did not try to challenge Russian interests in this region. But the competition between Russia and the west in the fields of Economy and culture caused that these countries decided to make decisions neglecting Russian or western interests. But this time the America entered to the game with the claim of supporting democracy and people’s choice and caused anger of Russia.

Undoubtedly, the world is far away form 1945 and the end of the World War II for decades and the east Europe cannot be considered as the region of interests of Russia as during the USSR it was, but the important thing is that the west must make what kind of deals to prevent conflicts with Russia? The events in Ukraine show the point of problem in relation between America and Russia in the multipolar world.

Now, it seems that Russia returned to the game and trying to find allies from the countries that are not agree with policies of America. If the fear of the destructive atomic weapons was not existed the experience of another world war would be reiterating once again, but now while no one of a possible war would be the winner such another war seems impossible.

The expansion of NATO towards east was a challenge that made Russia shows a reaction, but in the first stages, lack of The Russian reaction was from the weakness of this country and now when the Russia appears once again as a world superpower and strive to awake once again, while America has limited power for limiting Russia’s expanding measures.

Annexation of Crimea with Russian federation darkened the relation of America and Russia, and the west tried to impose sanctions against Russia. However, Russians tried to reduce the tensions in bilateral relation by contacting the U.S, but it not seems that once again the situation come ordinary. Especially while Ukrainian officials claims that Russians intervened their affairs and military attack.

Political analysts believe that America need Russia’s cooperation for overcoming on global challenges like for using the resources in north polar or space researches or environmental challenge.

On the other hand, refusing of Russia, causes nearing of Russia to the east, this is not in accordance with America’s interests in Asia. America knows that world politics are changing conservatively towards Asia and this continent will play a significant role in international relation in a short coming future. Russia tries to further strengthen the Regional associations like BRICS, Shanghai, The Collective Security Treaty Organization CSTO, or Eurasia Association and find patrons for its energy resources in the east region, and it causing more pressure to Europe to face with lack of energy resources.

America for confrontation with Russia imposed sanctions on Moscow, while this is clear that the today Russia is not the Russia after dismissal of the Soviet Union. On the other hand the today world is different from the world in 90s. Today the influence of the U.S is weakening in the world. The wars in Afghanistan and Iraq showed that America failed as they were claiming the dealing with world challenges. Its reason is that America deals with each problem and challenge in the world in accordance with her own interests.

Therefore America have to come to a conclusion with Russia over Ukraine, because this confrontation will just challenge the power of America and will show the weakness of America to the world, as they appeared in such a weak role in the Syria conflict where compromised with Russia and Iran.

But the Ukraine crisis will also give the opportunity to the U.S to deepen her influence in east Europe and even sell weapons to these countries. Now, while NATO did not succeed in its experience in Afghanistan and even seems some disputes between the members of this alliance, threatening Russia can reorganize this alliance once again.

In such a context war between Russia and America do not seems possible, and even the America will accept the demand of Russia for a federal system in Ukraine, but Russia’s eastern vision for affecting sanctions of west on this country can cause some changes in Asia.

Creating problems in central Asia for Russia could be one of the tools. However, after the Soviet Union, the central Asia is not a part of this country but Russia considers the southern borders the Soviet Union as the borders of the region of their influence. Condemning Russia in the United Nations, Kazakhstan and Kirghizstan abstained from voting for annexation of Crimea to Russia.  This can give a hope to America for an opportunity of Convergence for preventing Russia or the price of this convergence will be that much high that the Russia could not pay.

Afghanistan’s insecurity and instability can have a heavy price for Russia in her southern borders, and can control the Kremlin’s high level measures for changing to a world superpower. Therefore Russia has to review her Asia policy as soon, otherwise the time will be lost.