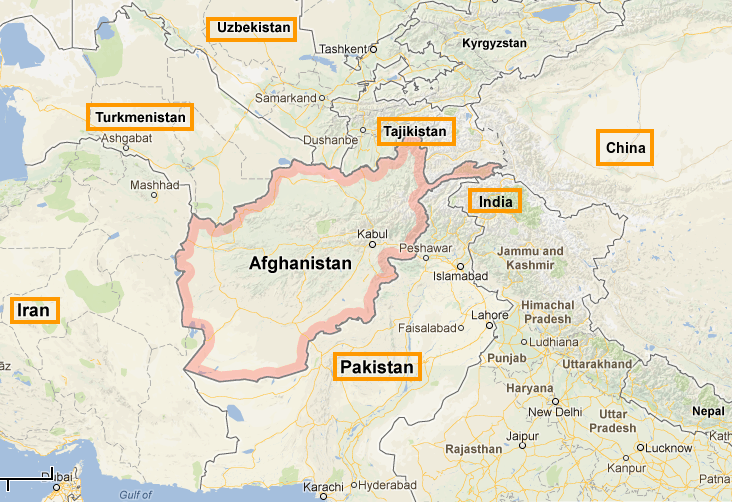 During the last five months, high level Afghan and Pakistani officials have exchanged visits to the two countries. The series of the visits still continues. Afghan president Mohammad Ashraf Ghani paid an official visit to Pakistan and Chief of Army staff of Pakistan, General Raheel Sharif, had several visits to Kabul too.

Recently, Pakistani commerce minister Khuraam Dastagir along with Khayber Pakhtoonkhwa chief minister Pervez Khattak, paid a visit to Kabul. The aim of Dastagir’s visit was considered boost on commerce between the two countries, settlement of Afghan businessmens’ problems and connecting Pakistan with the Central Asia. Chief Minister of Khayber Pakhtoonkhwa came to Kabul with a twenty-member delegation on Ghani’s invitation.

To what extent Dastagir’s visit will be proven cooperative in regional integration and will it settle Afghan businessmen’s problems?

In modern world of globalization, the states try to remove the barriers in the way of commerce. Once the obstacles are abolished, the region can integrate.

South Asia owns a great potential of integration, but political problems shadowed the opportunity and the region is one of the most back warded.

Although the peoples of South Asia have common history, culture, and languages to the large extent which cause many reasons of integration, their internal business is too limited. A research of World Bank reveals that the internal commerce of South Asian countries constitute 5% of world business. On the other hand, the internal business among ASEAN nations constitute 25% of world commerce[1]. The reason behind lack of economic integration and little cooperation among the nations in the South Asia is their political differences that affected the trade.

The newly elected Afghan President, Ashraf Ghani –a former World Bank manager- has stressed on regional integration and the role his country can play in this regard. Therefore, with Ghani’s take over, expectations are increased for regional economic integration. President Ghani expressed his vision for the region in a Chinese university: “we shall get benefit of our geographic location, rather than natural resources”. As Ghani believes, that Congo has more natural resources, but it can bring $1billion increase in its GDP. While Singapore, which has no natural resources have increased its GDP by 44%. Therefore, we have to utilize our geography.[2]

Pakistan also expressed its vision that it wants to boost business with the countries of central Asia and ASEAN. The country now, considers the above goal as their priority. [3]

Besides, Indian ambassador to Kabul, Amar Sinha expressed willingness to join APTTA (Afghanistan-Pakistan Trade Treaty Agreement) when Pakistani commerce minister, Khurram Dastagir was in Kabul. The ambassador expressed hope that his country would be added into APTTA. He has sent an official letter to Afghan foreign ministry too. [4]

Afghanistan is a land-locked country. Therefore, it needs transit for doing business with the world to send its goods to world markets. During Daud Khan’ prime ministry (1953-1963), Afghanistan signed transit agreements with Russia and Iran. When Daud Khan resigned (1963) and the decade of democracy (1963-73) began the relations between Afghanistan and Pakistan gradually improved and finally the two countries signed transit agreement in 1965, which was later called APTTA.

After the withdrawal of the former USSR troops from Afghanistan (1989), new changes in Central Asia, and during civil war in Afghanistan goods smuggling to Pakistan once again the need was felt by the two countries to sit together in 2010. According to Afghanistan-Pakistan Trade Transit Treaty Agreement, both the countries will construct new ports along the border and Pakistan was allowed to handle its business activities with Central Asia through Afghanistan.

Recently, after the insistence of Afghanistan, the treaty was reviewed and Tajikistan also joined it. The draft of the agreement was finalized between Afghanistan, Pakistan and Tajikistan.[5] Tajikistan’s entry in APTTA is in Pakistan’s interest. While India’s joining is crucial for Afghanistan.

India demanded to join APTTA and foreign ministry of Afghanistan welcomed the hope. [6] From the other side, Afghan president Ghani has made it clear that Kabul is ready to cooperate Pakistan in reaching out to Central Asia, while Afghanistan has the same demand too, and Pakistan should give way to us to be connected to India.[7] Keeping in view relations between India and Pakistan it looks unlikely that Pakistan would allow Indian goods to be sent to Afghanistan through Pakistani soil. [8] Islamabad has said, it would allow India in APTTA only if it “improves” its relations with Pakistan.

Islamabad will not allow India because of its security concerns, as it has been alleging Indian involvement in Baluchistan and tribal areas since Musharraf’s era. Pakistan also fears, India would monopolize the markets of Central Asia if they allow them.

Therefore, the economic integration in Central and South Asia is bound to cordial relations between India-Pakistan and Afghanistan-Pakistan. It is a dream, otherwise.

Pakistani officials’ visits to Kabul express the willing of the country to keep the relations at this level with Kabul. Therefore, Pakistan wants to construct ports in Torkham and Chaman so that business will increase between Afghanistan and Pakistan. From the other side, 90% goods of Afghan businessmen will be sent to Afghanistan within 48 hours. It also looks likely that the goods of Afghan businessmen will be transferred by train from Karachi to Peshawar and Chaman. Moreover, Pakistani commerce minister pledged to construct roads until its borders. The decision will also increase commerce.

Besides, President Ghani invited chief minister of Khyber Pakhtoonkhwa for the first time to Kabul. Before that, Karzai used to get benefit of language diplomacy. He used to invite the Pakhtoon Nationalist leaders like Asfandyar Wali Khan, Aftab Ahmad Khan Sherpaw and Mahmood Khan Achakzai. Chief Minister of Khyber Pakhtoonkhwa assured president that the Afghan registered refugees will no longer be bothered in his province.