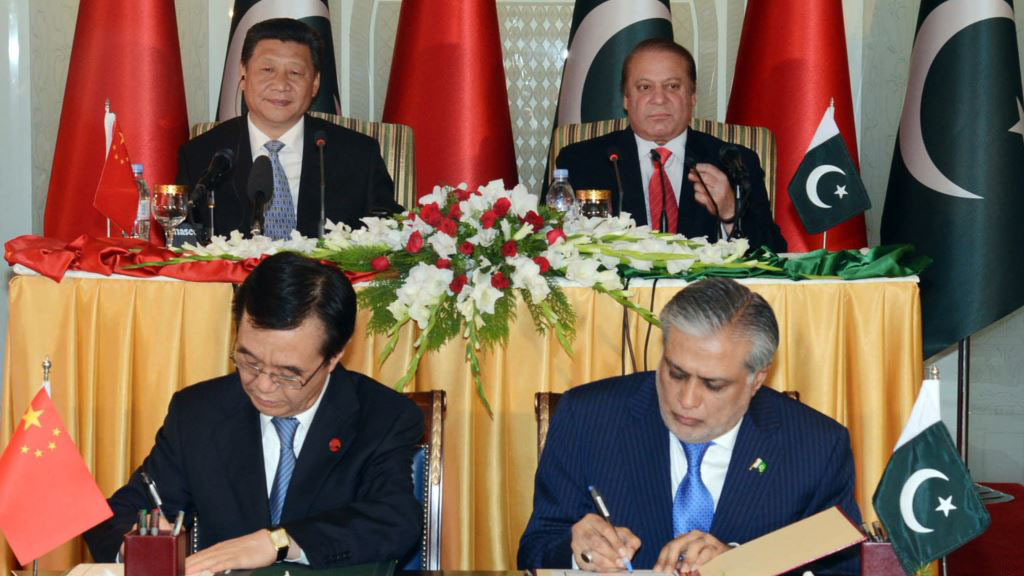 The Chinese President Xi Jinping visit to Pakistan was scheduled in last September. But due to the demonstration of Imran Khan in Islamabad, it was postponed and finally happened on April 20th – 21st.

During the visit, Chinese delegation made some unprecedented pledges. The Chinese officials talked of wide range of investment in Pakistan. The recent announcement was one of China’s significant commitments of large investments abroad. It was also the largest investment commitment from a foreign country in Pakistan’s history.

Since the visit and Pakistan-China relations are like a strategic alliance with impacts on the region, Pakistan valued this visit more, and reflected a lot in international media.

After the communist revolution of 1949 in China, Pakistan was the first Muslim country recognizing Peoples Republic of China which still has immense impact on bilateral relations. Thus the diplomatic relations between two countries officially established in 4 May 1951.

At the first stages, the relations between China and India were friendly. They used to call their relations (Hindi-Chini Bhai Bhai, India-China Brothers). During this time, Pakistan and China did not enjoy cordial relations, because Pakistan was member of SEATO and CENTO, the Western alliance in the region during cold war. But when Chinese conducted operation in Tibet and India gave asylum to Dalai Lama and border disputes also erupted between the two countries, which escalated to war in 1962, the relations between Pakistan and China became friendly.

During General Mohammad Ayub’s rule in Pakistan, the relations between China and Pakistan was not very good. When the war broke out between Pakistan and India in 1962, then foreign minister Zufiqar Ali Bhuttu signed an agreement with China in 1963 and dismissed all the border differences. It was a strategic breakthrough in the relations of both the countries.

After the 1965 Indo-Pak conflict, the defense relations between China and Pakistan expanded and turned into strategic friendship in 1972. China supported Pakistan in 1965 and 1971 wars without one exception[1].

Xi signed 51 agreements and memorandum of understandings with Pakistan. Besides, a contract of 46billion $ was signed as part of China Pakistan Economic Corridor. The amount is to be spent in the following sectors:

Under the CPEC agreement, $15.5 billion worth of coal, wind, solar and hydro energy projects will come online by 2017 and add 10,400 megawatts of energy to the national grid.

The CPEC deal also includes $5.9 billion for road projects and $3.7 billion for railway projects, all to be developed by 2017. A $44 million optical fiber cable between China and Pakistan is due to be built.

From the other side Pakistan is not only facing lack of energy but also due to insecurity foreign investors are not ready to invest in the country. China’s investment will accelerate the economic development in Pakistan and also will meet its energy needs.

Obstacles on the way of CPEC

The China-Pakistan Economic Corridor project faces some obstacles too; the first one is security problem and the second can be said as absence of a united stance among Pakistani political parties.

Most of Pakhtoon nationalist parties like Awami National Party of Asfandyar wali khan, Qawmi Watan Party of Shirpaw, Pakhttonkhwa Awami Melli Party of Achakzai, Maulana Fazal Rahman and Tahreek Insaf of Imran who now rules Khaybar Pakhtoonkhwa and also some parties in Baloochistan will oppose the new way of route which excludes KPK and Baluchistan. According to first plan, the rout from Kashghar of China was planned to go through FATA, Baluchistan and some other areas of Pakhtoons, but due to insecurities in these areas it was changed to Panjab.

From security point of view, the corridor faces security threats. First, it goes through FATA and Baluchistan. If the area is not secured, the corridor plan will not succeed. And second is that the security situation in Gawadar port is not trustworthy.

The instability in Afghanistan is also an undeniable threat to the corridor plan. Therefore, President Xi requested Pakistani officials to have good relations with Afghanistan.

Impacts on the Region

President Xi’s visit to Pakistan can have impacts on the region:

First: the visit will have positive impacts on the regional integration which is pivotal part of President Ghani’s foreign policy. Kabul will benefit from China-Pakistan corridor till is connected with China through Wakhan. It will increase Afghan-China business.

Second: the visit will affect china in regional rivalry. Because, since Musharraf’s tenure rumors have been circulating that Chinese navy has either got a base or is trying to have a base. If it happened/happens so, China will be able to have a close eye on 40% world oil transport. Besides, it will increase China-India navy rivalry.

Third: the corridor will have a strategic importance for China. Because, from one side it can boost its economy by having connection to energy pipelines, and from the other side, it will have easy access to Middle-East and Europe. Securing the corridor will be in the interest of China, so it will more cement China-Pakistan alliance.

Fourth: China tries to have its own axis to balance the US-India-Japan-Australia pivot. Chinese axis constitutes Pakistan and Russia. Therefore, Beijing wants to cement the alliance more and more. China has already signed an agreement of $ 400 billion Pipeline with Russia.

Now, Beijing and Islamabad are part of corridor which will be cemented more and more. China also wants to connect its economic relations with Afghanistan and Central Asian Countries.

[1] China just did not deploy its troops in Indian border.