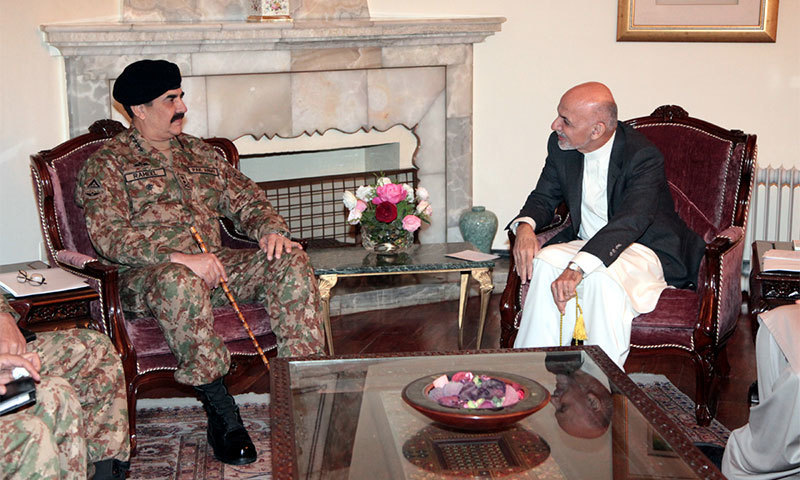 The enemy of Afghanistan will not be a friend of Pakistan!” This was the statement of Nawaz Sharif, prime minister of Pakistan, in his last trip to Kabul in a joint press conference with Ashraf Ghani.

The simple interpretation of this statement is that terrorism is the common enemy of both countries and the joint struggle against this phenomenon requires that Pakistan sees the enemy of Afghanistan the enemy of Pakistan, and treat it as enemy, but on the other hand they expect the same from Afghanistan too.

Nawaz Sharif’s statement could be considered just a friendly commitment which is very common in diplomatic speeches, but the disclosure of the issue took place between both countries’ intelligence services, the ISI (Inter Service Intelligence) and the (NDS) Afghan National Directorate of Security signed an agreement for joint cooperation, encouraged Noises in Afghanistan, particularly the secrecy of the government to disclose the text of the agreement became an opportunity for the media to mobilize public opinion against it, and this issue had strong reaction even in parliament.

It is mentionable that some time ago reported in media about the bilateral agreement of both countries’ intelligence services. For example it was said that ISI officials interrogated the prisoners in Afghanistan. In this case the Afghan security forces have carried all important Taliban officials from provinces to Bagram by the request of ISI to help the interrogation process for their officials.

The definition of a common enemy

Calling the joint enemy by Pakistan and advertising for that naturally made the enemy’s definition differ in both countries. Particularly India which is the only enemy of Pakistan in the region and proved a true friend for Afghanistan by its generous economic assistances in the past years.

So it is difficult in short-term to change the image of the ISI as an institution to which the Afghan National Security forces know well factors behind the events, and had an important role in the strengthening of Afghans minds, eliminated, and say to the people that the issues like “strategic depth” in Afghanistan and efforts of Pakistan to made Afghanistan the fifth province which is unchangeable desire of the leaders of Pakistan are the incorrect ideas and both countries have common enemy.

What intelligence organizations in the world have seen the enemy, the definition is not provided in this agreement; but after the trips Asif Ali Zardari, and Pakistan Prime Minister Nawaz Sharif on May 7 and May 12, 2015 in Kabul, Pakistani media wrote that in these meetings, the issue of use “RAW” a spy agency to India from Afghanistan against Pakistan, was discussed.

Before Nawaz Sharif’s and Rahil Sharif’s trips to Kabul “Nawa-i-waqt” daily quoted from the sources near to Pakistan government that Nawaz Sharif with General Rahil Sharif Chief of Army Staff of Pakistan and Rezwan Akhtar Director of ISI will inform Afghan officials from the India intelligence service “RAW” also they will tell about the India activities that do not want strong Pakistan. These interventions taking place through Afghanistan by Baluch separatists in Baluchistan and the TTP under Mullah Fazlullah, particularly in Khyber Pashtoon khwa. Pakistani security officials will also provide documents about the case to Afghan officials.

Joint operation on both sides of the boarder

But it seems that Pakistani operations in Afghanistan, has taken a different form. Pakistani officials understand the sensitivity that intervention might bring them inside Afghanistan, this is doing by soldiers in military uniform doing in coordination with Afghan forces. Sending militias of this country on a mission of information with the coverage of the Pakistani Taliban and their war against the Afghan Taliban could be considered a civil war between the Taliban. What is already in some districts of Nangarhar as Nazian and Achin launched a large number of people have been displaced.

First rumors were heard that this war has been launched between the Afghan Taliban and the Islamic State “Dash” but later was told that they were Pakistani Taliban to gain more territory in the East against the Afghan Taliban fighting in Afghanistan. Pakistanis claims that Maulana Fazlullah, the leader of the Pakistani Taliban with a number of supporters, have taken refuge in this area, and with the help of Indian intelligence, “RAW” doing black operation in Pakistan.

The fight against separatism

One of the element of this agreement is the two sides’ joint struggle against separatism in both countries. Separatism is not Afghanistan’s problem but this is the problem that exists in Pakistan, and when it comes to talk of separatism in Pakistan, the Baluchies of this country are coming to people’s minds.

According to Express tribune and other Pakistani media, Pakistan has captured roundabout 30 thousand people from all over the Pakistan, 10 percent belonged to Baluchistan which makes 3466 persons in the recent time.

This is crystal clear that Pakistani Taliban is not only behind the insecurities in Baluchistan, the Baluch separatists are also involved in the continuous fights with Pakistani security forces. The Pakistani government sees Indian intelligence agency behind all this via Afghanistan.

Without any doubt, both Pakistan and Afghanistan wants cordial relations with each other and these relations must be based on mutual agreements and memorandum of understandings. But, specifically secrecy in this regard between such countries that have controversial relations with each other would only bring negative reactions and increase the mistrust. Therefore, the agreement between ISI and NDS of Afghanistan has faced harsh criticism in Afghan Parliament and even this act was compared to treason. The disagreement with this agreement is at such a stage that we might soon see its termination. But, this might increase the insecurity in the country too.

Pashtun and Baloch people recent capturing in Pakistan may consider a part of the both countries cooperation of NDS (National Headquarter of Security) and Pakistan ISI, and be pessimistic about Afghanistan, especially the Khaiber Pashton khwa arrests have connections to the other matters such as “Economic Corridor Kashgar” that will continued from Gawader to China’s boarder. It was supposed to pass through the Khyber Pakhtunkhwa will leave a positive impact on the economy of the area, but the central government is trying to change the route to the Punjab. Arrest of 16,813 people in Khyber Pakhtunkhwa, is also not unconnected with this issue.