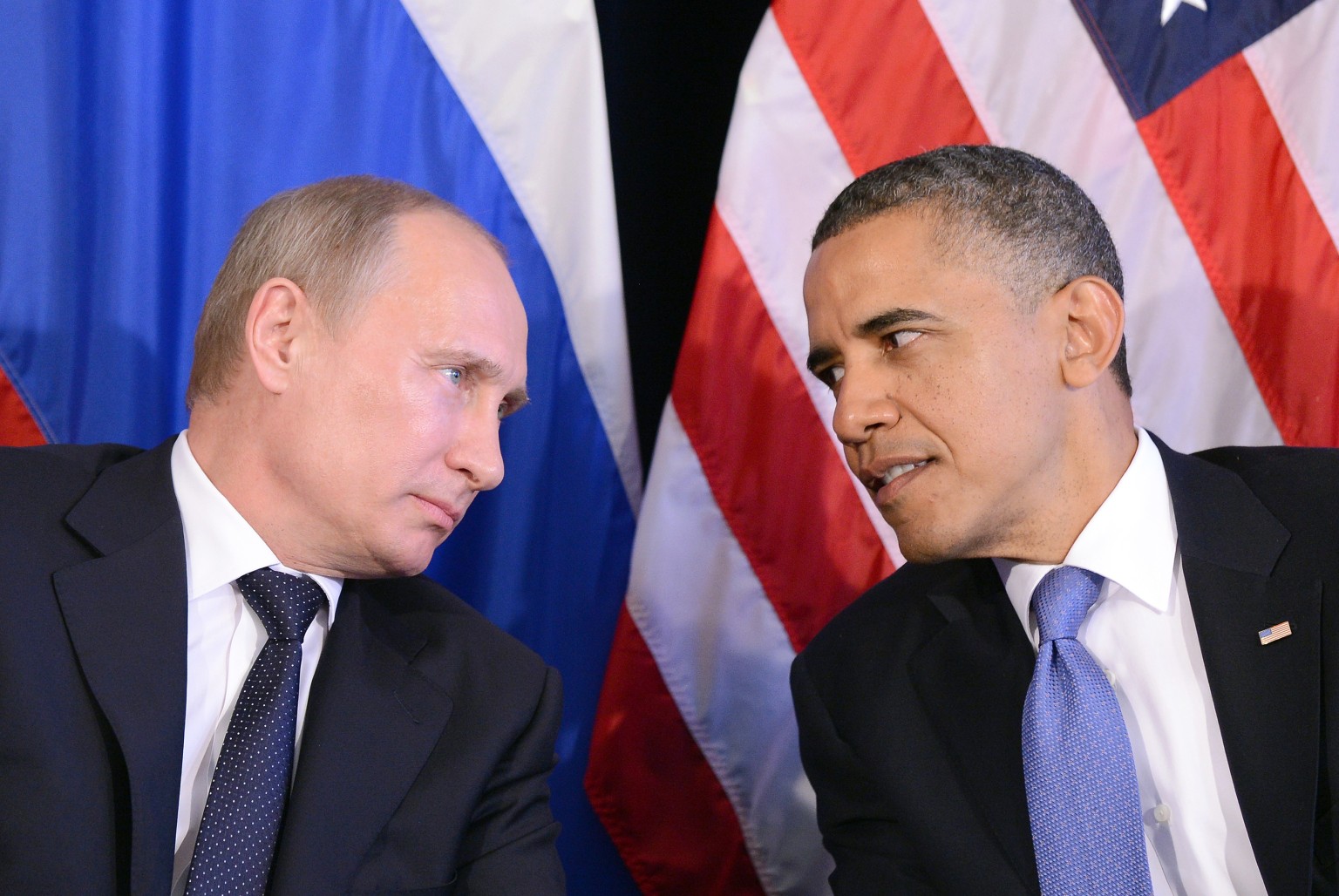 Military presence of Russia in Syria has faced the crisis of Middle East with new challenges. Russians by having military presence and supporting the regime of Bashar Ul Asad in Syria, along with Iran and Lebnan’s Hizbullah, obviously took position against the goals of West in the area.

It looks like Russians, with this presence of them, want to show reaction against America and its allies. In the past, Moscow was a silent observer during the fall of anti-American regimes including Muammarul Qadhafi’s in Libya, however, it looks like it does not want to remain as an observer only but it intends to react to the international issues in its interest with more decisiveness.

Russians are busy with defending a régime which is defeated in practice. A large part of this country is out of the control of the government and the régime brutally kills its people in order to defend itself. Millions of Syrians have left their home and lands and are migrated to neighboring and European countries.

Defending the Régime that the majority of its people are dissatisfied with it reminds the Afghanistan of 80s. Defense of Russia from that régime, defeated that entire USSR instead of protecting its interests and even resulted emerging extremist groups that even today’s Russia feel itself unprotected from them.

However, Russia’s interference in Syria is named struggle against the “Islamic State” group, but, in practice, Moscow is still involved in war against the groups that once upon a time were fighting against their counterparts in Afghanistan. Militant groups like All Qaeda and its allies are considered as moderate groups when they are compared with “Islamic State” by US!

Coordination between Iran and Russia

Russian officials consider the military presence of this country in Syria as it has long background that refers to the Soviet Union; however, the analysts think that extension of Russia’s present military presence in Syria is occurred with coordination and cooperation of Iran in order to protect the interests of Russia in the region. Recent visits of Qasem Solaimani, the commander of Quds Forces to Moscow finalized the decision of Russian on having broader presence in Syria. However, Iran rejects the reports on visit of Qasem Solaimani to Russia, but, it is clear that taking such a big decision was impossible with the coordination and cooperation of Iran that has sent forces to Syria previously.

Iranian officials say that Russia and Iran along with Lebanon’s Hezbollah in Syria provide “military advices” to Bashar Al-Assad’s government in struggle against terrorists. Military advices is the definition that is being used by Western countries in order to help the government of Afghanistan in its struggle against Taliban which include providing air support to government forces and even conducting ground operation by their special forces in this country.

Inability of America in reining up the Syria Crisis

The weak and uncoordinated strategy taken by America in the crisis of Syria made Kremlin to believe that America is losing war to the extremist groups in this country and that the fall of Assad would strengthen the ongoing violence more than ever. The struggles of America on establishing a moderate group which could be enemy to Assad’s regime and powerful opponent to groups like “Islamic State” at the same time also became failed.  America despite spending huge amount money, failed to form an army consists of its proponent elements in this country, and majority of those who were trained for this job, whether joined the extremist groups or became absent from the scene.

Use of chemical weapons was a red line drawn to Assad’s regime by Washington, however, despite crossing this line, the regime of Assad did not face serious reaction of America and this issue harshly weakened the position of America among the opposition of Assad.

From the other hand, the positions of America and its allies in latest years especially in the issue of Ukraine showed they do not have intend to have direct military clash with Russia which encouraged Russians to interfere in Syrian affairs. If the West did not take serious step against this action of Russia, Russians would become encouraged more than ever. Turkey protests against Russia for violations of Russian aircraft into the territory of the country and it is considered as a provocation by Washington and if this action continued and America did not take any step, this issue would embarrass America more than ever.

Why Syria is important to Russians?

The question is that what aims do Russians follow by sending forces to Syria and defending a regime that most of its people are dissatisfied with? Russians could have reasonable reasons for their decision that the most important would be military interference of the West in Islamic countries. Interference of America in Afghanistan and Iraq under the banner of struggle against terrorism and fall of Muammar Al Qadhafi in Libya empowered and spreaded the extremist groups.

The situation in Syria is the same, extremist groups would be successor of Bashar Al-Assad when he falls. From the other hand, Russia by sending force to Syria warns the Western Countries that if Russia defends its interests in Syria, America and the West should imagine intervention in Central Asian countries and some countries in Eastern Europe, because Russians would not leave them alone.

Need to be mentioned that development of forces opponent to Assad’s regime in Lazafya area in the West of the country stresses the regime of Bashar Al-Assad. The Assad regime has experienced defeats in Qonaitara, Hasaka and even is some parts of Daraa, Adlab and Aleppo, but, losing Lazafya would be the end of Assad.

Lazafya can be considered as main and powerful center of Alevi community in Syria; it is the largest port of Syria and inveterate supporter of Assad’s regime are from this area. If Assad lost this base, not chance would be left for him and if this strategic port is seized by the opposition, Tartoos, the second largest port and the entire coastal areas would become seized by the armed opposition of the Assad’s regime, then.

Russian navy forces have established a naval base in the Tartoos port and therefore, this strategic port in the Mediterranean coast has a lot of importance for Russia.

Conflict of Russia and the West in Syria has entered a new era after Russia deployment their troops in Syria, however, the possibility of military confrontation between Russia and America in this area would be very unlikely. America wants Russia to become involved in the conflict of Syria and if Russians sent ground forces to fight along with the Assad government against its opponents, the Americans would prefer to gradually leave Russians in Syria alone in order to experience another Afghanistan after the collapse of the Soviet Union in another Islamic country this time.

Based on this policy, America instead of overthrowing the Assad’s regime through the military means, call for a political solution to the Syrian crisis through negotiation. US Secretary of State, John Kerry wanted Iran and Russia to use their influence and bring Bashar al-Assad to the negotiation table and suspend the removal of Assad until the end of the war in Syria.

On the other hand, the Russian intervention in Syria as a result of collaboration with Iran will make the conservative Arab countries to intensify their enmity with Russia and this feeling can increase the support to anti-Assad groups in Syria.