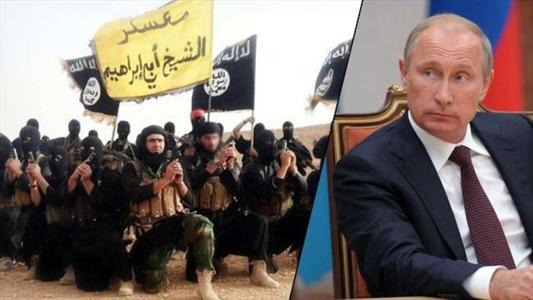 For the last six months the one-after-another falls of some regions and districts in the north of Afghanistan had created concerns in the Central Asian countries; however, after the fall of Kunduz city by the Taliban, new waves of concerns had risen in these countries and now have encouraged them to take practical steps.

Due to the ongoing insecurity and instability in the north of Afghanistan, the Central Asian countries had taken such measures to prevent the extension of this instability to its countries.

What are behind the concerns of Central Asian Republics and Moscow in Afghanistan? What would be the form of Russia’s increasing interest in Afghanistan? Whether it would be launching assaults beyond providing assistance as it has done in Syria? And besides that, why Kabul had requested for receiving full membership in the Shanghai Cooperation Organization (SCO) in present situation?

The reasons behind Central Asia’s most concerns are as following:

First: Instability in the north of Afghanistan

Second: Presence of Central Asia’s Citizens in the Ranks of Daesh

A number of Central Asian militant groups have pledged its allegiance with the leader of Daesh, Abu Bakr Al Baghdadi; the Islamic Movement of Uzbekistan, the Unity of Islamic Jihad and the group of Jamaat Ul Ansar are among these groups. Their pledges of allegiance with Daesh have increased Central Asian Republics and Russian concerns.

Fourth: The Emergence of Daesh in Afghanistan

Now, Russia has increased its military assistance with Afghanistan due to the said concerns. Kabul has realized the concerns of Russians and Central Asian Republics and has moved its foreign policy to a course that would receive assistance from these countries in order to remove instability and provide security to Afghanistan. Therefore, for this purpose, Afghanistan has requested for a full membership in SCO.

After the NUG establishment, ties between Afghanistan and Russia become wider with each passing day. The President, the First Vice-President, the Foreign Minister and the National Security Advisor of Afghanistan had visits to Russia and the meetings of Afghan officials are increased with the special representative and Ambassador of Russia.

On April 10, 2015, Kabul made request to get MI-35 military helicopters from Russia. Moscow is ready to provide these helicopters. Recently, the special representative of Russia to Afghanistan, Zamir Kabulov said that an agreement would be signed regarding this issue with both countries in October. Recently, the Russian Defense Minister has also said that Russia is ready to provide every kind of military assistance to Afghanistan. Russian Federation’s representative to NATO, Alexander Grishko, has said that Afghanistan cannot fight Deash alone.

Whether Russians would be conducting Air Assaults in Afghanistan?

First: Russia is involved with the issue of Syria and Ukraine and it is not only faced with serious reaction of the West but it has also faced sanctions by America and EU as a result of the Ukraine issue.

Second: Moscow considering its past experience in Afghanistan would not repeat the same mistake again.

Third: The only concern of Russia in the Northern Afghanistan is that instability should not spread to Central Asian Republics; they are not afraid of the Taliban to a large extent, because the member of the Qatar Office have cleared to Russians that the agenda of the Taliban is very much limited within the boundaries of Afghanistan.

Fourth: The Taliban have made a special force against Daesh; Therefore, Russian would not attack Taliban in the Northern Afghanistan.

Fifth: Russians cannot do this job due to serious objection of America and NATO.

Kabul’s Request to get full membership in SCO

Last week, the head of SCO, Dimitri Mizintsif, has declared that Kabul has officially requested to get full membership in this organization. After Ashraf Ghani took power, Afghan authorities had talked with Russians and Chinese regarding this issue. However, Kabul is requesting to get full membership in SCO in such a time that from one hand the entire Kunduz province was controlled by Taliban for several days and a large number of districts have fell and from the other hand, Daesh has also strengthen its position in Afghanistan.

However, Afghanistan has natural potential to become a full member in SCO; why it has not received the membership of this organization yet? The reasons behind this would be presence of American and NATO forces in Afghanistan and beside that, the foreign policy of Afghanistan, to a large extent, was dependent on the West. However, when the Americans declared its withdrawal from Afghanistan, the relations between Hamid Karzai and America became unfriendly due to the 2009 Presidential Elections, and moreover, the insecurity in Afghanistan reached to its high level in this year, also. So, Afghanistan was given an observer status in SCO in 2012.

The reasons behind Afghan request to get full membership in SCO would be as following: