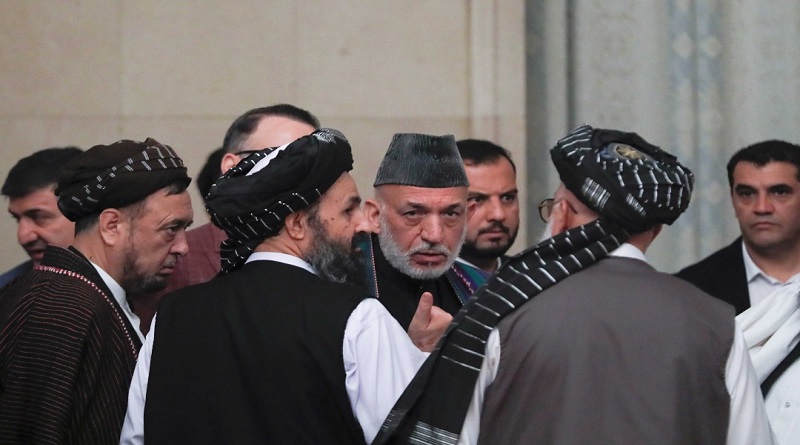 Since the start of direct talks between Taliban and Afghanistan Government delegations in September last year, very little or no progress has been made and the parties looks still very much far apart from achieving tangible results any time soon while the innocent people of Afghanistan are paying high price on daily bases.

Before discussing some of the possible causes of its failure, let’s try and understand, what is required from us as Muslims in such a situation that we make peace between two opposing persons, parties or communities for that matter?

“The believers are nothing but brothers, so make peace between your two brothers and beware of Allah that perhaps you may be shown mercy”. (Al- Hujarat: 10).

“Shall I not tell you of something that is better than fasting, prayer and charity?” They said yes. He said” reconciling between two people, for the corruption of that which is between the hearts is the shaver(destroyer), it is the shaver, and I do not say that it shaves hair, rather that it shaves religious commitments”.(Al-Tirmidhi-hasan).

Subhanallah, reconciling is better than fasting, prayer and charity! That just goes to show how important is for us to reconcile between people. In fact it is so important, although lying is haram in itself; yet, Allah has permitted even lying in order to reconcile between people and to remove discord and conflict. This is because of the negative consequences conflicts and arguments have, on the religious commitments of individuals as well as communities.

However, while making peace between disputing parties, one has to remember that, Islam has a particular methodology and approach to this issue. It is not a matter of simple ‘conflict resolution’. We cannot simply negotiate and compromise until we reach something agreeable to both of them, because it may very well be unjust or not in accordance to Islamic principles. As Muslims, we include Allah into the equation.

Instead of elevating the two parties in relation to each other, we have to examine each of them in relation to what pleases Allah (S.W.T.). For, it is quite possible for two Muslims to be in dispute with each other and yet, neither of their positions is acceptable according to Sharia, even if the other side were to accept it. So when two Muslims or two groups of Muslims disagree or fight, it is upon us the, Ummah, to call all of them to what Allah (S.W.T.) said:

With the above back ground in mind, one cannot dispute the fact that, there is not only a need, but necessary to have mediators in order to assist and guide the conflicting parties through the process of peace making and reconciliation.

In my humble opinion, some of the shortcomings and possible causes of failure or stalled negotiations between warring parties in Doha are as follows:

In conclusion, one can say that, in the absence of experts’ mediators and neutral venue, participation of the ‘silent majority’ representatives, the lack of clarity and definitions of certain terms and concepts, lack of real commitment from all involved to peace and peaceful transition. Most importantly without reaching a ceasefire in order to gain the trust of each other and the people of Afghanistan for whom they are claiming to be fighting, I’m afraid one cannot expect any tangible outcome from such negotiations any time soon. Sadly, from whatever angle one look at this devastating conflict, the victims are men, women and children of our country and those who are fueling the conflict are mostly safe with their families.

Therefore, we would like to appeal to all involved to work hard towards reaching a ceasefire first , giving our war torn country and its people a real hope for peace. Refer all unresolved issues to Quran and Sunnah. No one can reach a peaceful settlement under the barrel of a gun but in the light of Quranic and Prophetic teachings. Let us learn from failed and disturbing events of our resent past and place our trust in Allah the Almighty so that we can gain once again our past glory as a proud and peace-loving nation in the World. Our brothers on both sides should cease this golden opportunity to achieve peace so that Allah have mercy on all of us Insha Allah. Otherwise we will be responsible for the suffering of our people to Allah and the history will judge us very harshly.