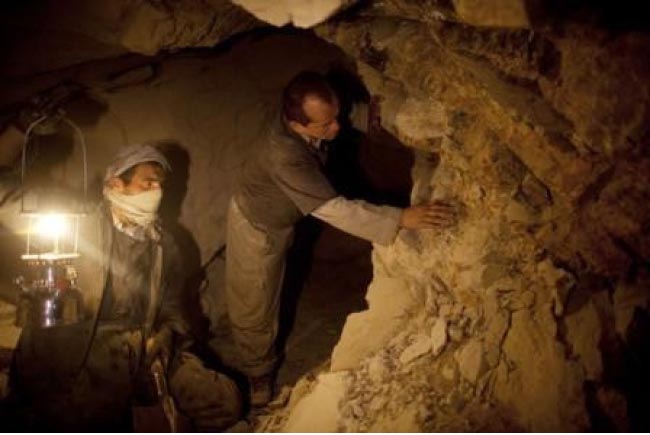 Last month, the Special Inspector General for Afghanistan’s Reconstruction (SIGAR) released a series of reports about the corruption in Afghanistan, one of which is about the corruption in mining sector. According to this report, 488 million US dollars appropriated to the promotion of mining sectors’ capacity were wasted. In its another report released on 20th January, 2016, SIGAR revealed that the “employment, profession and stability” group who were working in development projects in Afghanistan for five years, have received 800 million dollar from Pentagon and according to SIGAR they have spent the money in vain.

Meanwhile, Azadi Radio has recently released a research report about ghost police in Afghanistan; according to this report, there are more than three thousands of ghost police forces in Faryab only and besides the monthly expenditure and salaries, the government has also distributed weapons to them[1].

What is the condition of the corruption in these sectors? What do the released reports say exactly in this regard? And how can it be prevented?

Corruption in the security sector

Since 2007, the Integrity Watch Afghanistan (IWA) in its surveys, has conducted researches on corruption in the Afghan security sector, which shows that there is wide corruption in this sector; according to the IWA’s survey in 2010, most of the people thought that the rate of corruption was high in the ranks of security forces and the Interior Ministry; however, the ministry was ranked as the second most corrupt administration in Afghanistan in 2007, 2012 and 2014. In 2014, almost 15% of the people believed that the police was a corrupt administration and the same percentage of the people have provided bribes to police in the past 12 months (for further information see the following figure) Corruption in the Mining Sector

The IWA released its research report under the name of the “Plunderers of Hope” about the five Afghan mines whose contracts were given to the various companies by the Ministry of Mines and Petroleum. According to the report, in the process of making contracts, political influence, partiality and relations had an important role. According to the report, the high officials of the Wolesi Jerga (lower house of the parliament), Mishrano Jergan (upper house of the parliament) and high profiled government officials preserve and use most of the mines either for their relatives or some powerful people in order to secure their own interests[2].

SIGAR also released its two other reports about the mine sector of Afghanistan in the past one month. The SIGAR had released its first report regarding the mines on April 2015 and its second report on 11th January, 2016.

Most of the TFBSO[3] an USAID aids in Afghanistan were for improving the capacity of the Ministry of Mines and relative administrations. The TFBSO made short term policies in this regard in order to achieve results as soon as possible and USAID, then, implemented long term policies in order to improve capacity-building. However, according to the report of SIGAR released on April 2015, there was no coordination between these two administrations, and the Embassy of the United States in Kabul had done very little to establish coordination between the deeds of these two administrations. SIGAR, however, said that the TFBSO could establish such coordination but it did not.

According to the SIGAR’s report released on January 2016, since 2010, the TFBSO which has to respond to the US Defense Secretary had applied 11 projects in order to develop mines, promote petroleum, expand the access to energy, and improve capacities of stability, mines and geological survey of Afghanistan. According to the report, three projects which cost 54.3 million dollars, had relatively achieved their objectives and three other remaining projects which had cost 39.4 million dollars, had generally achieved their objectives[4].

Why the amount of corruptions is high in these sectors?

Poor Monitoring: according to the report of the IWA about the mines in Afghanistan, the Ministry of Mines and Petroleum makes contracts only by the name and then does not supervise it, and as a result causes billions of Afghanis loss to Afghanistan.[6]

Improper Management: according to the SIGAR’s reports, the US applied 11 projects in the Ministry of Mines most of which have not achieved their objectives that were mentioned above. If the Ministry of Mines had properly managed these projects, corruption would have decreased spontaneously. Meanwhile, the Afghan government has not conducted proper management that is why 1400 mines are currently being extracted illegally in the country, 710 of which are in Kabul[7]!

The corruption in the Ministry of Mines and Petroleum can be prevented by taking these steps:

[4] For further information in this regard see SIGAR’s report: https://www.sigar.mil/pdf/audits/SIGAR-16-11-AR.pdf