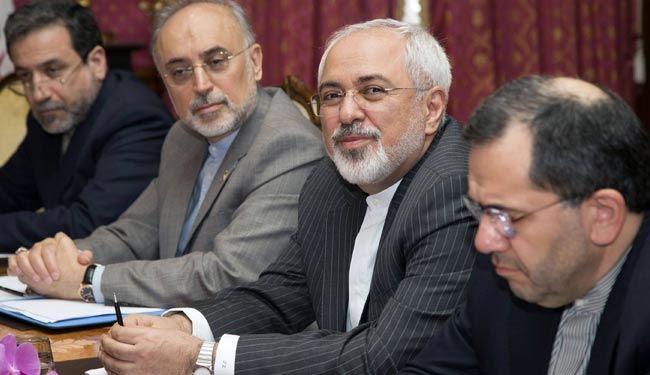 The fourth round of talks between Iran and 5+1 group of the world’s major powers was scheduled to bear fruit until the 31stof March, but the deadline has been extended twice, because the members’ conversation with the media had expressed that the negotiations were having difficulties. Abbas Iraqchi, the deputy foreign minister of Iran in his last short conversation before the final agreement expressed dim prospects of positive talks. Finally, the talks reached to a framework of understanding on April 2nd.

History of Sanctions and the Differences with the US

If we look back to the history of Iran’s nuclear program it dates back to “Shah’s” era, when for the first time the nuclear program of Iran was established with apparently peaceful means. As Iran was a close ally of west and Israel in that time, there was no pressure for its program.

In that time, Iran’s neighbor Iraq had some border dispute with Iran and SadadmHussain also started a nuclear program. As a result, the nuclear technology rivalry started between the two countries.

After the success of Islamic Revolution (1979), Iran involved in a catastrophic war with Iraq. As a result, Iraqi aircrafts targeted the Boshar nuclear power station. From the other side, Israel assumed Iraq more dangerous foe and attacked Iraq’s nuclear power station which was completely dismantled.

After the war, Iran resumed its nuclear program covertly. The United States came to know about Iran’s nuclear program in 1981. Since then, the pressures increased on Iran to abandon its nuclear program. The most effective ones were sanctions on Iranian bank, which used to handle financial give-and-take with the outside world. The sanction limited the oil selling of Iran.

The Zionist powerful lobby in the United States created big barriers in the way of nuclear program and faced Iran with many sanctions which proved very costly to Iran. Though Iran wanted to make it clear to the world that its nuclear program is for peaceful means, the foes of Iran did not accept the allegation.

The Iranians wanted to get benefit of the emerged opportunities so that the United States will show a green light. The invasion of Afghanistan by the United States in 2001 provided this opportunity to Iran. Iran gave its air to Americans, but instead of gratitude, President Bush called Iran the Axis of Evil.

It was not just Israel that assumed Iran’s nuclear program a threat for its security. Gulf countries and Saudi Arabia also opposed the program. It was thought as if Iran once gets nuclear power, then no one can stop it. Having nuclear weapons make a country safe from any sort of foreign invasions.

Internal Differences on the Deal with 5+1

Only supreme leader Ayatullah Khamenaee managed the nuclear program of Iran for is sensitivity. With regard to talks with the west, there are two views inside Iranian political elite: a conservative group is of the view that not agreeing is better than a bad agreement. But the reformists think that a bad agreement is better than no agreement. Although the supreme leader is inclined to the conservatives, in this case he invited them for silence to see the outcome of talks.

After 18 months of talks between Iran and 5+1 major powers, two sides forged a framework of understanding finally. The agreement was warmly welcomed by many in Iran. According to the deal, Iran will cut off some of its centrifuges to make sure they will not be able to make a nuclear bomb, The United States and EU will lift their sanctions once the tasks are fulfilled.

Once the conditions have been fulfilled, the EU oil embargo and other economic and financial sanctions would be lifted, as well as the block on Iran using the Swift system for international electronic banking. In coordination with the EU, Barack Obama would issue waivers on corresponding US sanctions. US and European sanctions would have to be lifted together because the US measures are extra-territorial, so would punish European companies for dealing with Iran.

Israel and Arab counties are concerned that the agreement on nuclear program will provide Iran more opportunities to intervene into other countries. Now, Arab countries have formed an Arabic association against Iran.

“A nuclear deal with Tehran, from the Saudi perspective, means two things: Iran will have the ability to improve its economic standings, and the capability to create a nuclear weapon – since the deal will only take effect for a relatively short period of time of 15 years, and will not destroy Iran’s technical capabilities to maintain a nuclear programme. Both results would strengthen Iran and its allies in the region.”

The fear in Israel is that Iran’s development of any nuclear technology will move it closer to becoming a nuclear threshold state, capable of developing a bomb at short notice should its interests be threatened.