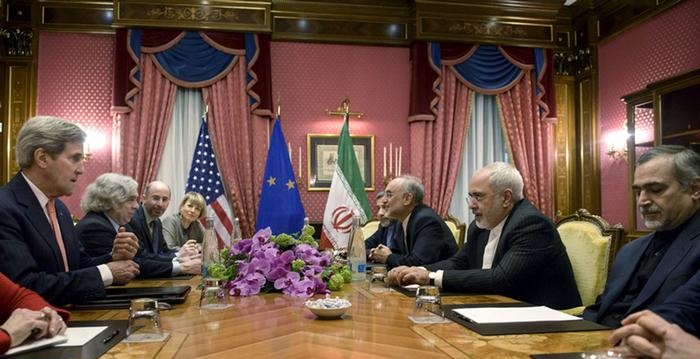 For many decades Iranian nuclear program’s news have circulated in international news agencies. The USA and Iran have been busy in talks with each other regarding Iran’s nuclear program. But the process has been accelerated since Mohammad Hassan Rouhani reached the power. Now, after 18 months of talks, both sides forge a mutually acceptable agreement.

The deal on Iran’s nuclear program has intensely disturbed the balance of power in the region and also it has great impacts on international politics.

A review of Iran’s nuclear program

The nuclear program of Iran was launched in the 1950s with the help of the United States as part of the Atoms for Peace program. The cooperation was changed when US gave five megawatt research reactor. During 50s Iran enjoyed friendly relations with the United States and Tehran was attributed as the policeman of US interests in the region.

In 1979 Raza Shah Pahlavi formed Iran’s atomic energy organization and he expected to produce 23000 megawatt electricity, but with the Islamic Revolution of 1979, the relations of Iran and US suspended due to few reasons:

With the deterioration of the relations, US stopped its Aid to Iran, though it had a peaceful nuclear program. Besides, Iran was dragged in a nine-year-old devastating war with Iraq. Most of the thinkers believe that at this time Iran decided to have nuclear program to safeguard its security.

According to IAEA, Iran received some technical assistance from Abdul Qadir Khan in 1987. In the 90s, the United States imposed some embargos on Iran and it was increased during 2002-2014. In this period, Iran opted for negotiations, but the process faced certain difficulties. However, the two sides could not reach any agreement.

When Hassan Rouhani reached the power in 2013, the negotiations started once again and it was the first time in the last two decades that the two leaders had a telephonic conversation.

Initially, when Rouhani came to power, the United States and Iran forged a six months short-term agreement. According to it, Iran could not enrich uranium for six months and US will not impose any further embargos.

On April 3 Iran and 5+1 reached to and agreed framework in Lausanneof, Swiss.

How far the deal is to be successful?

During the history, each president of the United States made efforts to have great achievements. President Obama also wants to make a history and the deal with Iran is not an ordinary development.

Besides, the Iranian economy was crippled due to ex-president Ahamadi Nejad’s policies which faced Iran with embargos. Therefore, President Rouhani is determined to materialize the deal so that the sanctions will be lifted.

Another reason which will help the deal to be successful, is the decrees of two high level Iranian clerics (Akhunds) who gave against the atomic bomb. In 1996, the then supreme leader, Ayatullah Khumani gave such a decree. And another decree was released by Mohammad Khatami opposing the atomic bomb. Iranians have also indicated the decrees as proof that they are not willing to make atomic bomb, rather they just pursue their nuclear program for peaceful purposes.

The Impacts of the Deal on the Region

Kingdom of Saudi Arabia and Israel are the two major countries of the region who have already opposed any such deal. Israel has accused Iran of supporting Hamas, several times. Moreover, Israel and Iran are regional rivals. Saudi Arabia has also strategic and ideological rivalry with Iran in middle-east. Israel has already expressed its opposition to the deal many times.

It is in the interest of the United States to forge a deal with Iran, because the United States is not going to be part of an agreement which will help Iran build atom bomb. The deal will postpone the hope of Iran to have nuclear weapons.

The lifting of sanctions will make Iran powerfulonce again and to be more active in regional and international politics. Iran will increase its business with the world and foreign investment will also increase to the large extent in Iran when the sanctions are lifted.

Moreover, the economy of Iran will get back to its ordinary situation which is not acceptable for Saudi and Israel, because, the boost in Iranian economy will mean increase in Iran’s influence in meddle-east.

Although he deal will have good implications for Pakistan. It will enable the country to start business with Iran and the gas pipeline Iran-Pak-India project will be on the tableonce again. It is said that Pakistan left the project due to US pressures.