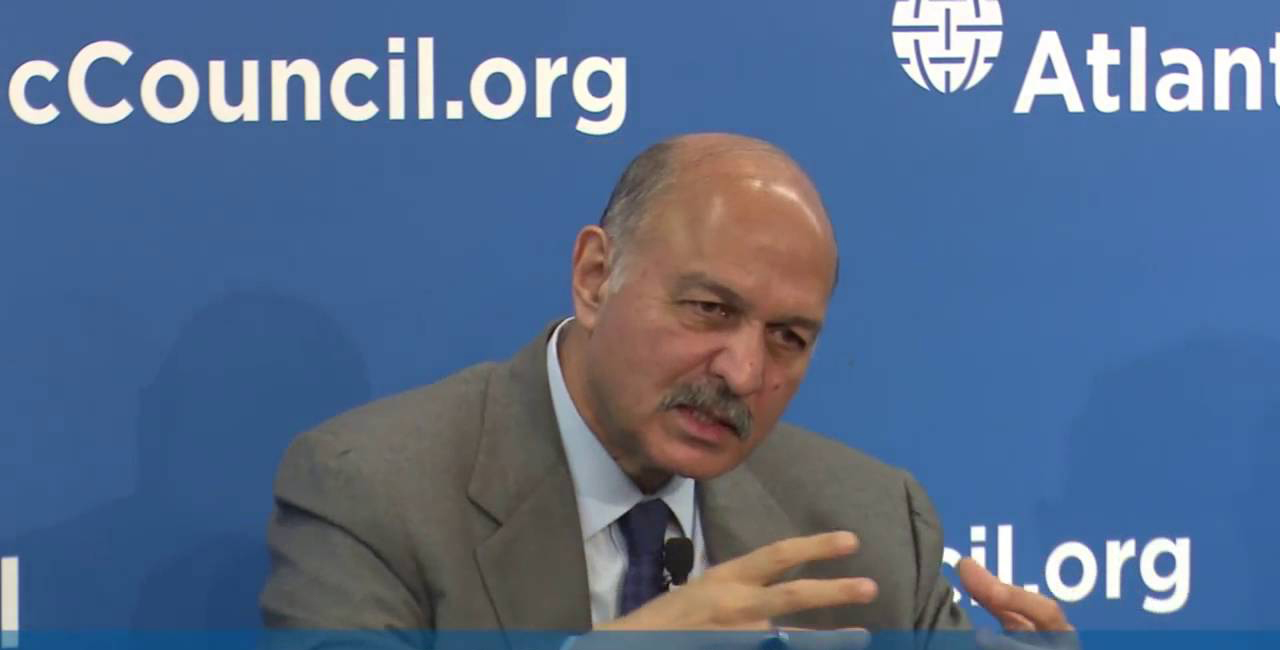 Pakistani Prime Minister’s special envoy on Kashmir, and a member of Muslim League (Nawaz Sharif’s party) in Pakistani Senate and head of Defense Committee in Pakistani Senate Mushahid Hussain said in a meeting in “American Atlantic Council”- an American think tank in Washington- that, “unless the Kashmir issue is resolved, peace cannot be maintained in Afghanistan”.

This statement of Mushahid Hussain has raised reactions inside and outside Afghanistan. The Afghan Ministry of Foreign Affairs, the Afghan National Security Council, the Afghan High Peace Council, Wolesi Jirga, the White House, and some others have condemned Hussain’s statement. Because they think that Kashmir and Afghanistan are separate issues and such statements would only pave the way for proxy wars in Afghanistan.

What is the relation of Afghans with Kashmir? Are Afghanistan and Kashmir separate or one issue? Whether the road to peace in Afghanistan is really via Kashmir? These are the questions that are discussed in this analysis.

Afghans have very old relations with Kashmir and have also ruled them between 1752 and 1819. At that time Afghan rulers expanded markets for Kashmiri shawls and introduced it to international markets. Among Afghan rulers in Kashmir, Jawan Shir Khan was very prominent; he had built the Shirgari Palace (which is still being used by leaders of Indian-administered Kashmir), a bridge under the name of “Amiran Kadal” and some other buildings were built.

The background of Kashmir issue

The Kashmir issue dates back to the time when the Indian subcontinent became independent. Based on the Mounbattan’s plan dated in June 3, Indian colony was divided into two parts; at that time, Kashmir was one of 562 princely states. According to Mountbatten plan, the 562 states were supposed to join either Pakistan or India. More than 70% of population in Kashmir Muslims but the leader of Kashmir was a Sikh and although at first he tried to remain independent but later, due to Pakistani invasion, he appealed for Indian government for military assistance. Thus, Indian and Pakistani forces fought their first war over Kashmir in 1947-1948. India captured Kashmir till Singar and “Azad Kashmir”, as Pakistanis referred to it, remained in Pakistan’s hand.

Later, the second India-Pakistan war over Kashmir broke out in 1965 when, due to Zulfuqar Ali Butto’s advice, the Pakistani President General Ayub Khan ordered the “Operation Gibraltar” in Kashmir. Pakistan had estimated that due to this operation, Muslims in Indian-administered Kashmir will revolt and as a result Kashmir would become either independent or part of Pakistan; but India, in response to “Operation Gibraltar”, attacked Punjab- the strategic province of Pakistan, and reached at the gates of Lahore in a very short span of time. However, the war was stopped due to international mediation and both countries signed the Tashkent Agreement.

After the second war, the Kashmir issue was only raised in diplomatic discussions; but when the Afghan Mujahidin won the war against the Soviet Union and Soviet troops were forced to withdraw from Afghanistan; inspired by the Afghan jihad against soviets, also insurgency was erupted in Kashmir. During this war, the Pakistani Intelligence played a key role in training, arming and supporting Lashkar-e-Tayeba, Jaish-e-Mohammad and some other groups and still continues to do so; thus, the Kashmir war has begun in 1990s.

On the other hand, although today’s Afghan crises has roots in “Sawr communist” coup d’état and Soviet invasion of Afghanistan; but the current crisis in Afghanistan is somehow more related to the US military attack and it’s troops presence in Afghanistan.

The Kabul-Delhi ties and Pakistan’s concerns

In a meeting in Washington-based think tank (Atlantic Council), Mushahid Hussain said that, “Road to peace in Kabul lies in Kashmir in the sense that when you talk of peace, you cannot compartmentalize peace, you can’t segregate a section… ok you can have peace in Kabul and let Kashmir burn. That is not going to happen” [2]

Generally, these statements signify the Pak-Indian proxy war in Afghanistan and besides the recent stances of the Afghan government against Pakistan; these statements are rooted in close Afghan-Indian ties. In international politics these two cases are not related to each other. The Afghan issue is a separate issue from Kashmir case. The war in Afghanistan is due to the US presence while the crisis in Kashmir is rooted back to the Independence of India and Pakistan.

Why does Pakistan relate the Afghan issue with Kashmir?

The followings are the two main factors behind Pakistan’s expressions relating the Afghan issue with Kashmir:

First; breaking the shackles of isolation: Pakistan’s isolation in international and regional affairs in the recent few months has urged Pakistan to make efforts to come out of isolation. In this regard, the Pakistani Prime Minister Nawaz Sharif sent its 22 special envoys to various countries of the world and he also sent its special envoy on Kashmir to the United States.

Second; The revival and Internationalizing Kashmir: after the assassination of the Commander of Hezb-ul-Mujahidin Burhan Wani the situation in Kashmir became deteriorated; and then India imposed curfew in Kashmir, arrested the leaders of Hurriyat group and more than 70 Kashmiris died and more than 1000 others injured in separate demonstrations. Due to this situation in Kashmir, tension rose in India-Pakistan relations and in response to this situation in Kashmir, an Indian army base was attacked in Indian-administered Kashmir and 18 Indian soldiers were killed. Using the opportunity the senior Pakistani officials called Burhan Wani a “Martyr” and later in the UN general assembly, the Pakistani Prime Minister mentioned Burhan Wani and tried to revive the Kashmiri issue and raised it at international level.

Although, human rights are vastly violated in Kashmir and even Indian media at some occasions also reported it; However, due to Pakistan’s support from Jaish-e-Mohammad, Lashkar-e-Tayiba and other extremist groups, international community now do not value Pakistan’s remarks regarding Kashmir.

On the other hand, after fifteen years of war; peace and security is yet to be maintained in Afghanistan. In addition, the Quadrilateral Peace Talks regarding the Afghan peace also did not have remarkable outcomes. Pakistan’s remarks come at a time that international community is fatigued of Afghan war; therefore, by delivering such statements, Pakistan wants to give value to Kashmir case and relate it with the Afghan issue.