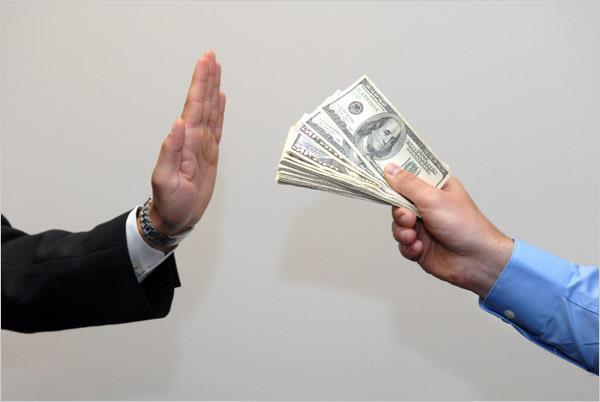 Transparency International released a report on anti-corruption struggle in Afghanistan last week. The report states that the Afghan government’s efforts to fight corruption were solely limited to pledges and not only the current struggle against corruption is not effective, it is also uncoordinated. The Organization, therefore, suggests that the parallel anti-corruption institutions must be revoked and one or few independent and powerful administrations ought to be created to tackle corruption.

Based on the report, Afghanistan’s National Unity Government (NUG) had made 50 anti-corruption commitments, but has delivered just a few of these commitments resulting in wasting one out of every eight dollars aided for Afghanistan. It comes at a time that the NUG believes the fight against corruption as its priority and has stressed so at several international conferences.

The NUG’s anti-corruption fight and the factors behind the NUG’s failure in this fight are issues that are analyzed here.

Since the formation of the Afghan government under Hamid Karzai, a number of domestic and international research centers have conducted many surveys to evaluate the corruption rate in this country. For instance since 2005, Transparency International has conducted surveys every years; Asia Foundation has collected people’s opinions in this regard since 2006; and in years after 2007, Integrity Watch Afghanistan (IWA) has also conducted surveys and researches to evaluate the corruption rate in Afghanistan.

A review of the corruption-related surveys and researches in the past 15 years signify that not only the level of corruption in the country is not reduced; it has also reached new heights in 2015.

Based on the surveys of Transparency International, from 2005 to 2009, corruption increased; but from 2009 to 2011, it reduced and in 2012 and 2013, it reached its heights. In 2014, due to some anti-corruption efforts by the NUG, corruption decreased in Afghan administrations but in 2015 it augmented again.

The surveys by Asia Foundations, on the other hand, show that in peoples believe, after 2005, the level of corruption in their daily lives, their neighborhood, in local administrations in provinces and in all over Afghanistan has increased.

IWA has also released its four surveys on corruption in Afghanistan. These surveys show that in 2007, 2010, 2012 and 2014, the total value of bribe and the adults who have bribed officials are increased.

Some other administrations such as the United Nation’s Office on Drugs and Crimes (UNODC) and Organization of Budget Transparency have also published researches and surveys concerning corruption which overall indicates the increased level of corruption in post-2009 years.

Although, at first, the NUG held some rapid and serious anti-corruption steps, which resulted in falling in the ranks from the second to the fourth most corrupted country in the world. But then the anti-corruption fight was not pursued with such seriousness and rapidity.

The Afghan government has not yet fully received the Kabul Bank loans neither it has tried the corruption culprits in court (although some people were tried in courts but overall these prosecutions were not cohesive) nor has it brought comprehensive reforms in anti-corruption institutions (for instance, judiciary, prosecution and security sectors).

Why did the government fail in its fight against corruption?