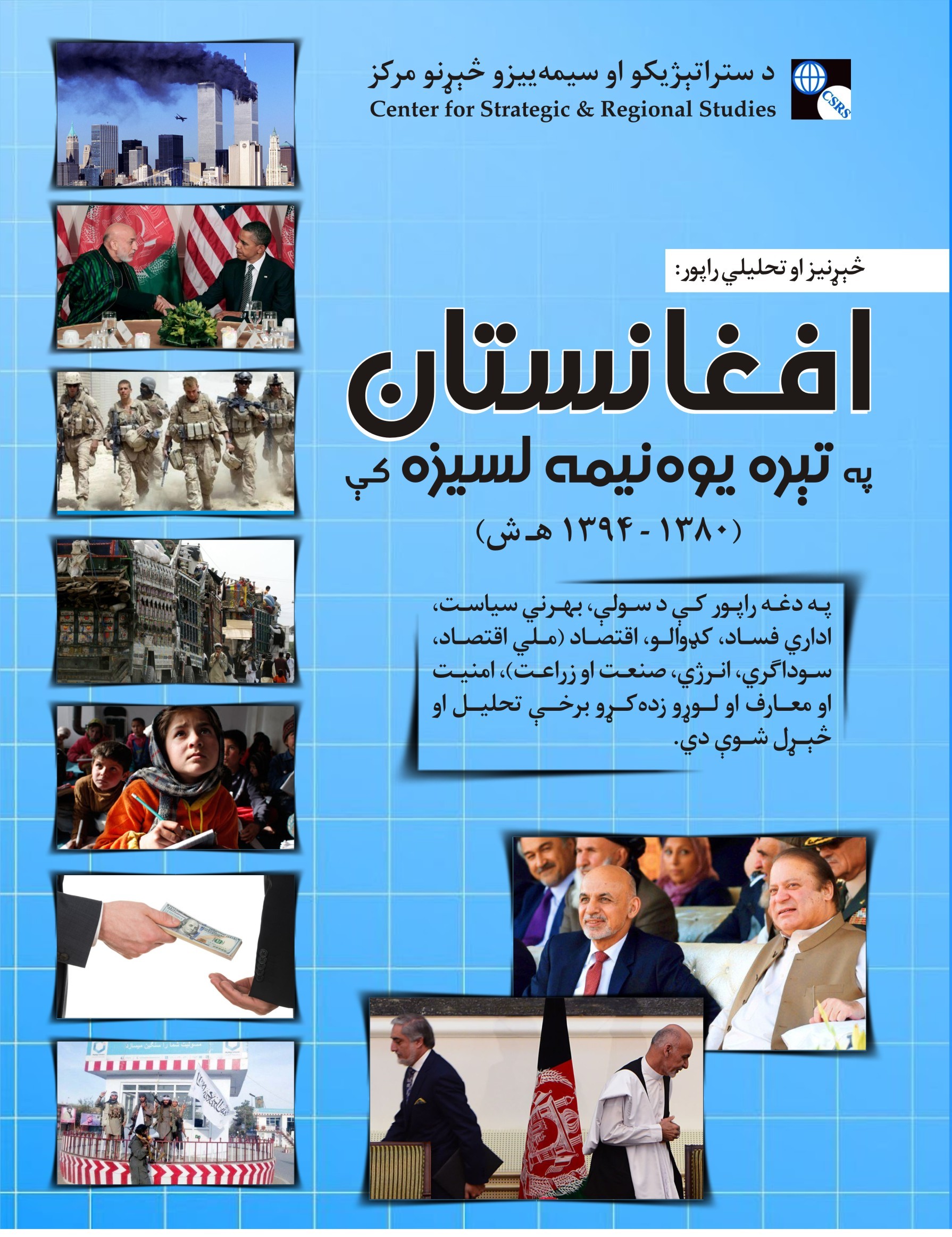 Events & Updates
December 17, 2016December 18, 2016 admin 233 Views 0 Comments slideshow, The research and analytical report on “Afghanistan in the past one and a half decades” is completed, ticker

CSRS’s research and analytical report about the country’s various sectors in the past one and a half decade is completed. This report is to be officially published in the upcoming days.

This report is composed of peace, foreign policy, corruption, migrants, economy (national economy, trade, energy, industry, agriculture and livestock), security and crimes, education and higher education chapters, which are analytically studied. The findings about the developments, failures and the challenges to these sectors are brought-up in this report. Besides that, the center’s recommendation is also included.

Researchers in the CSRS had conducted both qualitative and quantitative researches in 1394 and 1395 and a survey was conveyed in the major cities of the country in order to gather the opinions of the Afghan elites/intellectuals about the above-mentioned sectors.

Although various national and international organizations publishes their annual reports about the situation in Afghanistan every year; but the characteristic of the CSRS’s report is that it is not limited to any sector or any particular year and it has impartially studied the overall post-2001 situation.