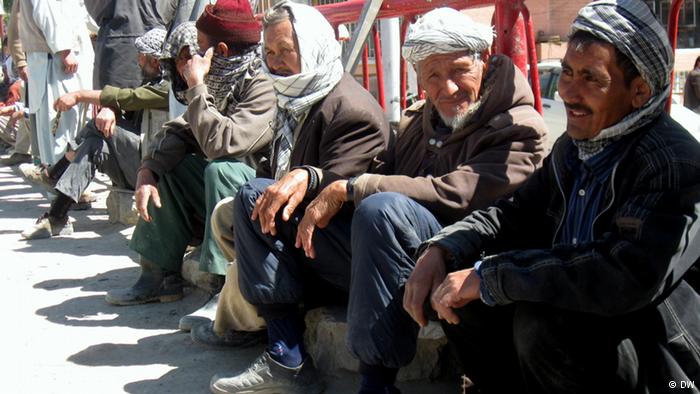 Speaking in a ceremony entitled “encouraging for employment”, the Afghan President Ashraf Ghani vowed that the government would take serious measures to create job opportunities for the Afghan youth. “Currently Afghanistan needs work in various fields and each and every young Afghan is the symbol of the country’s future,” the President said. According to government’s plan, ten thousand educated afghan youth will be hired in government administrations[1].

The leaders of the National Unity Government (NUG) have always stressed on creating job opportunities for the Afghan youth, but still there are hundred thousands of unemployed young people in the country. On the other hand, unemployment in the country had led the Afghan youth population to seek income through illegal means and commit heinous crimes.

Employment situation in the country, the main factors behind increasing unemployment and the government’s policies to tackle it are issues that are analyze here.

The Unemployment in Afghanistan

Unemployment is a social issue and has negative consequences for individuals and societies. An individual who is looking for a job but not finding one is unemployed.

In the past one and a half decade, beside other issues, unemployment was also one of the main challenges of the Afghan people, which are directly related to insecurity in the country. Despite billion dollars of international community’s aid to Afghanistan, the necessary steps for sustainable employment are yet to be taken.

In 2014, the Afghan Ministry of Labor, Social Affairs, Martyrs and Disabled announced that from 10 million labor force in Afghanistan, 800 thousand are absolutely unemployed[3]. In the meanwhile, some statistics show that 23% of the Afghan population, most of them youth, are unemployed and the National Union of Unemployed People has declared this number to be more than 50% of the labor force.

Tens of thousands of youth are graduated from public and private universities in the country and due to lack of working opportunities and widespread corruption in the governmental administrations, most of them are unemployed. At the beginning of 1395, the Afghan officials reported about the 25 thousand unoccupied posts in Afghan ministries and administrations while hundred thousands of Afghan educated youth were unemployed.[4]

Reasons behind the rise of unemployment

Creating job opportunities was one of the promises that the leaders of the NUG had made during their 2014 Presidential election campaigns. In the first year of its formation, due to internal differences, the NUG was unable to take effective measures to address unemployment in the country and finally in Aqrab 1394 (Afghan Solar year), the Afghan President Ashraf Ghani announced the National Employment Program (NEP).

The NEP had five parts including agriculture and improvement in irrigation system, cleaning cities, city and house building projects, construction of roads to villages, construction of dams and raising the electricity production of the country. The Afghan Ministry of Rural Rehabilitation and Development announced its scheme of implementing this program in three stages. The first stage of the program created 235 thousand short-term jobs in 12 provinces. The second stage started in summer this year in five provinces and more than 1500 development projects were launched. Its third stage, with 2.7 billion Afghanis expenditures, will start in March 2017[6].

If one studies this program, one will find out that it cannot solve the unemployment issue effectively in the long run. Decreasing unemployment requires creating long-term jobs, which is directly related with the expansion of industrial sector. While industry is the main driving factor of the countries’ economies, the Afghan government has not paid the required attention to it.

Based on the new program of the Afghan government (Encouraging for Employment), which will begin in 2017, the applications of more than hundred thousand youth would be gathered and 10 thousand of them would be hired in Afghan government’s administrations.

[2] “Afghanistan in the past one and a half decades”, CSRS’s research and analytical report, edition 1395.

[5] “Afghanistan in the past one and a half decades”, CSRS’s research and analytical report, edition 1395.