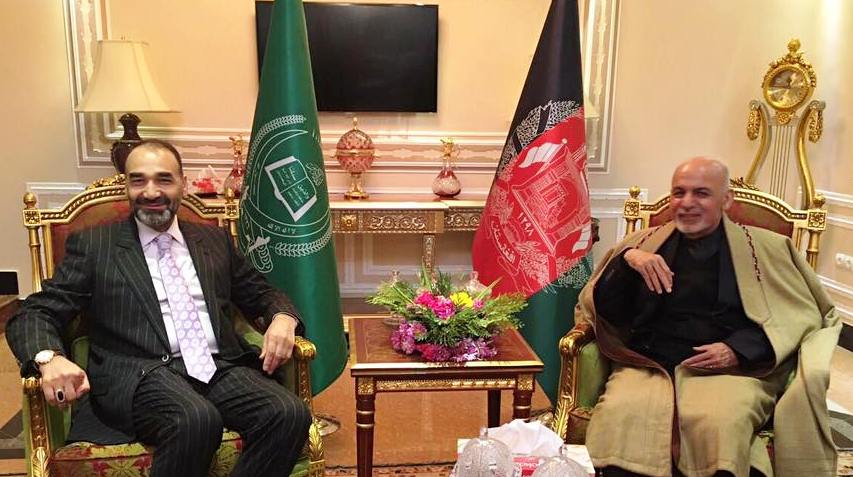 Some senior members of Jamiat-e-Islami do not seem to be content with the National Unity Government in Afghanistan and are making efforts to further balance political power. Recently, in this regard, talks between the Presidential Palace and Ata Mohammad Noor are revealed.

While, during the 2014 Presidential Election, most of the senior members of Jamiat-e-Islami stubbornly backed Dr. Abdullah Abdullah and even accused those who did not back Abdullah of national betrayal; but recently news have been heard that Ata Mohammad Noor, one of the stubborn supporters of Abdullah and Ashraf Ghani’s opposition during 2014 Presidential campaigns, no longer trusts the Chief Executive and he himself has entered in political bargaining with Presidential Palace. Another factor behind these talks is said to be Ghani’s persistence on Ata’s dismissal from the governor’s post in Balkh province and Ata’s disinclination unless being offered more privileges.

Jamiat-e-Islami is one of the major parties in the country which fought against the Soviet Unions in Afghanistan and had the leadership of the Mujahedin in 1990s as well. Later, this party fought the Taliban Regime till their overthrow, with the help of the United States, in 2001. The background of Jamiat-e-Islami, and talks between the Presidential Palace and the members of this party with consideration of probable intraparty differences are issues that are analyzed here.

The foundation of Jamiat-e-Islami was put by Burhanuddin Rabani in 1970s and Rabani was the leader of this party until 2011. During the Afghan Jihad against the Soviet Union this party was one of the major Jihadi groups and played a significant role in the Afghan Civil War after withdrawal of the Soviet troops from the country.

When Kabul fell at the hand of the Taliban in 1996, Jamiat retreated to the north of the country and formed the National United Front or Northern coalition to fight against the Taliban and fought with the Taliban until the overthrow of the Taliban regime in 2001. After the 9/11 incident, when the United States started airstrikes on Afghanistan, Jamiat soon recaptured Kabul.

After overthrow of the Taliban Regime, this party have had a significant role in the structure of the Afghan government and when after the 2014 Presidential Election, Dr. Abdullah signed the NUG agreement to 50-50 distribute the political power with Ashraf Ghani, Jamiat-e-Islami became one of the significant parties of the National Unity Government (NUG).

Agreements between Ghani and Jamiat-e-Islami

During electoral campaigns, Ashraf Ghani would always resonate the slogan that he would not make a “stock company”, but in the aftermath of the elections, violating the Afghan constitution divided political power with his political rival and created the post of Chief Executive which later-on triggered many internal oppositions.

Although, in order to gain the support of his party, Dr. Abdullah harshly criticized Ghani, but recently it seems that Jamiat-e-Islami and particularly its Chief Executive Officer (CEO) Ata Mohammad Noor does not seem to be pleased with Abdullah’s deeds and therefore, he himself is trying to enter direct talks with Ashraf Ghani in order to gain more political privileges. The agreement with the CEO of Jamiat-e-Islami is the second agreement to include some members of this party in the Afghan government.

On the other hand, talks between the Presidential Palace and Ata Mohammad Noor has resulted in probable intraparty conflicts and after the talks between Ata Mohammad Noor and the Presidential Palace, a number of Jamiat’s leaders and members of leadership council who were gathered in a meeting in Kabul described the talks between Ata and Ghani as unclear. Rumors are heard that Ata is trying to bypass Abdullah and get a better political position in the country because Abdullah was Jamiat-e-Islami’s candidate and, therefore, this party has the right to decide about the fate of the Chief Executive post. There are rumors as well that Presidential Palace thus wants to break the existing stalemate about General Dostum and continuing differences with Dr. Abdullah Abdullah.

As all other parties and groups, Jamiat-e-Islami was also faced with intraparty conflicts and after 2001, the significant members of this party such as Dr. Abdullah Abdullah, Marshal Mohammad Qasim Fahim, and Unis Qanoni were trying to marginalize Ustad Burhanuddin Rabani as a member of this party Mohammad Ekram Andishmand, who was active in cultural aspects of this party, has written in this regard in his book “the US in Afghanistan”.

After the assassination of Ustad Rabbani, his son Salahuddin Rabbani was appointed as the acting head of Jamiat-e-Islami and, due to non-convention of the congress of the party, he still remains in this post. It seems like Salahuddin would remain in this post until the conflict between Jamiat’s elders is ended, because, comparing to other members of the party, he is the least powerful person and the elders of the party do not see him as a threat to their own future.

In the past Presidential Election and in many other following occasions, the members of this party did not have a unified position. For instance, the former Minister of Energy and Water Ismael Khan, Ahmad Zia Masood and some other significant leaders of Jamia-e-Islami were not with Dr. Abdullah Abdullah in 2014 Presidential Elections.

Currently some members of Jamiat are leading separate political organizations and only in case of serious problem or self-interest they join the party. For example, Amrullah Saleh has a movement “Rawand-e-Sabz” “the green trend”, Unis Qanoni leads a movement called “Afghanistan-e-Nawin” “the New Afghanistan”, Ahmad Zia Masood has a trend under the name of “Jabha-e-Meli” “National Front”, Ahmad Wali Masood has a foundation “the Masood foundation” and Ismael Khan leads the “Shorai-e-Mujahidin” “ the Mujahidin Council” in Herat.

Although, Dr. Abdullah has seized 50% of the power in the country on behalf of Jamiat-e-Islami but sources close to Ata Mohammad Noor has said to BBC that Ata no longer trusts Abdullah and this party would gain its share from the government.

If the leaders of Jamiat-e-Islami tried to gain interests through individual bargaining, they may gain individual interests but they would lose the unity in the party and soon this party would face serious fragmentation. Besides that, it is said that the agreement between Ata Mohammad Noor and the Presidential Palace would also decrease Jamiat’s power.

The Jihadi groups that fought for power in Kabul in 1990s, it seems that they would, once again, face each other in the current government and each one of them are trying to gain more privileges. Ashraf Ghani is also trying to go through any possible way to eliminate these sources of power and it was the same reason Ghani signed the peace deal with Gulbuddin Hekmatyar.

Although, Jamiat-e-Islami holds 50% of power in the government, but the senior members of the party are out the government’s structure and now Ghani wants to bring Ata Mohammad Noor on the scene and thus reduce the power of his political partners who are now obstacles in his way.