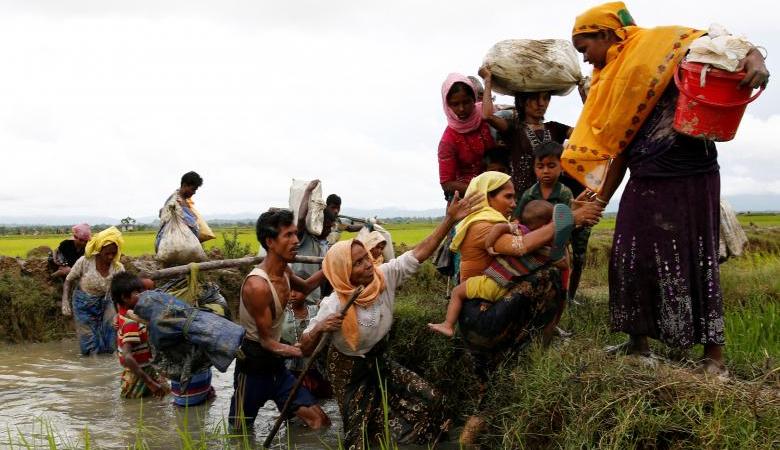 On the other hand, the Burmese government says that it has killed 370 of the armed group of Rohingya Muslims. According to the reports of the UN, in the recent clashes between the Muslims and Buddhists, more than one thousand Muslims are killed.

The ongoing tragedy in Myanmar is raised as an important issue for Muslims. The cruelties in Burma was condemned by Turkey, Indonesia, Malaysia, Bangladesh, Pakistan, Afghanistan, etc. international organization such as Human Rights Watch and United Nations have also condemned the ongoing cruelties in Burma.

What is the situation in Burma? When did the violence between the Rohingya Muslims and Buddhists begun? What are the factors behind the ongoing violence? These and other similar issues are analyzed here.

Myanmar of Yesterday and Today

Myanmar is an Asian country and a member of ASEAN and is bordered by India and Bangladesh to its west, Thailand and Laos to its east, China to its north and the Bengal Gulf to its south.

87.9% of the population are the followers of the Theravada Buddhism, 6.2% are Christians and 4.3% Muslims.

Historically Myanmar was a prestigious country, but between 1824 and 1885 it lost its independence after three wars with the British and became part of the British colony. The British captured the entire Burma on the first January 1886 and made it part of the British India. However, on 1 April 1937, Burma was announced as a separate colony of British which also had its separate government.

After the ousting of the British from the Indian subcontinent, Myanmar gained its independence on 4 January 1948. The current borders of Myanmar was also defined based on the policies of British.

Although at the beginning a democratic government was established in Burma, between 1962 and 2011, Burma was ruled by the military.

The condition of Muslims in Myanmar

The ongoing tragedy against Muslims in Burma is not a new phenomenon, but it is rooted back in the past several decades. The Muslims live in Burma for a long time, but the Burmese government consider them as aliens and sometimes as Bengalis.

When Burma gained its independence, a law of citizenship was approved, which defined Burmese citizens. In this law, the Rohingya Muslims were not included. After the 1962 coup d’état in Burma, the Burmese government distributed ID cards to the Rohingya Muslims identifying them as foreigners. This approach affected the economy and the education of these Muslims.

The UN and the Human Right Watch organizations have recognized the humanitarian crisis in Myanmar. That is why in 2016, officials in the UN have said that efforts are being made to eliminate Rohingya Muslims. The Human Rights Watch says that the Burmese government is trying to eradicate the Rohingya Muslims.

The future of Muslims in Burma

Given the past condition and the ongoing situation of Muslims in this country, we can say that the Rohingya Muslims will be victims and their future is unclear because:

First, they do not have the nationality of Myanmar.

Second, they are not the nationality of the neighboring countries, nor they are allowed to take refuge in these countries nor can they return to their homeland because according to the Burmese laws they are announced stateless. Due to the violence in the past two weeks, approximately 120 thousand Rohingya Muslims are migrated to Bangladesh and based on the estimated statistics of the UN; this number could rise to 300 thousand. In the meanwhile, the Burmese government has also begun the process of mining the border between Burma and Bangladesh. If the current situation continues the return of Burmese in Burma in the future and the process of their migration will be affected.

The only way to change the situation of Muslims in Burma is to give citizenship to Rohingya Muslims and give their fundamental human rights. This end can be served by undertaking the following measures: