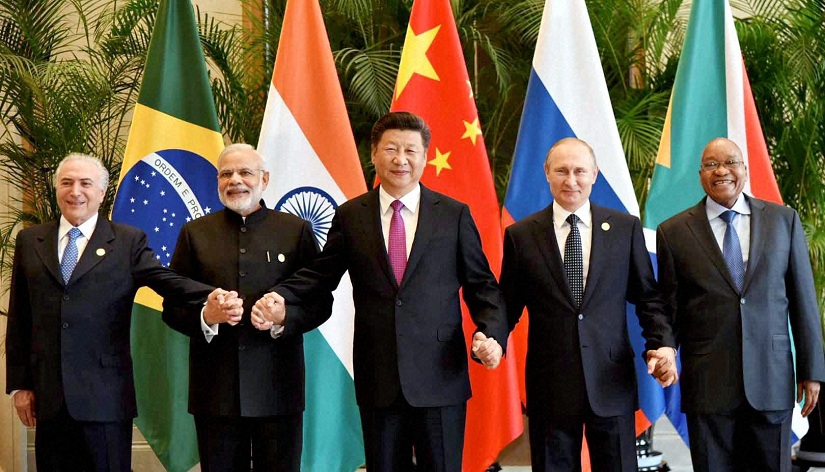 In the declaration of its recent summit on September 11, BRICS, which is an organization of five powerful countries, condemned the activities of the Taliban, al-Qaeda, Haqqani Network, ISIS, Lashkar-e-Tayiba, Jaish-e-Mohammad, Tehreek-e-Taliban Pakistan, Jamaat ul-Ahrar, and some other armed groups in the region and particularly in Afghanistan.

Most importantly, in this declaration the phrase terrorist groups “within Pakistan” was mentioned, something that sparked Pakistan’s reaction. Pakistan rejected the declaration of BRICS while its strategic partner China is one of its signators.

When was BRICS established and why? What was the contents of the Xiamen declaration of BRICS and what is its impacts on the region? These and other similar questions are analyzed here.

The five BRICS countries represent 41% of the world population, have 22% of gross world product, controls 27% of the land on Earth, has 50% of world’s economic growth, the value of its vote in the World Bank is 13.24%, and their share in IMF is 15%.

The Xiamen declaration of BRICS and reactions

The presidents of the three member countries and Prime Minister of the two member countries had participated in the 9th summit of BRICS held in Xiamen, China. Although the organization organizes meetings and issues statements and declaration every year, the importance of its recent declaration is due to its indication of “terrorism” in the region as well as the security situation in Afghanistan and the region.

For instance, BRICS condemned the violence of armed groups particularly the Taliban, al-Qaeda, Haqqani Network, ISIS, and some other groups in Afghanistan. That is why they also announced their support from the Afghan security forces. Moreover, the declaration has also pointed out groups in Pakistan that had threatened the security of the region. Besides the Taliban and Haqqani Network, the declaration also named Jaish-e-Mohammad and Lashkar-e-Tayiba as well. It is certainly a backing of Afghan and Indian stances. That is why both Afghanistan and India have welcomed the BRICS declaration and have said that it was a historic declaration.

On the other hand, Pakistan has rejected the declaration. From Pakistan’s Ministry of Foreign Affairs to its Ministry of Defense, many officials have commented on the issue. According to the official stance of Pakistan, it is Afghanistan that has endangered the security of the region because they say that the Afghan forces do not have control over 55% of their territory. In addition, as before, Islamabad has also played the card of sympathy saying that it is Pakistan which is the victim of “terrorism” and not others.

Why is the recent BRICS declaration surprising?

Currently, our region is witnessing interesting geopolitical changes. The Shanghai Cooperation Organization (SCO), which is a security and economic organization, is now gradually adopting cultural aspects; the SCO Youth Camp is a proof of the fact. Moreover, BRICS, which is largely an economic forum, is gradually paying attention to the security aspects of the region. In the Xiamen declaration of BRICS, the security part was astonishing for everyone because:

First, for the first time China did not support the Pakistani stance regarding terrorism and the presence of al-Qaeda, the Taliban, and Haqqani Network in Pakistan, but quite contrarily indirectly supported Afghanistan and India’s position.

Second, for the first time, China named the anti-Indian terrorist groups in Pakistan as “terrorists” and expressed concern about their existence. It occurs at time that in the past 18 months, China has repeatedly blocked the Indian initiative to include the leader of Jaish-e-Mohammad in the terrorist-list of the UN.

Third, despite the closing relations of Pakistan with China and Russia, Beijing and Moscow supported such a declaration, which was unexpected.

The impacts of the declaration of BRICS on the region

The Xiamen declaration of BRICS could have impacts on the region in the following aspects:

First; the Pakistan-China relations: since the past several years, China pressurizes Pakistan in official meetings to end its policy of using armed groups as instruments to further its foreign policy goals. These pressures were to a greater part hidden from the eyes of the public and cameras of the media. It is the first time that China publicly expresses its disgust regarding this policy of Pakistan. Despite all these developments, it does not mean that the Chinese-Pakistani relations are deteriorating, but China is putting pressures on Pakistan for the security of its major regional economic projects while Pakistan is no longer a strategic partner of the US.

Second, Afghanistan: since ever the beginning of his tenure, the Afghan President Ashraf Ghani was seeking regional consensus against “terrorism”. To achieve this end, he traveled to many countries but did not get any positive response except from China. However, the recent declaration of BRICS revived Kabul’s hopes because, on the one hand, it recognized Pakistan as an engaged party in Afghanistan and, on the other hand, condemning the violence of armed groups pledged assistance with the Afghan security forces.

Third, India-China ties: since July 2017, violence between India and China has increased in Doklam, and since 1962 it is the first time that tensions on the borders between the two countries have escalated. However, one week before the summit of BRICS, the two countries reached an agreement and settled the dispute between themselves. This situation also played a role in drafting the recent declaration. In the current year, supporting Pakistan, China blocked Indian efforts twice; India’s membership in the NIG and recognition of the leader of Jaish-e-Mohammad as a “terrorist” in the UN. However, the question is how much naming the Jaish-e-Mohammad and Lashkar-e-Tayiba as terrorist groups in the BRICS declaration will affect the India-China relations.