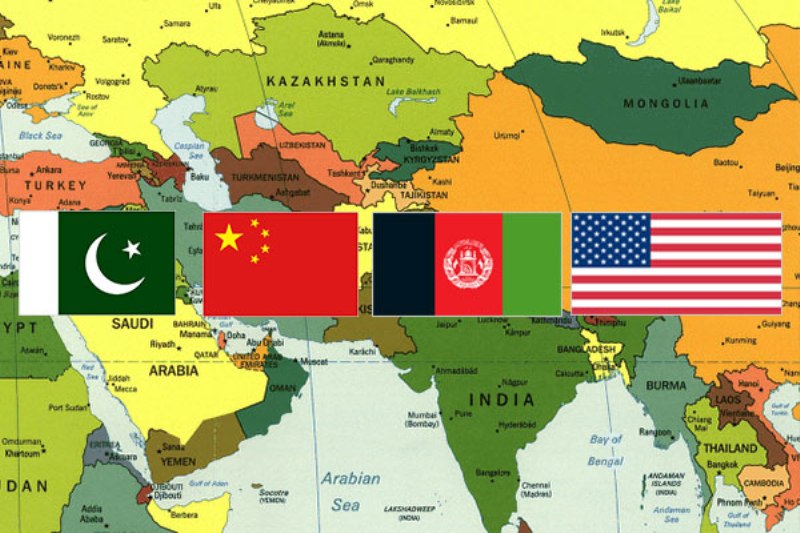 The media outlets quoted the Afghan and Pakistani authorities last week that the next meeting of Quadrilateral Coordination Group (QCG) was to be held on 16 October 2017 in Muscat, Oman. The Afghan National Security Council (NSC) has acknowledged that Afghanistan has accepted Pakistan’s proposal about the resumption of the Quadrilateral Talks. The representatives of Afghanistan, Pakistan, China and the US will take part in this meeting. Although the Pakistan Foreign Minister Khwaja Asif has announced that the representatives of the Taliban will also attend the meeting, quoting some senior Taliban members, some media outlets have reported that the Taliban’s representatives will not participate in this meeting.

The two countries (Afghanistan and Pakistan) have agreed about holding the next meeting of QCQ while before this a high-ranking Pakistani delegation had visited Kabul and had met the Afghan President and other Afghan senior officials.

How did the QCG form? What were the reasons behind the failure of the quadrilateral talks? And what are the probable messages and outcomes of the upcoming Oman meeting? These and other similar questions are analyzed here.

When Ashraf Ghani came to power in Afghanistan, the Afghan government approached to Pakistan for its peace process which led to the Murree talks. However, the disclosure of the death of Mullah Omar sabotaged this process.

Within six months, with the efforts of some countries in the region and the world, the Afghan peace process was resumed under the Quadrilateral Talks. The difference between the Murree and Quadrilateral Talks was that in the later, the two powers of the world China and the US had also participated to guarantee the commitments of both sides. Nevertheless, one and a half year after the beginning of the QCG meetings, the two powers failed to ensure the promises, and they played only the role of a facilitator when tensions rose between Pakistan and Afghanistan.

The first meeting of Quadrilateral Talks was held in December 2015 which formed the Quadrilateral Coordination Group (QCG), which in turn held its first meeting in Islamabad on 11 January. The QCG held its second meeting in Kabul on 18 January, the Third in Islamabad on 6 February, the fourth in Kabul on 23 February, and the Fifth also in Kabul on 16 May 2016. In the statements of both the third and fourth meetings, the group had spoken about the beginning of the direct talks between the Taliban and the Afghan government, but the representatives of the Taliban denied to participate in these meetings to the end nor did the face-to-face negotiations started out of the framework of the Quadrilateral Talks.

The reasons behind the failure of QCG

The QCG have to this point failed to facilitate direct talks between the Afghan government and the Taliban. The following are the most important factors behind this failure:

First, the mechanism of the quadrilateral talks. The Afghan Taliban were not trusted from the beginning, and in the statements of the first, second, and third meetings it had been said that practical action would be taken against those Taliban members that do not take part in these talks. It means that even from the start, the policy of bringing the Taliban to the negotiation table through intimidation was undertaken while if one assesses the political-psychological condition of the Taliban, one will find out that the Taliban do not easily surrender to such pressures. This policy has still prevailed its impacts on the Taliban, and the group is yet to show a willingness to participate in these talks.

Second, most of the promised that were made about the Afghan peace process in the QCG meetings were not fulfilled. For instance, Pakistan had pledged to take action against the Taliban if the group did not participate the peace process, a promise yet to be fulfilled.

What is the objective of Oman meeting?

The sixth QCG meeting in Oman will be held at least after a little more than one year with the participation of Afghanistan, Pakistan, China, and the US. The followings are the most important goals of this meeting.

First, this meeting must be seen as a way of improving the relations between Afghanistan and Pakistan rather than facilitating direct talks between the Taliban and the Afghan government.

Second, since the past one week, Pakistan has undertaken efforts to ease tensions in its relations with the US and notably Mr. Trump. That is why it released the American-Canadian family from the captivity of the Haqqani Network after five years. The surprise was that the US President, the Secretary of Defense, and the Secretary of State praised this step by Pakistan. According to Trump, it was a positive step towards improving the relations between the US and Pakistan.

Overall, every effort toward peace is promising, but it seems that the upcoming meeting will rather be focused on easing the tensions between Afghanistan and Pakistan than providing the way to directs talks with the Taliban.

The Afghan Taliban believe the US to be the primary party of the current war in the country and they have declared that they will continue this battle until the complete withdrawal of the US soldiers from Afghanistan. Therefore, the limited role of the US in the peace process and the Afghan government’s peace efforts through its foreign policy and mainly through Pakistan have led the peace process towards failure, and it may not reach any tangible outcomes anytime soon.

Moreover, instead of finding new ways to conduct peace talks, the Afghan government has undertaken the policy of fighting and suppressing the Taliban. The new US strategy towards Afghanistan also focuses on such a policy.