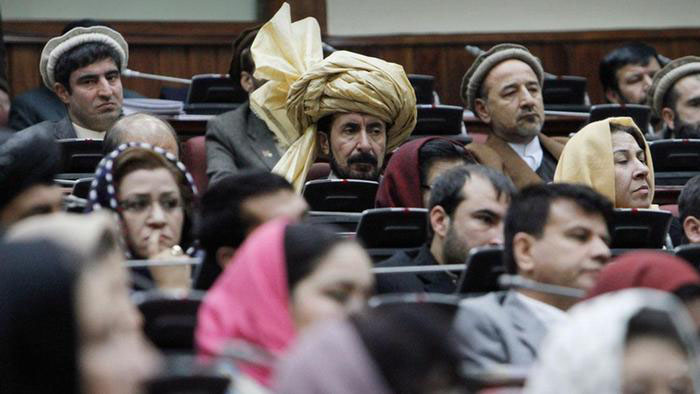 Up to now, the National Unity Government is not prepared for parliamentary elections. Last year, after electoral crisis, both sides of the NUG agreed that they will bring reforms in electoral system, after the cabinet was constituted.

The Memo of NUG says: “To make sure that the upcoming elections would be free and fair, the electoral system needs basics changes”. It maintains: “The President shall, according to agreement, after formation of government, order a commission for reform on the mentioned issue, through an ordinance”.

Cabinet of NUG was constituted lately; even until now the defense minister is not taken confidence vote from the parliament, that’s why reformation of electoral system was delayed. Then President Ashraf Ghani selected Shokria Barakzai as head of special commission for electoral reforms, but Abdullah Abdullah was against it.

Now, the majority members of Parliament blame government for all this. They are trying to continue their period and say, in constitution “After Election” is mentioned. According to their interpretation, their term will be extended until new election is held.

The Frist violation of Constitution!

No one can legitimize this government of Afghanistan. Because, it is known that NUG is illegal. Even when the head of election commission announced the results of Presidential election, he did not clearly declare the winner and loser.

The Continuation of Legal Vacuum

From the very beginning, the NUG has violated the law and constitution. At that time, it was a great success to reach a consensus. But it created many problems. For instance, executive office was illegitimate. Its budget is also a legal problem.

If grieve disagreements have not been existed between the two factions of NUG, then cabinet might have been formed on time and, then, reforms of electoral system and Loya Jirga would have been summoned and the illegitimacy of NUG would have been easily removed. But, all this would have happened if it was on time. However, now, the parliament faces such a legitimacy problem that cannot have been created without the poor performance of the govt.

Why Parliamentary Elections are delayed?

These are the basic reasons for the postponement of parliamentary elections:

The following points are the main obstacles to parliamentary elections:

The Challenge of Illegitimacy!

Unfortunately, the NUG has gradually committed illegal acts. Starting with the Saratan 1st (22 June) none of the three organs of the government would have legitimacy. First of all, chief executive office was formed illegally. Judicial organ is already governed by acting head. The only organ, which was according to law, was legislative organ. After 22 June, the legislative organ would be illegitimate.

Last week, a Member of Parliament has explicitly said that both president and Supreme Court do not have legitimacy.

That’s how; systematically a series of violations of law were started. This series will continue, even after June 22. Apparently, NUG will be based on political agreement, let the lower house of Parliament continue illegally, so the only legal organ of the NUG will cease to be legitimate. On the other hand, it does not seem possible that elections will hold soon and the crisis of illegitimacy will be solved. If both factions of government do not endeavor to solve the problems, the crisis of illegitimacy will also affect NUG’s legitimacy.

The ruling illegitimacy crisis had these conclusions: