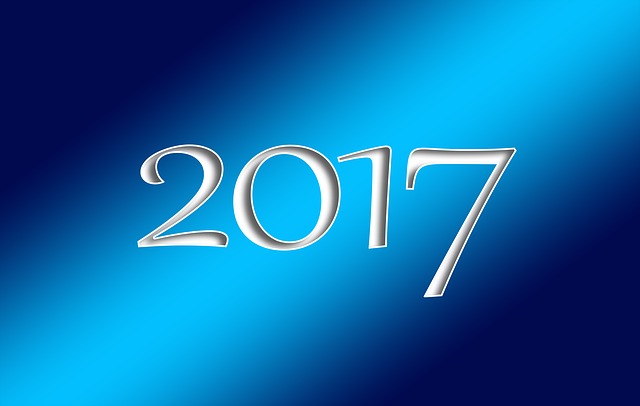 2017 was a year full of challenges and problems for Afghanistan. The political disagreements were reached its highest levels compared to the past 16 years. The security situation in the country was also deteriorated and this years was the bloodiest compared to the past one and half decade. Based on the recent report of SIGAR, the territory under the control of the Afghan government has decreased to 57%.

Besides these problems, the Afghan government has had some achievements as well. For instance, last year the level of the national incomes of the government also increased and a larger percentage of the national budget was also spent.

The 50-50 approach of sharing power between Ashraf Ghani and Dr. Abdullah Abdullah resulted in the formation of the National Unity Government (NUG) and it was due to this division of power that the government weakened. In 2017, these internal differences had shadowed the political scene of the country.

In this year, the types of the political divisions were confusing and mostly the people inside the government were the government’s opposition. This situation resulted in the dismissal of the President’s Representative in good governance and political reforms Ahmad Zia Massoad. The evident example of this situation was the formation of an anti-government coalition by the government senior officials, in Turkey.

In this year for the first time the strongholds of power against the government had begun to get stronger. For instance, the differences between the Presidential Palace and the governor of Balkh Atta Mohammad Noor over the issue of dismissing him from the position of Balkh’s governance, the remarks of Kandahar’s Chief of Police General Abdul Razeq, a great anti-government gathering in Kandahar, etc.

Moreover, the differences between the Presidential Palace and the Parliament also existed and some members of the Parliament had stood against the government individually which raised the level of political divisions.

Overall, these divisions negatively affected the performance of the NUG and this government failed in achieving some achievements that could affect the legitimacy of the government such as failing in preparations for holding elections, non-commencement of the electronic ID cards, etc.

In the past several years, the Afghan government’s peace efforts were focused in two parts; one, the peace talks with Hezb-e-Islami and second, the peace talks with the Taliban. Regarding the first part, due to taking a step back in the position of Hezb-e-Islami, the Afghan government succeeded and the leader of this party came to Kabul eight months ago. However, regarding the second part, it should be said that the government failed and the government’s overall policy in this regard was to put political and military pressure on the Taliban.

The government’s peace efforts in this year were less important in comparison to that of 2014, 2015, and 2016. In 2014, the NUG was seeking peace through its foreign policy; in 2015, the Urumqi and Murree talks were held; in 2016, several meetings of the Quadrilateral Meetings were held; and in 2017, lesser achievements were made compared to previous years.

In the middle of all these, the Afghan government initiative, Kabul process, commenced and its first meeting was held in June 2017. From the remarks of President Ghani in this meeting it was evident that this would be the last chance for the Taliban to join the peace process. However, according to the Taliban, the objective of this meeting was not peace.

Lack of achievements in the area of peace was due to the Afghan government’s reliance on Pakistan’s cooperation and since the relations with Pakistan was more deteriorated than ever, no improvement was seen in this regard.

After the US’s harsh stance towards Pakistan and Pakistan’s marginalization, with the suggestion of Pakistan, one another meeting of QCG was held in Oman; however, and this meeting produced no result because the participants of the meeting even failed to state a statement.

On the other hand, some honest peace activists also commenced some activities in areas of peace; nevertheless, these efforts to a great extent were in individual levels. Among them was one the initiative of the Center for Strategic and Regional Studies (CSRS), a survey from the Afghan elites and a peace conference where the peace activists and had participated. In this conference the obstacles in the way of peace as well as opportunities were evaluated and the participants made specific recommendations to the engaged parties in order for the peace process to succeed.

Failure in areas of peace was coincided with the ever deterioration of the security situation in the country. The airstrikes of the US forces increased as did the civilian casualties, against which the Afghan government had been silent. In this year several major explosions occurred, some of which killed hundreds of people.

Although the level of unemployment is still high in the country and most of the people are face economic problems, based on the formal statistics, the economic conditions of the country in 2017 was better than the past three years.

In 2015, the economic growth of the country was 1.3% which rose to 2.6% in 2017. These are not only the statistics of the government but also that of the World Bank and other international organizations.

In areas of foreign policy, the Afghan government assumed Donald Trump’s decision about the US forces’ stay in Afghanistan as a success; however, emphasis on war and neglecting peace were the factors in this strategy that were highly criticized.

In areas of relations with other countries, except for Russia and Pakistan, the Afghan government had good relations with many countries. The US’s policy towards South Asia and increasing Pressures on Pakistan were something that the Afghan government wanted since ever the presidency of Hamid Karzai. This situation reached its heights at the end of 2017 and at the beginning of 2018. On the other hand, China stepped in as a mediator between Afghanistan and Pakistan and organized a trilateral meeting to improve relations between the Afghan and Pakistani government.

In the meanwhile, in areas of foreign policy, the Afghan government inaugurated the Lapis Lazuli road, which is the shortest way of connecting Afghanistan with Europe.

Overall, the political disagreements of the government, the issue of peace and war, economic efforts and regional projects were the most important incidents of the country in the past year. However, there were improvements and failures in some other areas as well which were not covered in this article. The important developments in the country are analyzed in our weekly analysis during the year. For instance, the issue of migrants, which Afghanistan was the second country with the largest refugee population, who are displaced due to the ongoing war in the country. The government’s policy towards the refugees were also, to a greater part, affected by the government’s security policy.