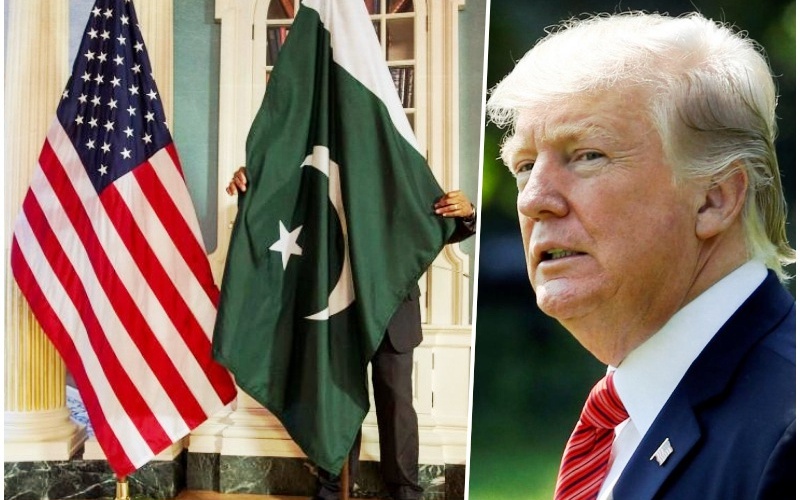 Since the first day of January 2018, a new phase has started in Washington-Islamabad relations. For the first time, the US President toke a harsh stance towards Pakistan and criticized this country in one of his Tweeter posts. After this Tweet, the US National Security Advisor General Mac Master also said that Trump was disappointed of and unsatisfied from Pakistan’s performance. In the meanwhile, the US representative in the UN also accused Pakistan of playing double politics.

Trump’s tweet regarding Pakistan raised serious reactions in Pakistan. From the Pakistani army to Pakistani politicians, all condemned this new strategy of the US. Pakistan not only summoned the US Ambassador but also called an emergency meeting of the cabinet to discuss Trump’s new stance.

On the other hand, the former and current officials in Afganistan have all backed this new policy and have expressed hope that the US will take practicle steps.

From what stages have the US-Pakistan ties passed? What are the main factors in bringing the two countries close to and far from each other? What will be the impact of the recent developments in Washington-Islamabad relations on Afghanistan? These are the questions that are analyzed here.

Islamabad-Washington ties; under the influence of geopolitics

The past 7 decades of relations between Islamabad and Washinton have been full of ups and downs. At two times, the US and Pakistan came very close to each other and that was due to the geopolitics of the region. First, during the Cold War, when the two countries entered a strategic partnership against the communist bloc. The SEATO and CENTO coalitions were also formed during this period.

However, the 1965 and 1971 wars between India and Pakistan caused Pakistan to get out of thess coalitions. At that time, relations between the US and Pakistan was deteriorated. Pakistanis claimed that the US did not support Pakistan during the Indian-Pakistan wars. Nevertheless, when the Soviet Union attacked Afghanistan, relations between Washington and Islamabad improved, which lasted until the withdrawal of the Soviet troops from Afghanistan.

The second phase of mutual relations between the two countries started when the US attacked Afghanistan in 2001. Although these relations experienced many ups and downs during this period, but it has never been as tenuous as it is in 2018.

The US President had criticized Pakistan before his election compaigns but during the American elections, both of leading condidates mostly avoided bringing the issue of Afghanistan and Pakistan up.

It become one year since Trump took power in the US, but during this time the Pak-American ties were more tenuous than that of Bush and Obama’s presidencies. During this period, Trump has vastly expressed doubts regarding Pakistan’s role against extrimists and has criticized it. Trump praised Pakistan only at the time of releasing an American wife and a Canadian husband, who were captive with Haqani Network, at that time it seemed that the US would not suspend its military and financial support to Pakistan.

Unlike the estimations mentioned above, at the first day of 2018, Trump wrote on his tweeter page: “The United States has foolishly given Pakistan more than 33 billion dollars in aid over the last 15 years, and they have given us nothing but lies and deceit, thinking of our leaders as fools. They give safe haven to the terrorists we hunt in Afghanistan, with little help. No more!”. Thus, the US stopped its military support to Pakistan and now the US-Pakistan relations are highly tenuous.

Pakistan and the US; reliant on each other

Pakistan and the US need each other in dealing with the issues in the region and particularly in Afghanistan. Since 2001, the US has provided more than 33 billion dollars in aid for Pakistan, mostly military support. Pakistan cannot find an alternative for these military and economic aids. Although Pakistan has a strategic partnership with China, but China may not be able to provide Pakistan with the military aids and technology that the US does (particulary considering the distance between the US and Chinese technology.)

On the other hand, in Afghanistan, the US needs Pakistan. Although the US is concerned about Pakistan’s support of the Afghan government’s armed oppositions, this country may also realize that still its transit and logistic way passes through Pakistan. Therefore, the issue of transit is a challenge for Washington and Kabul. Nevertheless, it is arguable whether which way will the US pick for transit purposes after the closure of the Pakistan route. The US has tenuous relations with Iran as well and transit through Russia and Central Asia also seems impossible because between 2008 and 2012, Russia had allowed the US to transit tools other than weaponry through this path.

The impact of Pak-US relations on Afghanistan

If one looks at the current tenuous relations between the US and Pakistan, one will find out that, besides Pakistan, it puts great impacts on Afghanistan as well:

Second; the closure of the transit way will be the other challenge that the US would face. However, if the US succeeded in finding an alternative way, it is most probable that it will increase its pressures on Pakistan. This issue must be seen with the consideration of the fact that the US has tenuous relations with Iran, and transit through Central Asia, Russia, Turkmenistan, Georgia, and Europe also seems impossible. Moreover, transit and transport through air from Central Asia and India to Afghanistan do not seem practical either.