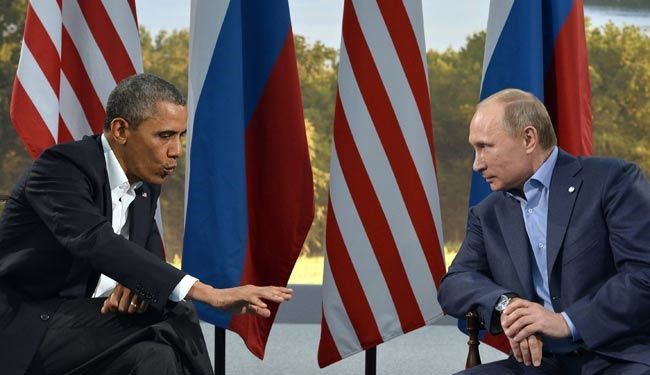 With the outbreak of the Ukraine crisis in 2014 most of the political analysts called it the beginning of “second” or “neo” Cold War. The crisis has not been handled yet and the relations between U.S. and Russia are still tense. The fresh statements of the Russian President Vladimir Putin and responses from western and NATO officials’ expresses that the problem will deepen more, and the so called “neo” cold war will be accelerated.

In spite of this, on June 24 and 25 the NATO defense ministers meeting held in Belgium where the situation in Europe, Afghanistan and Russia were discussed. Since the world is heading towards another “neo” cold war, what is the background of the “Cold War” and what will be the repercussions of the ongoing cold war on Afghanistan and the region.

Background of the Dispute

After the triumph of the Communists in Bolshevik revolution of 1917, the western capitalism faced a rival system. The “first” cold war started after the WWII, which had deep impacts on the world. U.S. and Europe formed NATO organization against USSR expansionism in 1949. The fifth article of the charter says: “attack on one is attack on all”.

In Addition to this, U.S. president Truman introduced his doctrine of USSR’s containment. After that in Dwight D. Eisenhower era the U.S. government formed alliances with middle-east and south Asian countries. The alliances did not bear any impacts on the then USSR. But when it invaded Afghanistan most of the world countries supported the Afghan Mujahidin which finally defeated the red army.

When the USSR withdrew from Afghanistan in early 1989, most of the central Asian nations stood for their independence which finally dissolved USSR. After the dissolution of former USSR some countries got independence in central Asia and Eastern Europe. The newly emerged countries attracted international attention.

Though some of the post-independence period leaders of these countries were the former USSR loyal communists. In some countries with their removal the tensions increased between west and Russia.

In 2004, Russian loyalist leader, Victor Yanukovych won election. Later on people started a series of protests, knows as orange revolution. The Supreme Court ordered a re-run of the second ballot. In the second round of election the west loyalist leader, Victor Yushchenko won, which worsen the already deteriorated relations between West and Russia, because President Putin accused west for provoking public demonstrations against Victor Yanukovych.

In 2010 run off, the Putin backed Victor Yanukovych won. He announced the foreign policy of the country based on neutralism. The government enjoyed cordial relations with European Union and Russia. When Yanukovych, as a result of Russia’s pressure, refused to sign the finalized treaty with European Union people came to streets and the demonstrations started. The uprising turned to a revolution in 2014.

In 2014 election, a Western loyalist took over and signed the Ukraine-European Union Association Agreement. But, due to this, the uprisings started in eastern Ukraine and paved the way for Russian invasion. The Russian finally annexed the Russian ethnic Crimea.

US Defense Minister’s Visit to Europe: The US defense minister visited European countries after Putin’s harsh statements. The crucial outcome of the visit was that the US will again send weapons to European after two years. In this regard Estonia, Lithuania, Latvia, Bulgaria, Romania and Poland have agreed to host the American weapons.

Emerging Cold War and its Impacts on the Region

US government endeavors to prevent the emerging cold war. As US president Obama said, it’s not a neo cold war, its opposition of Russia to the will of Ukraine. US defense minister, in his visit to Europe said the same. Still, in one or other form, a neo cold war is emerging between west and Russia.

Now, a neo cold war has started between west and Russia, practically. This cold war is fought in Syria, Iran, Ukraine, and Eastern Europe and even in central Asia. Russia vetoed decisions against Bashar ul Asad’s regime in UNSC. It also declared its intention to sell antey-2500 air-defense system to Iran. Russia also annexed Crimea to its territorial jurisdiction and commenced an indirect war against NATO in Eastern Europe.

The emerging cold war, in one hand would enhance sophistication of weapons in the region and, on the other hand, if the world is divided into two blocs, civil wars would increase in different countries. That’s why Putin said, Russia would create 40 inter-continental missiles to their defense bases, which provoked new concerns in the west. As a reactionary measure, US sent its artilleries and other equipment to Europe. NATO also increased its Reactionary Force from 13000 to 40000 and endeavors to renew its nuclear capabilities. Other measures are also taken. Generally, weapon’s companies would be vastly increased, which threatens world’s security.

If the emerging cold war would continue between Europe and Russia, it would influence European economy. For instance, due to crisis in Ukraine, its economy declined 10 percent.

According to a research of the economist, till the end of the cold war, 18 percent of world population lived in civil wars. Both blocs supported on side in a civil war, which caused its continuation. When cold war ends, civil wars decrease.

The emerging cold war also increased in friendship between China and Russia. If Russia wants china to be in his “bloc” it should support Beijing in South China Sea.

Despite of some disagreement, Russia remained an ally and friend of US government in some issue, including Afghan war of America. But the emerging cold war would put an end these friendships as well. That’s why Russia closed the roads of equipment of NATO.