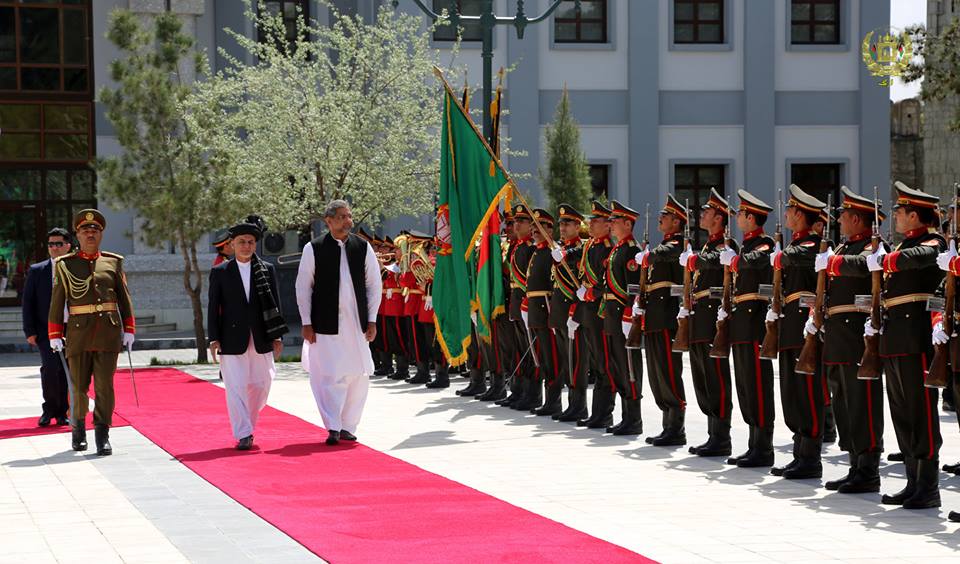 In recent years and after the formation of National Unity Government (NUG), tensions between Kabul and Islamabad raised after the Afghan side urged Pakistan to take practical steps towards its commitments to this country. Relations between the two countries have become tensed in this period, which has even led to conflicts between the soldiers of two countries. Recently, a few days after the visit of Pakistani premier to Kabul, border troops of both countries became engaged in a firefight in Khost province which had causalities as well.

Pakistani Prime Minister Shahid Khaqan Abbasi visited Kabul a few days ago while the Pakistani side was under the pressure of international community due to lack of cooperation in the Afghan peace process, and on the other hand, bilateral talks are ongoing in order to resolve the existing problems between Kabul and Islamabad, but there is no progress seen yet. The finalization of Afghanistan-Pakistan Action Plan had been agreed upon during the visit of Pakistani premier to Kabul.

Pakistan has repeatedly pledged its promise of cooperation in the Afghan peace process, but these promises have never been fulfilled. The question here is what is the basic problem of in relations of two countries? Does not Pakistan want to change its policy towards Afghanistan or cannot it do it?

The Bilateral Ties at a Glance

From the very beginning, the history of relations between the two countries has been accompanied by ups and downs, and there have always been various distrusts between Afghanistan and Pakistan. After 2001, these relations had been accompanied by tensions and distrusts in both terms of Hamid Karzai. During his presidency, Hamid Karzai traveled to Pakistan 21 times, but even complained about the lack of cooperation of Islamabad on the last day of his presidency and when he was transferring power to his successor, and said: “Afghanistan’s key to peace is with Pakistan and America.”

NUG tried to make Pakistan for truly cooperation in the peace process especially with regards to bringing the Taliban into the negotiation table through using closeness of ties with Pakistan and simultaneously getting use of its foreign policy tools. But after passing several months, the increase in insecurity and deadly attacks in the country and the failure of direct talk process with the Taliban following the announcement of the death of former Taliban leader Mullah Mohammad Omar, triggered a turning-point in the policy and relationship of the Afghan government with Islamabad.

Tension between two countries eventually led to conflicts between the troops of two countries in the ports of Torkham and Chaman, which caused the both sides to suffer casualties. Not only did this situation bring the two countries closer to the most intense stage, but also caused antipathy among the people of both sides. Hundreds of thousands of Afghan refugees returned to their country because of the harassment of the Pakistani police, and trade between the two countries dropped by more than USD 1 Billion.

Considering the history of Kabul-Islamabad relations, we also occasionally witnessed improvements in these relations, but in general, distrusts and tensions have always existed between the two countries. The root of these distrusts can be summarized in a few points as below.

The issue of Durand is one of the factors affecting the relations between the two countries over the past seven decades. After the formation of Pakistan, this issue has remained as a permanent problem between the two countries and has put shadow on Pakistan’s foreign policy toward Afghanistan, as this is one of the factors for which Pakistan seeks to achieve “strategic depth” in Afghanistan.

Influence and “soft power” of India in Afghanistan are also among the most important factors that Pakistan sees them as threats to itself. Therefore, Pakistan’s policy toward Afghanistan is more about reaching a strategic depth in Afghanistan, which, on the one hand, recognizes the Durand Line and, on the other hand, controls India’s influence in Afghanistan. As Hamid Karzai summed up his 13-year-old experience with Pakistan in two points that were the Durand issue and control on Afghanistan’s foreign policy.

In addition to historical distrusts, Pakistan’s inability to fulfill its commitments in recent years has been one of the problems that have affected the relations between the two countries. Pakistan has always given commitments to Afghanistan that it has not been able to carry out. Although Pakistan can play a positive role in the Afghan peace process, Pakistan cannot bring the Taliban to the negotiation table, as many factors have made it clear that the country has no control over that group as it is said.

The future of Kabul-Islamabad Ties

Pakistan’s efforts to improve relations with Afghanistan are more likely to be due to pressures Pakistan encounters. In recent months and after the announcement of Trump’s strategy towards Afghanistan, we have seen a series of pressures from the United States on that country. Even China, as Pakistan’s strategic economic and political ally in the region, has put pressure on the country because of the activities of radical armed groups inside Pakistani territory. In the recent declaration of BRICS, dated September 2017, where China is considered as one of its most important members, the activities of armed groups in the region were denounced, and more importantly, the word “inside Pakistan” was used.

Thus, the visit of the Pakistani PM and other Pakistani civilian and military officials in the past few months has shown Pakistan’s concern over the tensions with Afghanistan, as the country is isolated because of the pressure and steady position of the Afghan government and the international community on the lack of cooperation of Pakistan with the peace process in Afghanistan.

As the main factor behind tenuous relations in recent years has been the lack of fulfillment of commitments by Pakistan, now, it also seems that the Afghan government will not rid of its prerequisites in improving relations with Pakistan easily, and considering the recent position of the Afghan government, improvement of relations between two country will be related to the honest cooperation of Pakistan in the Afghan peace process.

However, in the past few months, despite the isolation of Pakistan, there has been no tangible progress witnessed in resolving the problems between the two countries and changing Pakistan’s policy towards Afghanistan. In addition, the atmosphere of distrust in the relations between Kabul and Islamabad has spread so much over the past two years that these tense relationships will not improve soon and without taking of serious and practical measures.