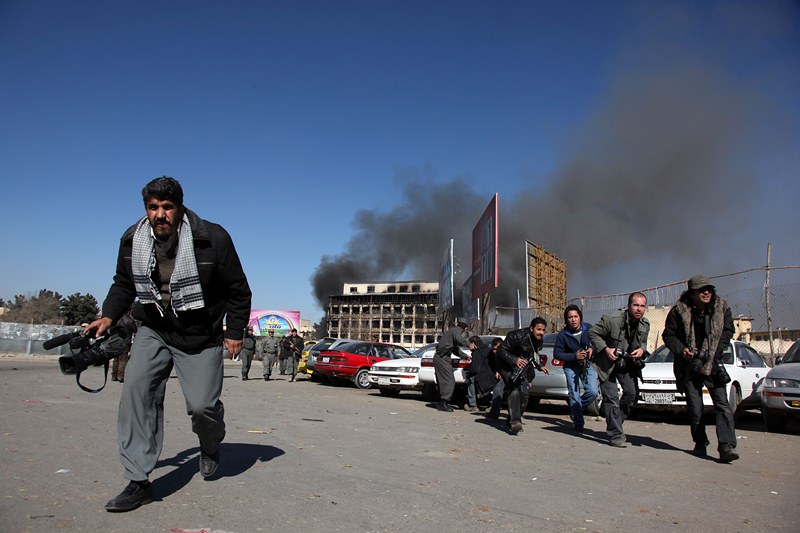 Considering the statistics of international organizations, the Afghan War has got bloodier and more severe every year since 2001. After 2014 and formation of the National Unity Government (NUG) in Afghanistan, more than 10 thousand of civilians have been killed and wounded every year.

In view of the type of these attacks and complexity of the on-going war in the country, disappointment on maintenance of security in the country in on increased day by day and the security situation seems to be bloodier this year.

In this Analysis, the current bloody situation and failed peace efforts, the security challenges ahead and the deteriorating security situation in the country have been discussed.

A Glance at the Current Bloody Situation

Security situation in the country is as much as frail that a total of 75,643 people have been displaced by conflict since the beginning of the year, according to OCHA’s Displacement Tracking System (DTS), up by nearly 3,000 people compared to the previous week. [1]

As expected, 2018 has been shown to be bloodier than the previous years for Afghans. According to the UN Assistance Mission in Afghanistan (UNAMA), in the first quarter of this year, 2,258 civilians were killed and injured as a result of armed conflicts, which is showing a dramatic increase compared to previous years, with 2181 in 2017 and 1943 in 2016. [2]

The figures above do not include the bloody casualties of last month, as with the beginning of the new year of the Hijri Shamsi and with the beginning of the Taliban’s spring operations, fatal conflicts and raids have been increased in several parts of the country; along with an increase in the casualties of sides involved in war (mainly the Taliban and Afghan forces), civilian casualties have increased as well. The bloodiest attacks that took place in this month and caused heavy casualties to Afghan civilians were an air strike in Dashti Archi of Kunduz and an explosive raid in the West of Kabul, where only these two incidents caused nearly 400 people to become killed and injured.

On the other hand, the role of U.S. forces in the battlefield in Afghanistan has increased again, and in particular, the air strikes of these forces increased in the first quarter of 2018 than at any time since 2001. According to the US Department of Defense, US forces launched 1186 bombs in Afghanistan in the first quarter of this year. [3] For this reason, the number of civilian casualties caused by air strikes has also increased. While Western experts also believe that increased air bombardments will not help in reducing violence in the country.

The Crisis Group had criticized the U.S. military strategy and expressed concerns over deterioration of security situation in this year at the beginning of 2018 and has said that increase in the U.S. forces and military pressure will deteriorate satiation in Afghanistan, as America could not defeat the Taliban in battlefield between 2009-12 while it had more than 100,000 troops in Afghanistan; in the case, this group has been more powerful than every other times and has more areas under its control. [4]

Until a few years ago, the regional countries and the world, to some extent, had consensus on Afghanistan, but after the advent of the Khorasan branch of the Islamic State in Afghanistan and now the insistence of the United States to have military presence in the region, this consensus has collapsed and the regional country are skeptical about America goals in this region. Therefore, the Afghan war is now becoming more complex every day and the country once again faces the threat of becoming a battlefield of proxy wars. Recent arguments between US and Russian officials indicate that a “new cold war” has started between major powers in the region.

One of the other challenges facing the country’s security is strengthening the activities of groups that operate outside the Afghan borders and are not included in the peace plan. In the past few months, the Islamic State has been responsible for several deadly attacks, which, on the one hand, reflects the strength of the group’s activities in Afghanistan, and, on the other hand, targeting the civilian populations in these attacks indicates that the group is will continue its attack with deadlier method.

The complexity of security situation in the current year of 1397 is one of the biggest security challenges in the time of holding of parliamentary elections that will not only increase civilian casualties in the armed opposition attacks during the election, but also air strikes, which Afghan officials say due to The election will increase, it will also be a challenge for the people of Afghanistan. In the early days of the registration process, several deadly attacks caused hundreds of people to become and injured. On the other hand, schools, mosques and public places are used as registration centers for this process, which has increased the likelihood of civilian casualties.

The government of Afghanistan has practically faced many challenges in maintaining security. For example, the latest reports of SIGAR which released on May 1, 2018 indicates that the number of Afghan forces decreased by 11% (35300) in compare to last year. As there 331700 Afghan forces in January 2017; however, they are decreased to 296400 in January of 2018. The reasons behind are causalities of Afghan forces and escape of Afghan soldiers from the ranks of these forces. [5]

Therefore, this year will be the most challenging one for Afghans more than every other time. It seems that, for one hand, the attacks of AGEs will increase and, from the other hand, the Afghan War will become even more complicated at time the Afghan government is in a state of troublesome political and security situation.

Failure in peace efforts is a factor behind prolonging the ongoing war and worry about the country’s challenges ahead. However, the parties involved in the Afghan War, including the United States and NATO, have come to the conclusion that insisting on military solutions will not victor any party, but they have practically taken measures that do not include a realistic program for peace in the country.

After the U.S. President Donald Trump removed the timetable for withdrawing U.S. troops from Afghanistan from his strategy towards Afghanistan and, on the contrary, emphasized the military pressure and increase of troop in the country, the peace process in Afghanistan was also confronted with great controversies as the presence of foreign forces is the most important factor in the continuation of the war in the country.

Given the Taliban positions in the peace process, as long as the United States has begun the war and now has its growing presence in the battlefield in Afghanistan, does not intend to end the war, the process will continue to face deadlock. Consequently, the first relatively modest proposal of NUG for peace talks with the Taliban was also rejected by the group through keeping its silence.

In the aftermath of the political solution of Afghan issue, the United States has pressed Pakistan for months, from one hand, to stop supporting the Taliban and, on the other hand, to play its honest role in the Taliban’s engagement in the peace talks. The Inter-Afghan dialogue and the peace process “leaded and owned by Afghans” will also be fruitful if the United States, as one of the parties involved in the issue, enters this process.

Besides that, the government’s efforts to condemn the Taliban’s war and to find a Shira “rejection” through convening religious scholars’ conferences in Islamic countries such as Indonesia and Saudi Arabia will also have no effect on the fate of war and peace in the country.

On the other hand, despite the fact that presently the casualties of foreign troops in the Afghan War are at its lowest level, and Afghans are the victims in both sides of the ongoing war, the Taliban continues its ongoing pursuit of the United States to become engaged in the peace talks with this group, and it has not got any program for the inter-Afghan dialogue for now. Therefore, this process will not succeed until a realistic approach is taken by all parties involved in the peace process, and until the United States does not put schedule of withdrawal of its troops from Afghanistan on the negotiation table.