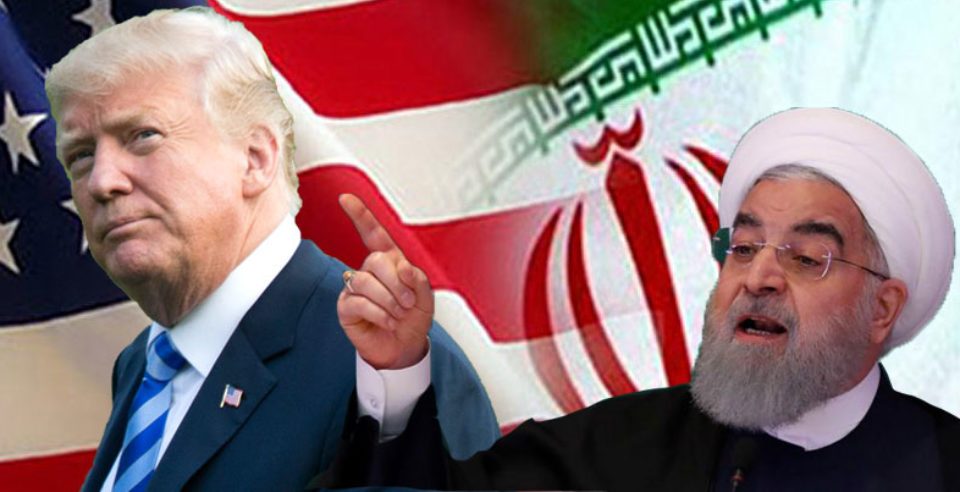 Global issues & Politics Region & World
May 19, 2018May 20, 2018 Admin 9560 Views 0 Comments Iran, Region & World, slideshow, ticker, US Withdrawal from Iran’s Nuclear Agreement and its Impact on Afghanistan and the Region, USA

For many decades, Iran’s nuclear program has been one of the major issues in the region and of international politics, and undoubtedly has had impacts on the situation in the region and Afghanistan, which, given the importance of this case, will have its impacts in the future as well.

The talks between Iran and the six world powers led by the United States succeeded in 2015, and seven nations reached a historic agreement on Iran’s nuclear program, but after Donald Trump took office, the possibility of US withdrawal from this agreement escalated.

On May 8, 2018, the US President finally announced his decision to withdraw from Iran’s nuclear deal, which was encountered with different international reactions. The French, Russian, British and German states, in opposing this move, insisted on continuing their commitment to the nuclear deal with Iran, and Russia called it an offensive against international rules. But Israel, Saudi Arabia, the United Arab Emirates and Bahrain welcomed this decision of Trump, and Israel called it a bold decision.

The impact of US withdrawal from Iran’s nuclear deal on the situation in Afghanistan and the region is the issue that, in addition to a look at Iran’s nuclear program, is analyzed here.

A look at Iran’s Nuclear Agreement

Iran’s nuclear program began in 1957 as a result of US-Iran Cooperation Agreement within the framework of the “Atoms for Peace” program, according to which Iran received a few kilograms of enriched uranium for research purposes from the United States. At that time, both countries had close ties and Tehran was considered as a protector of U.S. interests in the region.

With the establishment of the Atomic Energy Organization of Iran by Mohammad Reza Shah in 1974 and the foundation of a nuclear power plant in Bushehr, Iran’s nuclear program got a more serious shape. During 20 years, about 23,000 megawatts of electricity were to be produced through 22 power plants, but the 1979 Islamic Revolution of Iran halted its nuclear program and the Iran-US relations became tensed. After that, Iran faced economic sanctions from the United States and other countries in the world, rising further since the presidency of President George W. Bush in 2003.

Iran’s negotiations with the United States, France, Russia, the United Kingdom, China and Germany (P5 + 1), which had begun in 2003, did not concluded in 2013, but with the arrival of Hassan Rouhani as President of Iran, a six-month agreement between the United States and Iran was agreed upon which Iran would stop uranium enrichment for six months, and the United States was supposed not to impose further sanctions on Iran. Subsequently, Iran and the six major powers reached the initial agreement in Lausanne in after 18 months of talks and eventually reached a comprehensive nuclear agreement on 14 July 2015 in Vienna, Austria. This historic agreement, called the Joint Comprehensive Plan of Action (JCPOA), was in fact the end of the 12-year-long vicissitudinous negotiations between Iran and the West over Iran’s nuclear program.

Based on this agreement, Iran was to limit its nuclear program for a long time in exchange for lift of global sanctions from, which, along with political interests, was to result in a lot of economic benefits for the country. Iran gained access to more than $130 billion of its frozen capital, and Iranian banks joined the SWIFT network. Iran’s oil exports, which had fallen by 50% due to economic sanctions by 2014, rose again. And more importantly, the opportunity to invest in Iran by large global companies was also facilitated.

Although, it was, however, expected that achieving this agreement will have a huge impact on the Iranian economy, but the Iranian people practically suffer from bad economic situation in the country, and the lifting of sanctions against Iran has had no tangible impact on its economy. So, a few months ago, a wave of demonstrations began across Iran, which was rapidly suppressed by the government.

Unilateral US Withdrawal from the Iran Nuclear Deal

Donald Trump was the inflexible critic of Iran and the nuclear deal with this country since the presidential election. After entering the White House, he gained the opportunity to request the Congress of America and the European Allies to amend the agreement and, by setting a deadline, said that if this agreement was not reformed, he would withdraw it. In February 2017, he wrote on Twitter: “Iran was in the middle of a downfall, but it was the United States that provided Iran with $150 billion in exchange for a nuclear deal.”

Tramp described the agreement as “catastrophic” with a “terrorist” country, and the main factors behind US withdrawal were Iran’s refusal to comply with this agreement, tests of ballistic missiles and Iran’s support for radical groups of al-Qaeda, the Taliban, Hamas and Hezbollah. According to him, the deal did not forbid Iran from enriching uranium, but allowed Iran to be on the threshold of acquiring nuclear weapon. The lobby of the Iranian opposition in the region, especially Saudi Arabia, had contributed to the withdrawal from the agreement.

The unilateral withdrawal of the United States from the Iran nuclear agreement has no legal and lawful international foundation, but the political impacts and consequences of this action of Trump, which will be largely resulting in America’s heavy sanctions on Iran, are significant for Iran.

Its Impact on the Region

On the global level, the unilateral withdrawal of the United States Hurt its international reputation due to breaching a credible international resolution. Exiting this agreement will also partly result in international isolation of US, as the adherence of the three European countries to this agreement means loss of American influence in Europe. In addition, Russia and China will also increase their cooperation with Iran.

Ian; this action of the United States has already affected the Iranian economy and the value of the Iranian currency has fallen in global markets. While Iran is also suffering from political and economic instability within the country, the measure of US will definitely prove to be heavier for Iran. As the most important outcome of the US withdrawal from the nuclear deal with Iran is that it will again be subject to heavy economic sanctions by the United States.

Middle East; Israel and Saudi Arabia, that are considered to be Iran’s main rivals in the region, welcomed this move by the United States. This action of Trump will partly affect the power equation in the Middle East. Saudi Arabia sees this as a victory for its politics in the region. Israel, which called Iran’s nuclear deal a “historic mistake”, will be more close to the United States than ever when it comes to restriction on the ballistic missiles of Iran and support of the country from the Lebanese Hezbollah group. On the other hand, Iran’s proxy wars against the United States will intensify in various countries, especially in the Middle East.

South Asia; India and Pakistan, due to their limited trade and economic ties with Iran, and their regional joint projects, do not consider this action of United States to be beneficial for them. India is one of the most energy-consuming countries in the world, and Iran has the largest sources of oil and gas in the region. In 2009, India was importing nearly 20 percent of its energy from Iran, which was gradually reduced due to sanctions and US pressure on Iran, and retreated from Iran-Pakistan-India gas pipeline as well. In the transit field, the project of the Chabahar Port, which links India to Afghanistan and Central Asia, will be affected. On the other hand, if Afghanistan and India retreat from regional projects with Iran, Iran will be closer to Pakistan and China and may be enter the Pakistani-Chinese economic zone, it something that will worry India to some extent and will affect Iran-India relations.

Its Impact on Afghanistan

Iran as a powerful country in the region and neighbor of Afghanistan has an impact on the situation in Afghanistan; so, the withdrawal of the United States from this agreement will have a variety of impacts on Afghanistan, which can be highlighted in following two points:

First; Economic Impacts: On the one hand, US economic sanctions on Iran will affect the Chabahar Port Project and, on the other hand, economic interactions between Iran and Afghanistan will be affected while the past two years, the volume of trade between Afghanistan and Pakistan has fallen unprecedentedly and, on the contrary, has increased with Iran. Meanwhile, Afghanistan’s exports will also be affected by Iran, due to the fact that, due to the deteriorating relations with Pakistan, the major part of Afghanistan’s transit is taking place through Iran now. Besides that, with the decrease in Iran’s oil exports, the oil price will rise in the global market, which has a direct impact on the Afghan economy, as some imports of Afghan oil take place through Iran.

Second; Security in Afghanistan: Increasing tensions between Iran and the United States will also have impact on Afghan security. On the one hand, American troops have practical presence in Afghanistan, and Afghanistan is counted as a strategic ally of the United States and on the other hand, Iran is also afraid of expansion of the Khorasan branch of the IS “Islamic State” in Afghanistan, and so these two factors have contributed to Iran’s limited cooperation with the Taliban. With US withdrawal from the nuclear deal, Iran’s fears of US presence in the region is increasing, and there is a potential for expansion of Iran’s cooperation with the Taliban.