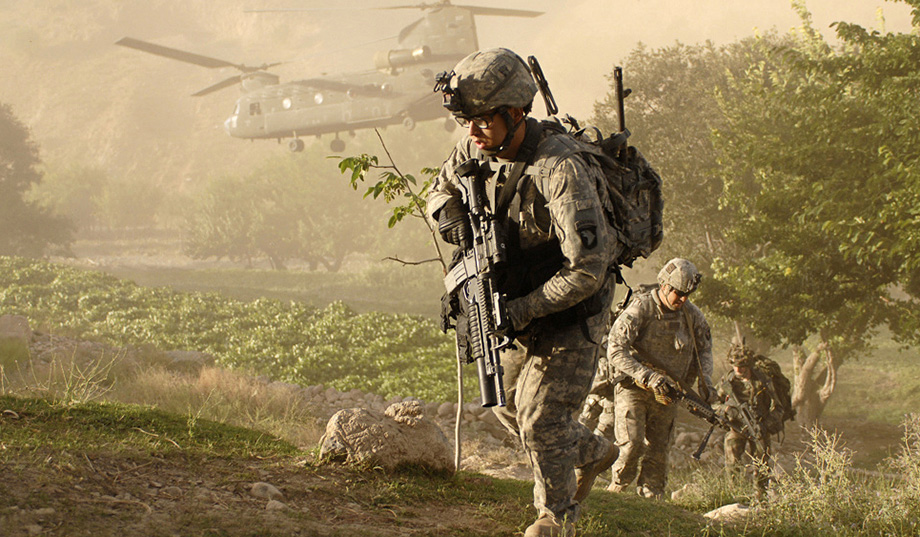 Members of the Afghan parliament and some of the country’s politicians recently criticized the current US military strategy for Afghanistan and the three-year achievement of the security agreement between the two countries, and some members of the Afghan Senate called for the lifting of the Kabul-Washington Security Agreement. For this reason, the Senate has announced that it will review the implementation and effectiveness of the security agreement between Kabul and Washington.[1]

On the other hand, the achievements of this strategy are sometimes spoken on both sides as well. In a recent incident, U.S. and Afghan National Security Advisers discussed the implementation and achievements of the new US strategy for Afghanistan through a video conference on May 29, 2018.

Nearly 10 months have passed since the announcement of the new US strategy for Afghanistan, during which the war broke out, and the military and civilian casualties of Afghanistan increased unprecedentedly. The question is how has the new American strategy influenced the situation in Afghanistan? What does the outlook of this strategy seem in the light of the current situation in the country?

First; from 2001 to 2005: During the first term of the George W. Bush, the United States pursued two distinct goals in the Afghan war that were the devastation of the Taliban regime and the elimination of Osama bin Laden; one of which was the overthrowing of the Taliban regime and founding of the new government in the country beamed achieve in the very beginning. During this period, almost all regions of the country were peaceful and there was no particular resistance seen to foreign forces and the Afghan government.

Second; from 2005 to 2009: During the second term of George W. Bush and in the early years of this era, U.S. forces carried out night-time search of homes and arrested former Taliban members, which is also deliberated as one of the major reasons for the revival of the Taliban warfare. For this reason, the focus was mainly given to the battlefield, and in 2006, the number of foreign troops in the country beamed increased. During this period, the war in the country flared up year after year, and the casualties of U.S. troops rose from 129 persons in 2005 to 516 persons in 2009.

Third; Between 2009 and 2011: The increase in casualties of American troops during the second term of George W. Bush caused Americans widespread criticism of the war in Afghanistan, and as a result, Barack Obama came to power under the slogan of ending the Afghan and Iraq war in 2009. Obama has increased its troop strength to above 100,000 over the years which caused in severity of war between the Taliban and the foreign troops. With the intensification of the US war during these years, not only the Taliban did not fail, but the Taliban’s resistance to foreign forces was on the rise as well. Therefore, the Taliban became accepted as a political and military power and talks on inauguration of a political office for the group in Qatar begun.

Fourth; from 2012 to 2014: Under the Obama Strategy for the war in Afghanistan, the number of US troops in Afghanistan gradually decreased and the Afghan security forces started to burden security responsibilities. During this time, Obama sought to establish permanent bases in Afghanistan and sign a security agreement as a result of signing a strategic agreement between Kabul and Washington, but the deal did not become signed due to the increase of Karzai’s tensions with the United States.

Fifth; from 2015 to 2017: In the second term of the Obama administration and after the formation of the National Unity Government (NUG) following the US intervention in the Afghan elections, the security agreement with the United States became promptly signed, and Kabul-Washington relations became improved. Another factor in improving relations with the United States was the revival of night operations and the neglect of Afghan officials from the deliberate killings by foreign forces in different parts of the country. For this reason, Obama changed the decision to reduce the number of his troops in Afghanistan and retained about 10,000 troops in Afghanistan.

Sixth; from 2017 to 2018: With the formation of new administration in the United States and the arrival of Donald Trump, Americans, once again, faced the vacillation of continuing or ending the war in Afghanistan. That’s why the new US strategy for Afghanistan, the longest war of US in abroad, has been delayed for about eight months, which generally, re-focused on war and the increase in number of US troops.

Donald Trump was somewhat opposed to continuation of US war in Afghanistan before reaching Presidency. His silence during the election and a few months after the election was also attributed to his vacillation on contention the US war in Afghanistan. For this reason, during the discussions on a new strategy for Afghanistan, the option of complete withdrawal of forces from Afghanistan was also on the table. Eventually, on August 22, 2017, he announced his country’s new strategy, which mainly spans some of the following points:

Over 10 months after the announcement of a new US military strategy for Afghanistan, the strategy is being evaluated by Afghan and US observers as a failed[2] one, due to several reasons some of which are given below:

First: The focus on and return of foreign troops to the battlefield has made the country’s situation worse. The security situation is so badly ruined that the provinces collide with the threat of collapse, and districts in different provinces of the country collapse one after another. The casualties of Afghan military and civilians have increased unexpectedly, which according to some reports, in recent weeks, more than 250 Afghan soldiers have been killed on the battlefield and more than 350 others became injured in a week.[3] The increase in US air strikes has also been a problem which has increased civilian casualties.

Third: Trump’s strategy not only has not helped in improving the political situation in Afghanistan, but also caused further problems as well. Domestic disputes have increased at various levels, especially among the heads of government, and ethnic and linguistic differences have risen more than ever. The parliamentary Election Process is faced with mistrust due to the U.S. intervention in the past elections. Widespread corruption is existed in the government as it was in the past.

Fourth: In addition to the political and security situation, the economic and social situation of the people of Afghanistan in the past year has not only failed to recover, it is also deteriorating. Poverty and unemployment are at their peak, and Afghans leave their homes due to security and economic problems. According to the remarks of the Minister of Immigrants, the number of internally displaced persons (IDPs) has now reached 1.4 million, and since the beginning of 2018, about 200,000 people have been displaced by war and insecurity and the deteriorated economic situation.[4] The number reported by the United Nations Office for the Coordination of Humanitarian Affairs (OCHA) is 114,000 since the beginning of the year.[5]

What constitutes the achievement of the Trump Strategy for Afghanistan is the pressure of America on Pakistan to cooperate in the Afghan peace process. In this regard, although the pressures and isolation of Pakistan have led Pakistan to begin its efforts to improve relations with Afghanistan, since Pakistan’s concrete progress towards honest engagement in Afghan peace is not seen in the past year, this country does not seem to change its policy towards Afghanistan that easy. On the other hand, due to various reasons, Pakistan, as it is said, does not have control over the Taliban, and if it so wishes, it will not succeed in bringing the Taliban into direct talks with the Afghan government. Therefore, these pressures are not a guarantee of peace and stability in Afghanistan.

Future of U.S. War in Afghanistan

The US war strategy for Afghanistan destines the fate of war and peace in this country, which is why it has got a lot of importance. The past 17 years, however, has proven that realistic peace does not include the US war strategy in Afghanistan, and it has now also pursued the failed policy of making peace through the war.

Given the current strategy of America in Afghanistan, the image of the future of US war in this country seems to be darker because, on the one hand, the peace and war in Afghanistan are increasingly becoming complex, and on the other hand, America is also not prepared, for the sake of its interests in the region, to leave this country.

Hence, it is the responsibility of Afghans, especially the Afghan government, to have a clear picture of the future of the United States in Afghanistan in order to avoid further threats and endless wars in the country, and to not face the country with greater indistinctness for the sake of funding and protecting its half dead government.  End