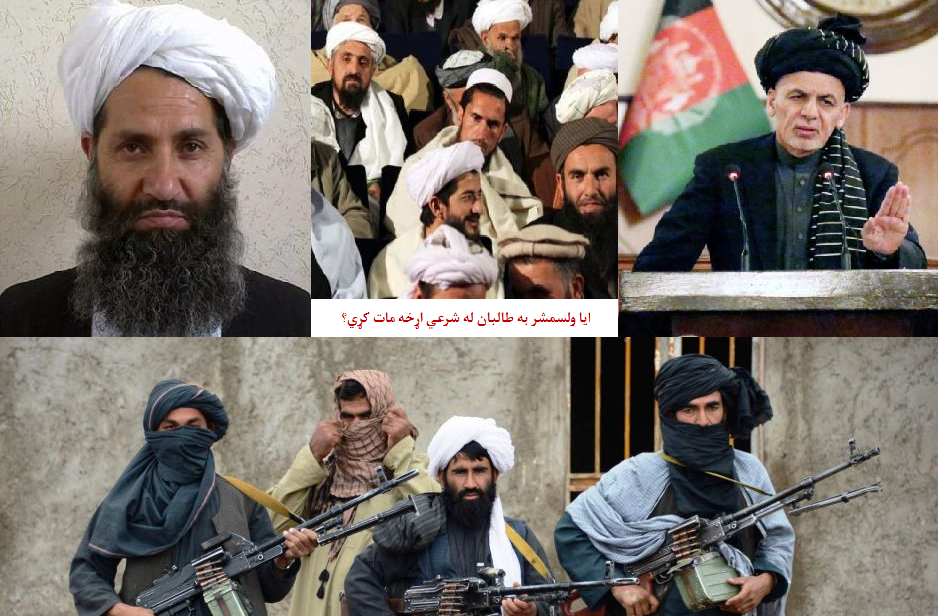 Some of President Ghani’s characteristics contrast him from other Afghan politicians; i.e. decisiveness and continued observation. It was due to his decisiveness that vacillation was not seen in relations with Pakistan in last three years and, in a recent case, it was because of his decisiveness that the controversial process of Electronic ID Cards became initiated. And coming to his second characteristic, he continued to take forward the series of Islamic “rejections” against Taliban as well.

It was attributable to President Ghani’s efforts against armed opposition of the government, especially the Taliban that even made US Marine Corps Commandant Gen. Robert Neller to have remarks on the religious aspect of the Afghan War. During a press conference in Pentagon, he renounced the Afghan Taliban being real “Mujahedeen” and added that: »Taliban and Daesh are not Mujahedeen, they are Takfiris; but Afghan and US soldiers are real Mujahedeen. [1]«

The Afghan President and government have been able to attract the national and international attention after the latest meeting of religious scholars, issuance of Fatwa on Afghan war and the ceasefire announcement by President Ghani of Afghanistan. Mr. Ghani denounced the attack on religious scholars after the latest meeting of them, which was denied by Taliban, and called it as »an attack on inheritors of the Prophet«.[2]

President Ghani’s these kinds of efforts and their impact till now and later on peace and war and whether they will be able to weaken the ranks of the Taliban or not are discussed here.

Although President Ghani, during elections, had promised that when he became President, he would eliminate distance between Arg (Presidential Palace) and Masjid (Mosque) and thus, he was being backed by a large gathering of religious scholars at that time; however, Mr. Ghani became President but these promises are yet to be fulfilled completely.

President had his first unofficial trip to Saudi Arabia to perform Umrah and as a consequence, he attracted attentions to the role of Saudi Arabia as a center of the Islamic World in regards with putting an end to the ongoing war in Afghanistan.

President Ghani has emphasized on denouncing the Taliban activities from the religious perspective time by time. Last year, after the bloody attack of Taliban on Sadarat Square which claimed hundreds of civilians, he attended the Wazir Akbar Khan’s mosque located near to Arg and made remarks on government’s legitimacy and condemned Taliban activities there. Besides that, he had a number of religious scholars by his side in some meetings and has made deduction with respect to their presence there. In one of the meetings of this kind, he once said: “Mosques are our stronghold… the rank of government is the rank of right.” [4]

After the declaration of 1397 spring operations named “Al Khandaq” by the Taliban, President Ghani, during the ceremony of celebrating the Mujahedeen Day, made long remarks on rejection of the operations of the Taliban, and on religious aspects on the Afghan issue. He said: “Whether they declare war on Hazrat Sahib?! On our Jihadi leaders, our religious scholar?!… This war and this declaration has not got civil and religious deduction… and Thanks God, Fatwas are received from Makkah, Madina, Diwaband and other place and the collection of these Fatwas will be created in Indonesia later.” [5]

In this strategy of his, President Ghani also takes care of other proprieties as well. As majority of the Afghan people are following Hanafi narrative of Islam, so President Ghani participated in a research seminar on Imam Abu Hanifa (R.A) sometimes ago and said: “Extremist groups are unaware of Imam Abu Hanifa’s School.” [6]

Due to this, the National Unity Government (NUG) brought its ties closer with Indonesia, which is the most populated Muslim country in the world, and a few months ago, the President of that country attended Kabul as well. Following these efforts, trilateral meeting of religious scholars of Afghanistan, Pakistan and Indonesia became convened, but the results were against expectancy of Afghan government as they had not given explicit fatwa on “rejection” of Afghan war; however, they had made general remarks on need of peace and remonstrance of war. [7]

Nevertheless, a similar meeting was planned to be convened in Saudi Arabia; however, the Afghan Taliban used the Indonesia’s meeting in its favor in its propagandas and that’s why, the Afghan government called on a 2000-person gathering of Afghan religious scholars which issued Fatwa against the ongoing war in the country. [8]

Last week (June 4, 2018), the meeting of regions scholars in Kabul which became held in the tent of Loya Jirga (Grand Gathering) is considered as a part of efforts, after the second meeting of the Kabul Process, to put pressure on the Taliban in order for the direct talks to be initiated between the Afghan government and the Taliban.

The reason behind problems and less impact on these fatwas is that, on one hand, they are regulated by the government, and from the other hand, these fatwas do not mention the presence of foreign forces, bombardments and military operations that are considered as the main point of the ongoing war from the religious perspective and hence, the Taliban are able to present easy reasons for rejecting these fatwas. Taliban released a declaration on latest fatwa where it had considered it as a part of the religious pressures mentioned by US and NATO general commander Gen. Nicholson in last March. [9]

Nevertheless, there are criticism on impacts and type of latest gathering of religious scholars; however, not only the President declaration of ceasefire in Eid days, to some extent, has given importance to this 2-day meeting but it also has brought hopes to Afghan people toward peace by taking such a brand new and unprecedented measure; because, it is for the first time since 2001 where the Afghan government declare ceasefire with the Taliban for one week.

Impact of these Efforts on Peace and War

These kinds of efforts for putting pressure on Taliban increased after the Afghan government’s peace proposal to Taliban in the second meeting of the Kabul Process because the Taliban had provided negative response to President’s peace proposal with its silence and declaration of its spring operations. The main reason behind the position of the Taliban is that the fate of the presence of foreign troops in Afghanistan is not discussed in President’s peace proposal; but no governmental announcement contains this point; and it is what the Taliban brings/mentions in its every announcement and considers it as the main reason behind continuation of the war. On the other hand, it is the point the nurture the war morale of Taliban fighters.

Efforts like peace between Hizb-e Islami and the Afghan government and latest Fatwas, however, have, to some extent, impacted the public opinion; but they have got not impact on Taliban’s war ranks and violence rate in the country. According to the reports of national and international agencies, the first months of 2018 are far bloodier than those of 2017. [10]Because this is war is more complex than to be ended with fatwas and if it is linked to fatwas, the Taliban’s current war was started as a result of such fatwas and its present leader, practically, carries the title of “Sheikh al-Hadith” with himself.

Although, the role of foreign forces in the battleground has been increased after the announcement of Trump Military Strategy and they have carried more 500 air strikes in last April only; therefore, neglecting the presence of foreign forces, bombardments and other operations, even after the unilateral declaration of ceasefire, will neither pave the way for peace nor could crush the Taliban military power.