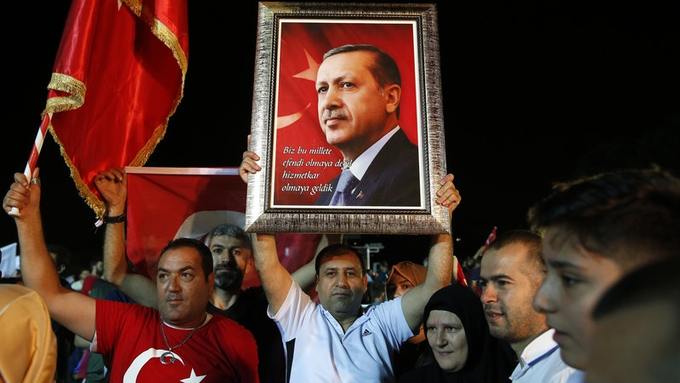 On June 24, Turkey held Presidential and Parliamentary Elections that were watched by the world. These elections were so important due to various reasons.

The powerful leader of Turkey, Recept Tayyip Erdoğan became the president of the country for five more years as a result of the Presidential Election in Turkey. Besides that, his party received the vast majority of seats in the Parliamentary Elections as well.

Turkey’s elections were so important and had grabbed the international attention because Recept Tayyip Erdoğan became the leader of the country for the fourth consecutive term. Turkey has reached a higher level of economic and political stability in last one and a half decade which has given it the chance to play an effective role in the global, Islamic World’s and Middle East’s issues.

In here, you will read the Analysis about the change in the Constitution and governmental system, early elections and arrival of Erdogan with more power and the impact of these evaluations of Afghan-Turk ties.

General elections were held throughout Turkey on 24 June 2018. Originally due on 3 November 2019, President Recep Tayyip Erdoğan announced on 18 April 2018 that the vote was being brought forward.

Emergency State was being declared in Turkey after the failed coup of July in summer of 2016 and the Parliament approved this decision of Erdoğan for three other months where elections also became held in a state of emergency. There were some important reasons behind holding the elections:

First: deteriorated and rapidly changing situation of the region which is, now, faced a lot of economic and political threats and tackling these threats requires a powerful and centralized ruling system.

Although, Turkey’s economy has a growth of 7.4 percent in 2017, but arise in inflation and unemployment has threatened its economy. The political situation in Turkey in 2017 caused Lira to lose its value against US Dollar and for one US Dollar to be equivalent to 3,94 Lira at the end of the year. The Turkish currency unprecedentedly became devalued. It lost its value by 16 percent between the beginning of the year and May 2018. Turkish Lira became devalued 3 percent against US Dollar in one day only which caused one US Dollar to be sold with 4,8 Lira. Therefore, Turkish president asked people to exchange their foreign currencies into national currency (lira).

Hence, Turkey thought that early elections will take out the country from the current obscure situation and will bring stability and calmness to it. They also thought that international markets will show a positive response to these elections and will grab further foreign investments.

Third: considering the 2016 failed coup and changes brought in the constitution through the referendum of 16 April 2017 and increasing threats of opposition parties resulted in these elections in order to have these changes applied as soon as possible.

Although Turkey is a divided country when it comes to ethnicity and religion; however, looking at Erdoğan’s 15-year government from one hand and his measures after the 2016 failed coup on the other hand had brought empowered hopes for victory of Erdoğan for the fourth time.

As expected, Erdoğan won nearly 53 percent of the votes and his rival for the Republic Party (CHP) won 31 percent of votes. On the other hand, the Justice and Development Party (AK Party) of Erdoğan won more votes (42 percents) than other parties and grabbed 295 seats out of all 600 seats of the Turkish Parliament. AK Party, however, continues its coalition with National Movement Party (MHP) lead by Bahceli in order to the absolute majority of 343 seats. Hence, Erdoğan will be able to rule the country as a powerful president without encountering any serious resistance and/or opposition.

Turkey’s Electoral Body had estimated that 56.3 million Turkish citizens will participate in the elections; however, 59.3 million people took part in the elections and thus, the participation was 87 percent. Overall, these elections were transparent and the most important rival and candidate of CHP, Muharrem İnce accepted his defeat and did not protest on the elections’ results.

Changes in the Constitution and the System

The elections were originally meant the change in the system of the country and that’s why they were too important. The April 2018 referendum had brought 18 changes in the Constitution whose important were increasing in authorities of the President, the extension of Presidential Term from 4 to 5 years and etc. It was an enormous change since almost one century and formation of the new system in Turkey.

51 percent of people voted “YES” in the referendum on change in Constitution, the premier position became removed and the powers of the president became increased. Erdoğan, considering the regional conditions and Turkey’s economic conditions, wanted to make prompt decisions and take the country out of the state of emergency.

The changes in Constitution and the system from Parliamentary to Presidency make Erdoğan able to also become a candidate in 2023 and in case of winning the elections, to stay in power till 2028. Meanwhile, it enables Erdoğan to form his own government and observe the judiciary as well.

According to the ruling party of Turkey, the main idea behind these changes is to bring economic stability; however, its opposition called these actions “autocratic and dictatorial”. Therefore, the main rival of Erdoğan; however, after accepting the elections’ result expressed concerned that Turkey is faced with the dangerous situation under the absolute power of one man after that.

Its Impacts on International Politics and the Region

Turkey: The elections and Erdoğan’s arrival in power will defiantly have positive impacts on economy besides politics and security; because immediately after the announcement of the elections’ results, the Lira’s value which had been decreased against US Dollar by 20 per cent begun to increase and its value increase by 1 percent in one day in Asian markets only. Japan Economic Agency has also stated in the latest report that decreases in uncertainty in Turkey’s internal politics will have positive impacts on Turkey’s economy.

On the other hand, Turkey is now seriously engaged in regional issues and its current position on Syria and Iraq will become further empowered. It will, again, ask for the removal of Bashar Al Asad and it, as promised, will take care of Syrian refugees well. It will also follow its previous policy on backing Qatar in the crisis between Qatar and other Arabian countries.

International Politics: Turkey’s tensions with America and Israel is an important challenge and hard file for Turkey in the international ground, because these ties have been more deteriorated on the issue of Al Quds than every other time. Erdoğan has called on the Summit of the Islamic World immediately after the decision of America on transferring its embassy to Jerusalem, and so harshly counted America as a companion of Israel in its crimes.

However, it looks like that Turkey tries its best to prevent deepening the crisis in its relations with these countries for the sake of avoiding every kind of possible threat to its political and economic stability. On the other hand, as Turkey has differences with Russian in the Syrian case; however, it will keep good ties with Russia in order to have its positive powerful against the West.

Its impacts on the Afghan-Turk ties

As previous, Islamism government will be formed in Turkey once again, and it is why it gives importance to its role and influence in Afghanistan. Uzbeks and Turkmens presence in Afghanistan and support of Turkey from exiled vice-president Gen. Dostum is the case that might have impacts on the bilateral ties; however, Turkey will now try to solve this issue peacefully and for Dostum to return to Afghanistan.

Turkey will also play its role in improving the Afghan-Pak ties as Pakistan is under international pressures now. With regards to this issue, the trilateral meeting between Afghanistan-Pakistan-Turkey was also agreed upon during Turkish premier visit to Kabul.