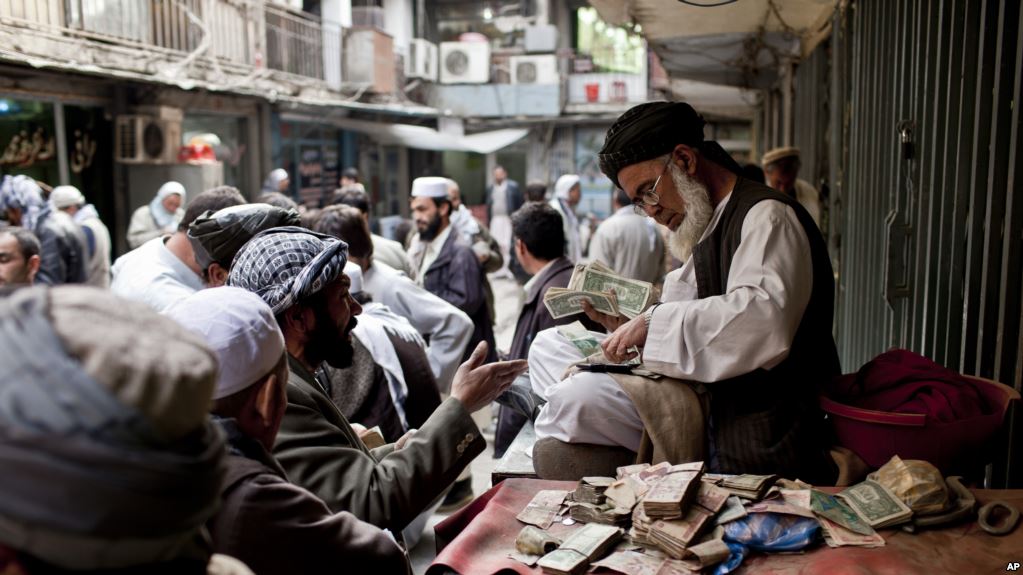 The depreciation of the currency and its instability against foreign currencies in a country has an impact on domestic and foreign goods prices in the country and is has an important place in its economy.

Since then, Afghani [currency] has been falling for some years, especially during the era of the National Unity Government (NUG), and has now reached its lowest level. Overall, the value of Afghani against foreign currencies, especially the US dollar, had not depreciated to such an extent after the printing of the new currency in 2003. It has caused problems in the economic field and has put shadow on the lives of the people.

How did the modern banking system in Afghanistan begin and where is it now? What was the value of the Afghani currency during the past 17 years and which factors led to the devaluation of Afghani? These questions are discussed in this Analysis.

Before the establishment of the bank and the emergence of the modern banking system in Afghanistan, the capital and property of the state were protected by the state treasuries and the people’s capital were protected by the people themselves. Although there were at least a handful of traders in Afghanistan at that time, they were known among the people as “Sud Khor” and “Haram Khour”, meaning who is involved in usury, and thus the people did not have in interest in dealing with them and/or exchanging money or valuables goods with them.

At first, “Da Afghan Milli Bank” as the only bank in Afghanistan, was functioning both as the central bank and as a commercial bank; however, with the establishment of DAB, publishing of money and other governmental banking tasks were transferred from Da Afghan Milli Bank to this bank.

Until 2001 and the fall of the Taliban regime in Afghanistan, various regimes changed the shape and type of Afghan money in accordance with their personal views. Even some jihadist parties or jihadist leaders had published and distributed their own special banknotes, but this situation came to a new stage in 2001 after the establishment of the new regime in Afghanistan.

In 2003, new Afghan banknotes were used in the country after the removal of the three zeros from former banknotes with a new title (AFN) having the code of (ISO 4217). In addition to government banks, several domestic and foreign private banks also began to operate in Afghanistan.

Although it has been around 85 years since the birth of the bank and the start of modern banking in Afghanistan, this country is. However, still one of the countries that never have a stable economic growth and a consistent, standard financial system trusted by the people and the world.

Afghanistan is a country where its economy has been neglected by its governments due to its political and security challenges during history. Ineffective government policies have stopped the country’s economy from needed growth and the country’s money to keep its value.

After 2001 and the formation of the new regime in Afghanistan until the arrival of the National Unity Government over the course of the past one a half decade, the value of Afghani against a US dollar ranged from 46 to 57 Afghanis, which was also largely the result of the presence of foreign forces, the international community, organizations, institutions and various types of foreign offices in the country.

After first two months of 2015, Afghani harshly lost its value against US Dollar and one US Dollar was equivalent to 67.25 Afghanis at the end of that year. This situation has slowly continued in 2016 and 2017 and now, as we are in the midst of 2018, a US Dollar is equivalent to 73.30 Afghanis now

The Depreciation of Afghani (Currency)

The factors behind depreciation of Afghani are as following:

Deteriorated economic conditions; while in the term of the National Unity Government, a number of infrastructure projects became completed or inaugurated; government revenues were more profitable, with much of them were originated from tax on the consumption credit for telecommunication networks, but in general, the country’s economic situation has become worse day by day in compare to last one and a half decade; unemployment is on the peak, and hundreds of thousands of young Afghans are on their way to Europe through dangerous routes; the country has faced with capital flow, and the country’s economic growth has been diminished.

Deteriorated Security and Political Situation; presently, the most important obstacle toward economic growth and stability in the Afghan currency is the insecurity issue, intensification of the war and lack of political stability in Afghanistan. Afghanistan is currently in the worst political and security situation; internal disputes between the country’s politicians and the escalation of the war by armed opposition groups are among the issues that have put shadow on the country economy. Therefore, as long as the security and political situation in Afghanistan is not improved, it will be difficult to come out from the current economic crisis.

The Artificial Value of Afghani; another reason behind devaluation of Afghani is supplying US Dollar to the market. Although this policy, to a specific extent, controls the prices and rates of Afghani against foreign currencies; however, it, practically, is able to keep the Afghani value artificially and for a short term.

However, paying attention to the imposition and collection of taxes on imported materials, the protection of domestic production and the promotion of Afghan money in large-scale economic exchanges can have a positive impact on the value of the Afghan currency, but now, given the political and security situation in the country, and lack of government’s serious attention by the government to the Afghan currency would make the value of Afghani decreased during this year.

Besides this possibility, the devaluation of the Afghan currency has led to rise in the rates of food, oil, gas and other essential materials for everyday life in the country and has left people in trouble. Over the past few months, the price of one liter of petrol has increased from 44 Afghani to 52 Afghani, 1 kg of liquid gas from 43 to 50 Afghani, one bag of Kazakh flour, from 4950 Afghani to 1150 Afghani, and the price of one kilo of green tea increased from 270 Afghani to 300 Afghani. Therefore, controlling and improving the situation requires taking serious measures by the government.