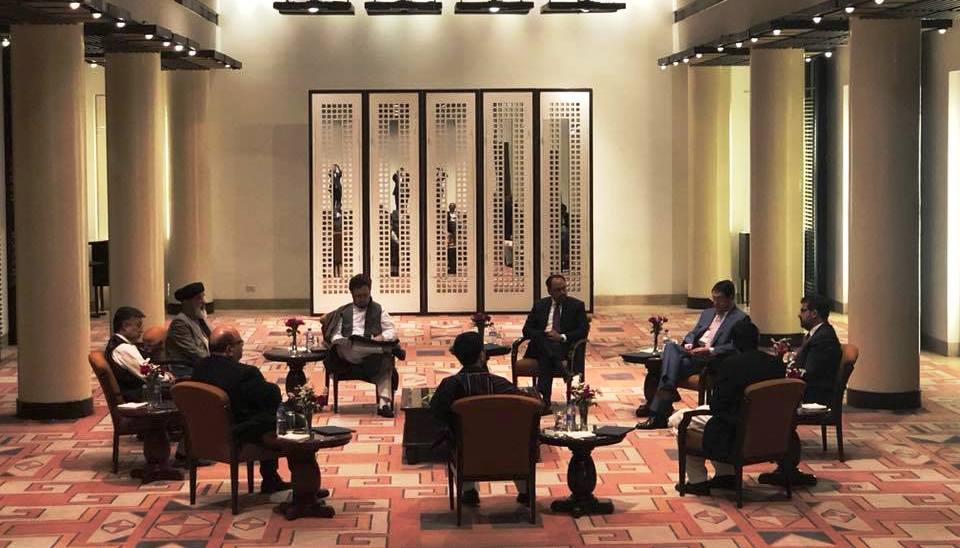 On the basis of the Afghan Constitution, the working term of the present parliament was completed at the June 2015. However, the government has thus far failed to hold Parliamentary Elections due to certain political hurdles.

Adjournment in holding Parliamentary Elections allowed the working term of the Parliament to last three years longer than its normal time until the Afghan government eventually announced on March 22, 2018 that the Parliamentary and District Council Elections will be held on October 20, 2018. From the very first days of the announcement of the date of Parliamentary Elections, its work started. And it has so far faced many problems and challenges, such as security threats, the use of fake Afghan ID Cards and illegal buying and selling of stickers installed on the back of these ID cards.

In recent days, some Afghan political parties have come together in a meeting and warned that the Independent Elections Commission (IEC) should halt the ongoing election process and provide citizens with biometrics which would assist in holding transparent elections; however President Ghani’s response to the demands of these political parties was that Political parties should understand their responsibilities and “not create obstacles in the process”.

The second clause ofArticle 83 of the Afghan constitution explicitly states  that the working period of the House of People shall terminate after the disclosure of the election resulton the 1st of Saratan of the fifth year and the new parliament shall commence work thereafter. The Afghan governmenthowever, was not able to hold the Parliamentary Elections on the expected time and thus the working term of the House of People or “Wolesi Jirga” extended till the announcement of the results of the elections based on a presidential statement released on June 19, 2015.

The political conflict in the country, the opposition of the Chief Executive towards the work of previous election commissions and his emphasis on creating new commissions and reforming the electoral system apparently seem to be major factors in the three-year postponement of the Parliamentary Election.

With the resolution of the case of electoral reforms and the formation of new commissions on June 22, 2017, the date of the Parliamentary Election was announced and specified as July 7, 2018. However the date was not finalized until the election commission, in the first days of March 2018, announced October 20, 2018as the final date for holding the Parliamentary Elections, and thus the practical work started on the process after the announcement.

On the other hand, delay in holding the Parliamentary Elections and extension of the working term of Wolesi Jirga to the eighth legislative and the third consecutive yearnot only provoked legitimacy of the Wolesi Jirga, but also caused some of its members to discontinue their work and thus further caused lagging and slowdown of the whole process. used them as an opportunity for pursuing their personal interests.

Based on the Law of Political Parties, performing independent political activities, forming temporary or long-term political unions or coalitions with other parties and introducing candidates in the entire elections are the rights of all of the political parties registered with the Afghan government. However, considering the previous and present elections and the interactions of persons related to different parties and temporary collations, it seems that Afghan political parties are yet to be shaped as solidified, effective and committed to national interests and yet to attract the trust of the people.

As was the case of previous years, political parties becomedivided during elections and  often do not act as a whole. For example, in the 2014 Presidential Elections, Mohammad Mohaqiq from Wahdat-e Milli Islami Party stood alongside Dr. Abdullah from Jamiat-e Islami Party, while on the other hand Ismail Khan, unlike his partisan, backed Abdul Rab Rassol Sayyaf from Dawat-e Islamic Party. There are plenty of such examples that implicate lack of unity among members of political parties.

Thus it becomes clear that  Afghan political parties are yet to contest as a party in the political field. There is always a possibility of coalition between members of different parties; as there is also a strong possibility for the collation to collapse.

When looking at factors behind the lack of good performance of Afghan political parties in politics and governance and why a party that would be comprehensive and trusted by everyone is yet to be formed,it becomes evident that the groups that are active under the banner of political parties in Afghanistan now  mostly lack a working strategy; a large portion of them have ethnical agendas and the political structures are often based on ethnical and sectarian rapports. In most of the cases, personal and ethnical interests over national interests and international principles of a political party in politics are preferred

When a member of a political party in Afghanistan is detained on accusations of crime and corruption, they stand against Government and interact with the backing of party and sect. Taking such positions has caused them to be trusted by none but a few.

Though the Parliamentary Elections process resumed  after three years of postponement (and approximately four months have passed from the initiation of the voters’ and candidates’ registration process, and most members of political parties have participated in and get registered for the elections) recently, some of the parties and politicians expressed their opposition to the ongoing process of Parliamentary Elections and asked for a halt and cancellation of the process.

Although participants of the meeting warned that if the Afghan government did not respond to their demands within a week and did not stop the electoral process, they would use all their means and facilities to prevent the ongoing electoral process, President Ghani responded by saying  “who are these politicians that speak on behalf of the people? Who has elected them? How many votes have they received? And when did the nation provide them with authority to represent them? I am the President of the Afghan nation. I sit at the position as a result of the people’s votes; I neither have the power nor the money… but I am here for my own talent and capability. Let’s enter the electoral campaign … more than eight million people have registered in the elections and the elections will be held in accordance with the law and the will of the people … how the people who have got armed forces can call themselves political parties?”.

All-round and transparent elections in a country, more than anything else, is dependent on the sovereignty of government on the entire geography and nation of the country.. A strong and dominant system of governance is a prerequisite to free and fair elections, yet the current system in Afghanistan is lacking sovereignty and strong governance which causes hurdles in the way of a smooth electoral process.

Therefore, the following points warrant necessary consideration as the challenges facing  2018 Parliamentary Election that could affect its legitimacy:

Firstly confrontation of Taliban with the Electoral Process is a major threat and challenge . According to SIGAR currently 40% of Afghan soil is under control of the armed opposition of the government, that question the legitimacy of elections in these areas.

Secondly; local militias and their commanders are another challenge for the ongoing electoral process. The case of imprisonment of Qaisari is a good example of it. Currently, as the government has detained Nizamuddin Qaisari, his supporters have closed the doors of IEC offices in four Northern provinces.

Thirdly; political parties and politicians opposition to the process of Parliamentary Elections is another challenge towards holding elections.President Ghani provided a decisive negative response to the demands of the parties and expressed that politicians do not have the right to challenge the electoral process; and if the political parties really boycotted the elections,undoubtedly,the elections will lose its legitimacy and will be the cause of a new crisis in Afghanistan.