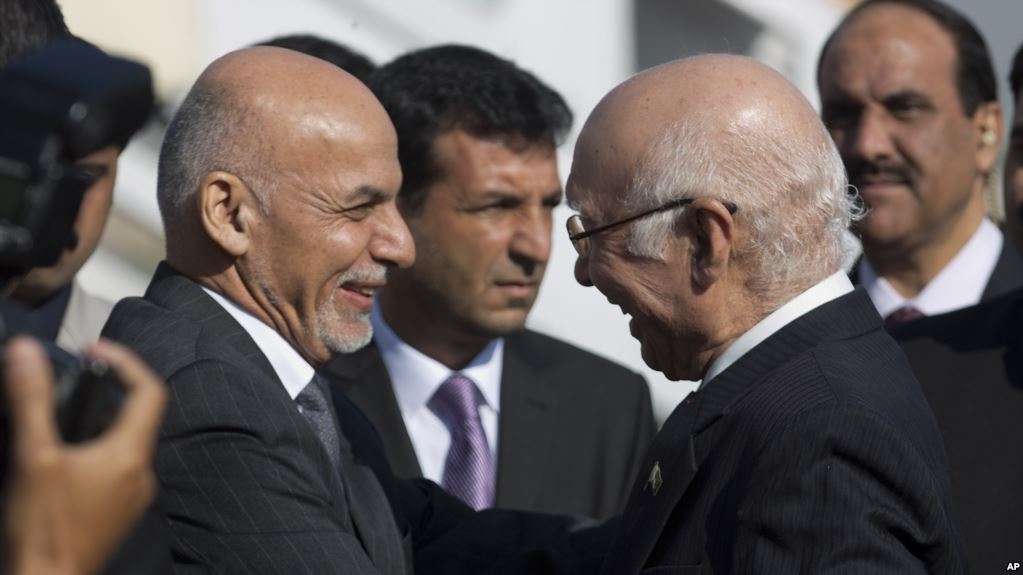 It is almost four years that the National Unity Government (NUG) became established having President Ghani as its leader; however, the country was faced security and political instability and economic challenges in this period. By the way, the foreign policy was a field where the NUG had both successes and anticlimaxes.

The NUG foreign policy and the successes and shortcomings in its four years are discussed here.

From 2001, and then, to the end of second term of ex-President Hamid Karzai, the Afghan government was being criticized for its reactive foreign policy. Despite that, having deteriorated relations with neighboring countries and lack of balanced policy towards neighboring and other countries in last 13 years were also the issue that made the foreign policy to became criticized.

After formation of National Unity Government, Ashraf Ghani, as the President, said in his inauguration speech that the Afghan issue has foreign dimensions and thus the foreign policy is of a vital importance. President Ghani introduced his five foreign policy circles that are as following:

Generally, the focus of Afghan foreign policy in this period was on peace process, economic integration and grabbing international aids. In the peace issue, neighboring countries and Islamic World were mostly focused on because these countries were engaged in the Afghan issue since last four decades. But now, as Afghanistan is relied on assistance and support of US, Europe, Canada, Japan and some other international organization; that’s why they were given more attention in the President policy. Besides following successful and effective efforts on foreign policy, the National Unity Government (NUG) has also got some problems and miscarriages in its foreign policy.

During the term of President Ghani, the National Unity Government (NUG) has following foreign policy achievements:

NATO leaders decided in the Warsaw Conference that they will keep its forces till end of 2017 and that they will contribute 4.5 Billion USD for the purpose of supporting Afghan security forces. On the other hand, the Afghan government was promised 15.2 Billion USD targeting the reconstruction of Afghanistan in the Brussels Conference.

Even though, Afghanistan had some achievement in the foreign policy field during NUG; however, besides feats, it had faced defects as well that are noted as following:

First; the Afghan Foreign Policy, to a large extent, was double-standard; and thus, was not balanced in most of the cases. For instance, at the beginning, the NUG kept its ties with Islamabad as close and warm as it even forgot New Delhi; however, the warmness in relations vanished and Kabul, once again, turned its face to New Delhi and there was even times in Kabul-Islamabad ties where they closed the Torkham and Chaman ports, had armed conflict between their border forces and even the Afghan government rejected the $500 Million aid of Pakistan in the Heart of Asia Conference.

The National Unity Government (NUG) got rid of its long-lasting neutrality and backed the Saudi Arabia position in the Saudi-Yemen issue. Meanwhile, President Ghani could not keep balance between international superpowers and was not able to independently hold its relations with various regional and world countries. However, lack of balance during NUG resulted in initiation of Cold War, especially, between US and Russia, getting severer year by year.

Second; most of the times, Afghanistan was deprived of one and final position on foreign policy issues due to its scrawny sovereignty and internal disputes. For example, based on different reports since last few years, Iran is accused of sending Afghans to the Syrian War. Even though, the Afghan government has, many times, promised of further investigation in this regard and both houses of the Afghan parliament have harshly criticized Iran directly and asked it to stop performing this job; however, not only the Afghan government is silent about the issue, but also the Second Deputy of Afghan Chief Executive Office, Mohaqqiq backed this job during his speech to a meeting in the soil of Iran and praised the Iran support for Fatimyoon group in fight against Daesh.

Third; at the first days of NUG, President Ghani hurriedly signed the Bilateral Security Agreement (BSA) with US that later caused in expansion of the on-going war in Afghanistan, rise in civilian casualties and made hundreds of thousands of Afghans to leave their homes due to wars and bombardments.