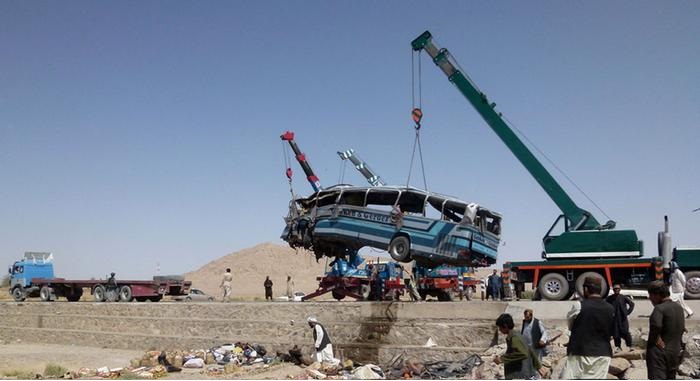 Besides loss of dozens of lives and daily casualties of due to the current war, insecurities and natural disasters, traffic incidents are another cause of deaths and injuries for our nation every year.

Based on the recent report released by the ministry of Public health, 52,657 people have visited their hospitals due to injuries caused by traffic incidents in 2018. Nevertheless, 4555 people have been transferred to Hospitals, injured by explosions and suicide attacks during the same year.

The statistics from 2018 indicate that the amount of injuries caused by traffic incidents are twelve times higher than the injuries of caused by explosions and suicide attacks.

Here, we discuss the upswing of traffic incidents, reasons behind the rise in incidents and accountabilities of the government.

Traffic incidents and its mass casualties around the world are basic intricacies of well-being and have raised a lot of concerns. Based on statistics released by WHO, more than 1.25 million people dies and around 20 to 30 million get injured and disabled because of traffic incidents every year.

18th November is memorialized to remember the victims of traffic incidents every year. The day was first memorialized by the Road peace foundation in 1993 and officially recognized by the United Nations in 2005.

The purpose of the memorial is to encourage governments to disseminate safety guidelines, ameliorate roads and increase of safety for transportation equipment. Despite Afghanistan’s agreement with targets for sustainable development and promised to make half of the road safe  by 2020 and completely safe by 2030, but traffic incidents are increasing every year and no actions have been taken to prevent such incidents.

There are many causes, which lead to deadly traffic incidents in Afghanistan. The most common reasons are:

Responsibilities of government and people:

Collaboration between the government and people is essential in order to lessen and control traffic incidents. Consideration of both and their cooperation can prevent many deaths and injuries.

As the government has the responsibility to guard the lives and properties of its nationals, take actions in order to prevent deadly and injurious incidents, they are liable to consider some points as well to prevent traffic incidents.

First: Installation of required traffic equipment such as traffic signs, speed limit predictors, weight estimators and supervision of Road reconstruction companies, which have contracts with the government are measures for which the officials are accountable to step up for their implementation, because  every measure has important role in reduction of traffic incidents. Devotion to these measures not only prevent incidents, but also protects the roads and preclude excessive government expenditures.

Third: Corruption in traffic offices have led to issuance of driving license without passing training period and exam. Further, disregarding traffic crime for a small amount of money has also resulted disobedience from Traffic laws. The circumvention of corruption is a serious need in order to prevent traffic incidents.

Besides government, people are also required to take responsibilities for the safety of their own, surroundings and for the discipline of the society. Among whom, the owners of transport agencies are liable at the first stage. They are ones who can control their drivers, quality of equipment, facilitate and evaluate services and are able to follow the laws and regulations of the traffic in the country.

Drivers who stands as bridge between companies and the passengers have to understand that” being cautious while is not a sign of fear or lack of experience but a sign of your smartness about life and property of yours and others”. They have to realize that they are accountable for the passengers and any incidents that may occur as they are liable to know the traffic rules and signs. Therefore, they should not sacrifice their lives and the lives of many other for their pleasure of driving faster than others.

In addition, the passengers who are financial supporters of companies and are the main victims of Traffic incidents should know how to decide and choose transport for travel, as nobody is willing to carry them for free. Thus, they should not travel with companies which do not have hygiene for the travel.