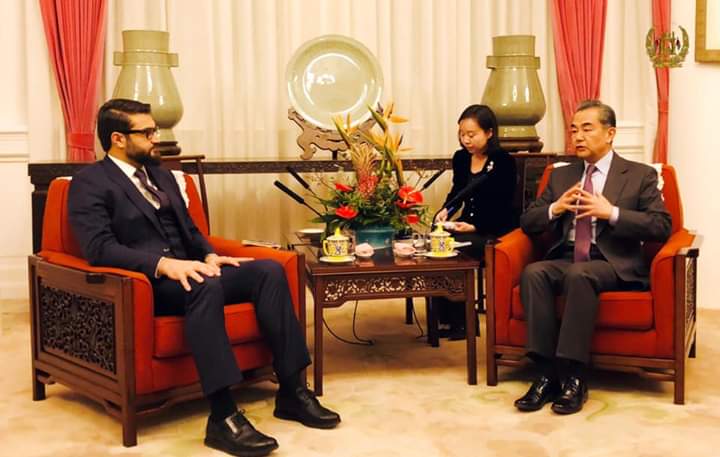 The efforts to end the current war in Afghanistan initiated under the leadership of the United States a few months ago. Since then, United States and the Taliban negotiated face to face three times. However after the meeting in Abu Dhabi, the negotiations have delayed and encountered obstacles.

Following the talks in Abu Dhabi, it was declared that they would perhaps meet again at Saudi Arabia. Later, Qatar was picked for next gathering which was seemingly postponed due to dissension over the agenda of the meeting

The Qatar meeting is suspected to be cancelled due to hostilities and disagreements among some countries. The visits of Afghanistan national security advisor Hamdullah Muhib and Special representative of the United States for Afghan peace Zalmai Khalilzad recently to different countries were conducted to resolve such obstacles and disagreements.

In order to discover, why the US – Taliban peace talks have delayed and what will be the result and impact of pressure on the Taliban to resume the peace talks? Some questions may arise:

Why the Afghan peace negotiations have delayed?

The hopes for peace have increased for peace in Afghanistan after the start of face to face negotiation between the Taliban and the US. The continuation and three times face to face discussion among the Taliban and the US representatives, the release of Taliban leaders from Pakistan prisons and the participation of Taliban military officials, especially the Haqqani group in peace talks are reasons, which made people optimistic about peace and the end of war in Afghanistan.

After three discussion on peace between the Taliban and the United States, the fourth meeting in Qatar apparently delayed due to conflict over the agenda. However, there are other motives, which seems to be the reasons of the postponement:

First: withdrawal of US forces was the main condition of Taliban to begin the peace talks. Lately, Taliban have once again emphasized on the US to pull their forces out of Afghanistan. However, it is suspected that the United States is not welling to leave Afghanistan completely and wants to remain in the region with a smaller number of soldiers. Therefore, they are planning to force Taliban to agree with the presence of the US a military base in Afghanistan.

Third: Another reason for the delay are the Taliban themselves and their limitations.  The hostility between Saudi Arabia and Qatar For instance, are one of the limitations for Taliban and can be considered an obstacle for decision regarding peace talks. This is because the Taliban are compelled to consider the demands and opinions of all the sides who they have relations with and had their assistance in the past.

Regional pressures on the Taliban:

After the postponement of peace talks, the Afghan government and Zalmai Khalilzad have instigated visits to many countries that have influential role in the region region and can contribute to end the current war in Afghanistan.

In the series of his visits to the region, Zalmai Khalilzad included Afghanistan, China, India, and Pakistan to his fourth visit. Similarly, the National security advisor Mr. Hamdullah Moheb also visited China, India and Saudi Arabia. Both had one goal which was to receive their assistance in ending the war in Afghanistan and to constrain the Taliban to negotiate with the Afghan government.

Meanwhile, China is one the countries, which does not have the politics of interference and conflicts but tries to expand its supremacy through economics and business. By rebuilding Kabul – Islamabad relations, China can assist in peace negotiations process as it needs a sustainable Afghanistan for long term profits.

Additionally, Saudi Arabia from one side has a higher significance in Islamic world, on the other hand has announced to pay billions of dollars to Pakistan, through which, Saudi Arabia can put pressure on the Taliban to begin peace talks with the Afghan government.

Finally, Pakistan has more influence on the Taliban compared to any country and where Taliban are presumed to have concealments. Therefore, there is always covet from Pakistan regarding Afghan peace negotiations. The United States began to pressure Pakistan a long time ago and it seems like Pakistan, due to such pressure began to intimidate the Taliban for Afghan peace. This is because last week’s reports express that the Pakistani army captured a high ranking member of Taliban and released him after a few hours.

In the course of Afghanistan government and US pressures, the Taliban in a proclamation threatened to delay peace talks, if United States doesn’t return the previously agreed agenda.

The Taliban have stated that in a meeting in November 2018, the United States has agreed to discuss the withdrawal of US forces and not using Afghan soil against any other country. However, United States is trying to avoid the agenda now and struggling to add issues to it which are in favor of the US.

Furthermore, the proclamation states that “if the Americans want to negotiate with good will and accept the demands of the Muslim nation of Afghanistan, the problem can be solved. However, if they are trying to escape from lawful demands of Afghans, and use peace talks for their own and military purposes, or pressure us through bribing other countries, this will mean that they have no interest of resolving the issue through peace negotiations”.

Last week, Reuter’s news agency stated that the conflict over the location of peace talks is one the main factors of postponement of negotiations and has occurred due to personal disagreements among a number of countries. Based on Reuter’s report, Saudi Arabia and UAE do not want the the peace talks to take place in Qatar, and on the other hand, Iran opposes the peace talks to happen in Saudi Arabia or United Arab emirates.

It seems that the mutual relations among involved countries in recommencing peace negotiations can either succeed or fail the process. In this situation, the Afghan government officials are responsible to keep the process away from the personal relations of countries and strive to build a true mutual agreement in order to reinitiate the negotiations.