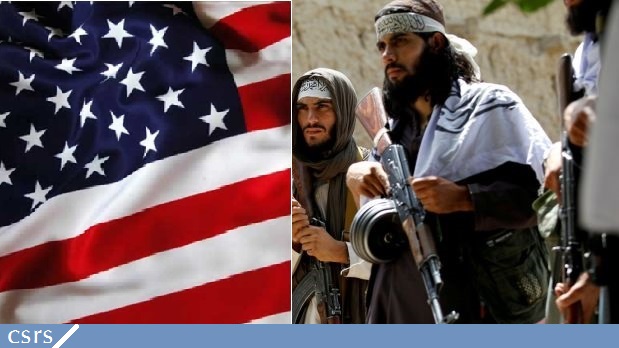 The third round of Afghan peace talks was held around two months ago in UAE. Negotiations were postponed due to disagreement on the agenda. Although the talks seemed to have reached a dead end, it instigated again recently.

The fourth round of the US-Taliban peace talks happened from 21st to 26th of January 2019. Although the talks were held behind closed doors and there were not enough details disseminated by the officials, hopes for lasting peace through policy have been ignited.

The recent meeting between the Taliban and the United States, the viewpoint of the Afghan government, and the direction towards which the peace talks are headed, are issues that are discussed here.

What Happened During Six Days of The Talks?

Based on various media reports, the main discussed points in the meetings were the US army pullout timetable, prisoners exchange, ceasefire, interim government, facilitation of peace talks between the Afghan government and the Taliban, and stoppage of danger from Afghanistan to others after the US pullout.

Zalmay Khalilzad wrote on his Twitter “After six days in Doha; meetings were more productive than they have been in the past. We made significant progress on vital issues but haven’t reached any final agreement”.

Khalilzad falsified all the reports about his discussion with the Taliban regarding the establishment of government and said, “the reports of interim government are false and was not discussed during the talks.”

After six days of talks, the Taliban, in a proclamation said “at this stage of negotiations, progress was made in discussions regarding the US pullout and many other important issues. The clear view of the Taliban was: if the US pullout issue is not resolved, there is a chance of progress in other issues. The reports regarding ceasefire and agreement to negotiate with the Afghan government are absolutely untrue”.

Overall, the extension of talks till the sixth day, their stands after the discussions and various reports of media show that the Taliban and the US Representatives have discussed various issues. As Zalmay Khalilzad has said, the Taliban and the US have reached to agree on a general framework. This includes relative agreement on the US pullout, which was the main agenda of the fourth meeting.

The Viewpoint of the Afghan Government

The Afghan government was unhappy about the US-Taliban peace talks since the commencement of the process because of their omission from the negotiations. Therefore, by creating obstacles for the peace process, the government is trying to find and to have a central role in peace talks. The Afghan officials don’t approve any negotiations without their participation.

The discussions of different media groups about the issue provoked the government officials and other political leaders. The Wall Street Journal, during the peace negotiations, stated: “In the negotiations, it was agreed that the Taliban would not allow Alqaida and ISIS to attack countries from Afghanistan.”  A few hours after the publication of the report, Ghani in World Economic Forum in Davos, Switzerland, said: “the Taliban have links with the most dangerous criminals, mafia syndicates and Pakistan.”

Similarly, after Khalilzad’s meeting with Ashraf Ghani, a US embassy newsletter quoted Ghani and stated: “the key to peace is in Kabul.” This statement provoked Amrullah Saleh, the vice president of Ghani in upcoming elections and said: “the key to peace is not Kabul, but in Pakistan.” He also said, “Just like the 90s, the presidential palace should not be in the center of any changes, but should be in its surroundings and away from decision making”.

Ghani’s video message about the peace process was also a sort of disagreement with the Afghan peace negotiation process between the Taliban and the US. In his message, he said, “We want peace with deliberation, deliberation is important because we don’t want the mistakes of the past to be repeated and Afghanistan doesn’t become a field of civil war once again.” He also had a bitter message to the Taliban and told them “get out of the sinister plans of the foreigners, show your Afghan identity, say yes to the demands of Afghanistan and begin serious negotiations with the government.”

Before this, President Ghani in Geneva conference said “the peace talks should be performed under the leadership of the Afghan government. The Afghan presidential elections in spring are important for the success of peace negotiations”.

Towards Which Direction the Peace Talks are Headed?

Every peace process goes through many discussions and ups and downs. In order bring to bring peace through negotiations to a war country like Afghanistan, plenty of time, patience and discussions are needed.

The Afghan peace negotiations should be considered as complicated as the Afghan war itself. There are detrimental involved parties on a regional and international level in Afghan war which, for their good, do not want the war to end. Therefore, the involved sides in negotiations need to be patient and deliberate during the peace process.

Recently, the willingness of the Taliban and the US to reach a political arrangement, its beginning and continuity are issues that have increased hopes for peace.

The six days of talks and the proclamations of both sides were hopeful because both mentioned progress and continuity. Also, the submission of Qatar office’s leadership to Mulla Baradar may be useful to the peace process and can persuade the Taliban to be more serious in the talks, since Mulla Baradar is one of the founders of the Taliban movement. He still has an important place as an influential and religious leader among the Taliban.

According to the Taliban, the main reason for the war in Afghanistan is the presence of the US forces. This is the main issue being discussed with the US, and it appears that the US is seriously considering the pullout.

Besides all these, there still obstacles on the way to peace. One of the barriers is the absence of a national consensus regarding peace which needs plenty of discussions for achieving it.