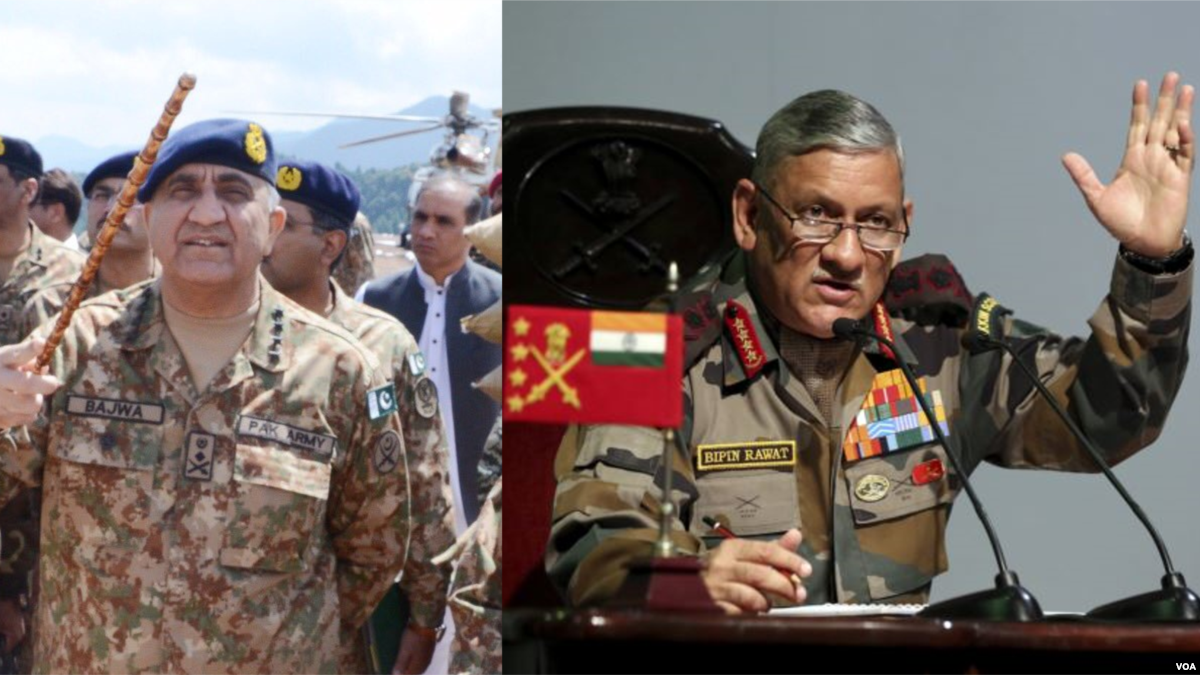 On 14th February 2019, around 45 Indian soldiers were killed in a vehicle-borne explosion in India-administered Kashmir. India blamed the Pakistani intelligence for the attack and threatened to attack Pakistan.

Although Pakistan requested the U.N. to play a role in reducing the hostility between both countries, the Indian air force bombarded Balakot region of Pukhtunkhwa on 26th February 2019. India claimed that they had targeted the camps Jaish Mohammad group.[1]

A day before the Balakot attack, both countries confronted each other in the air. Pakistan claimed to have shot down two Indian aircraft and captured an Indian pilot. However, India says that Pakistan one Indian and one from their aircrafts were downed.

Here, we discuss the hostile Indo-Pak relations and the impact of the recent antagonism between the two countries in the region.

After the division of India and Pakistan in 1947, both countries have gone into horrific conflicts three times in last 72 years.

First Conflict of Kashmir: Pakistan was recognized as a separate country after 1947. After the separation in 1947, Pakistan attempted to bring Jammu and Kashmir under their control. Thus, Pakistan attacked the region. However, the leader of Jammu and Kashmir (Hari Singh) requested India for help and promised to sign the annexation of the area. India accepted Hari Singh’s request, and thus, the conflict between both countries began.

Second Conflict of Kashmir: The second conflict began in 1965. The cause of the second conflict was as same as the first one. The battle started with the announcement of Jabalul Tariq operations in April 1965 and ended in September 1965.

The second conflict was between infantries over the international frontier between the two countries. The dispute continued for five months and bore heavy losses for both countries. The battle finally ended with the imposed ceasefire of the U.N. and the Tashkand proclamation.

Third Conflict of Kashmir: After the second conflict, the people of Bengal (East Pakistan) who were thousands of Kilometers away from current Pakistan, felt a need for separation from Pakistan. The thoughts of separation spread and Bengalis consequently Chanted for Independence.

In March 1971, prime minister Yahya Khan decided to take military actions against the East Pakistan movement. The conflicts heated with the interference and support of Indian forces from Bengalis. India and Pakistan fought for 14 days, and the battle ended with the defeat of Pakistani troops. Followed by Pakistan, India was first to officially recognize Bangladesh as an independent country.

Pakistan and India never had friendly relations in the past seven decades. Recently, the hostility among the countries has increased, and their soldiers have exchanged gunfire near the Kashmir frontier.

Indian officials on Tuesday stated that they had targeted the biggest camp of Jaish e Mohammad group and have killed many militants in the attack. Although the spokesperson of Pakistani army falsified the statement and said that the Indian aircraft had bombarded a mountainous area near Kashmir, but the residents of Balakot region have told the news reporters that they have the voices of aircraft and explosions

After India’s attack, prime minister Imran Khan and the national security council conducted an emergency meeting and said that they would respond to India’s attack in a suitable time. Later, the reports of shooting down of jets were published. Pakistan claimed to have shot down two Indian aircraft and captured an Indian pilot. On the other hand, India claims that among the fallen aircraft, one was a Pakistani jet.

Regarding the increase belligerence between India and Pakistan, Imran Khan has recently said that Pakistan and India need to use their intellect and wisdom because war is in favor of none. He gave a message to India that they need to resolve their disagreements through talks and Pakistan is ready to discuss issues including the Kashmir incident.

Besides, Pakistan has requested the U.N. to play a role in reducing the hostility between the countries. Also, Pakistan released the Indian pilot. From all these, it seems like Pakistan strives not to let the recent hostility become a big issue. It is assumed that Islamabad’s stand is due to International community’s pressure for their support of terrorism. Additionally, despite internal disagreements, Pakistan is facing a financial crisis. Therefore, Pakistan tries not to let the bellicosity turn into a war.

On the other hand, the grating behavior of Dehli and their airstrike in Pakistan is a political game. By doing so, Modi is trying to obtain the support of people and win the Parliamentary elections.

Impact on the region

India and Pakistan are vast and important countries. If the hostility between them converts into war, it will undoubtedly have an impact on the security, politics, and economy of the region. As the past experiences of conflicts have not only harmed both sides, but also influenced the region. Also, both countries have strategic partners, and the rise of belligerence among them will raise conflicts and competitions among countries.

With the increase in hostility among the countries, Pakistan recently suspended flights over Pak airspace until an unspecified date. This decision from Pakistan has not only caused financial losses to airline companies and business people but also caused problems for people due to delays in their travels.

Currently, due to the pressures of the United States, Pakistan appears to be ready to help the Afghan peace process. The release of Mulla Abdulghani Baradar and his arrival to Qatar is a gesture of cooperation. However, the statement of ruining the Afghan peace process is Pakistan’s attempt to reduce the pressures of India and the International community and resolve the issue through talks. The peace process will continue according to the plan of the United States.

To conclude, it is to be said the conflict between Pakistan and India is neither in favor of the two countries nor region. It is important for both countries to have patience. Also, it is the responsibility of the international community to play a role in reducing the hostility between the countries and resolve the issue through talks.

[1] Jaish-e-Mohammad is an armed extremist group who incepted under the leadership of Mawlana Masood Azhar in 2000.  The group claimed the attack on Indian parliament in 2001.  Although India, the UK and the US called it a terrorist group after the inception and the president Parwiz Musharraf also announced the group as illegal, but the leader of JeM still operates as the leader of Khadem-ul-Islam group.