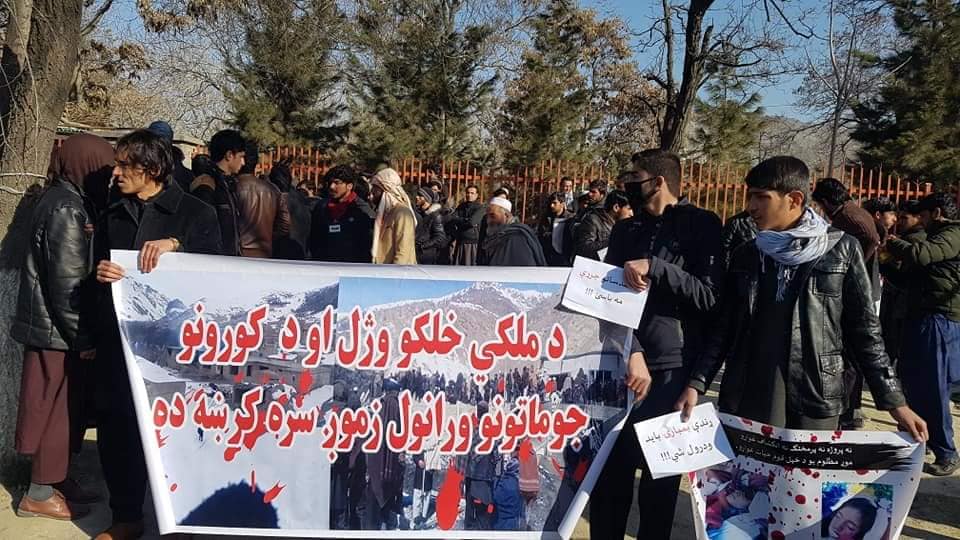 Last week, hundreds of Wardak residents protested in Kabul in condemnation of joint Afghan and foreign forces airstrikes and night raids on Jalga district of this province. Protesters condemned joint forces’ recent airstrikes and warned that they will block the Kabul-Kandahar highway if these blind strikes don’t end.

More than 20 civilians, including women and children, were killed and wounded in the Afghan and foreign forces’ operations and bombings in Dorani, Babak, Shtortughi, and Chotouy villages of Jalga districts of Wardak Province. In addition to residential houses, a mosque and a Madrasa (religious school) were targeted.

This weekly analysis focuses on these airstrikes and their consequences.

The Rise of Civilian Casualties in Airstrikes

The war expanded and became more severe with the establishment of the National Unity government. With the intensity of conflict and increase in attacks by Militants, the bombardments of Afghan and foreign forces have also increased which has often led to civilian casualties.

Based on the annual report of UNAMA published last week, the civilian casualties due to airstrikes and night raids increased remarkably in 2018. The casualties increased by 61% compared to 2017, and the death toll has risen by 82%.

Airstrikes on residential and religious places

Airstrikes of Afghan and foreign forces increased remarkably after the announcement of the new strategy of the United States for Afghanistan and South Asia. However, these strikes have led to civilian casualties and destruction of residential and religious places, instead of the elimination of Militants.

The airstrike on a religious school occurred when children and civilians were celebrating a graduation ceremony. Around a hundred civilians, including children, were killed in the bombardment of Afghan forces. Although the Afghan government claimed that some important members of the Taliban participated in the ceremony, the Taliban and some analysts falsified these claims.

Based on reports released on 19 February 2019, the US forces in a night raid burned a historical religious school “Hamidul Madaris” and destroyed two houses with explosives in Kapisa province. Similarly, a day before the Kapisa raid, another religious school was destroyed using bombs by the Afghan and foreign forces.

In addition to demolitions in Kapisa and Logar, the Afghan and foreign forces bombarded a house, a mosque and a religious school in Jalga of Wardak a few days ago. The bombardment also killed and wounded 20 civilians which included women and children.

During the 18 years of war in Afghanistan, many civilians including women and children were killed and wounded, mosques and religious schools were destroyed in the so-called “counter-terrorism.” These attacks are called “mistakes,” and forgotten, and the perpetrators of these attacks are never punished. However, these attacks certainly have consequences:

First: the repetition and continuity of such attacks on civilians increase the distance between people and government. Thus, people become apathetic regarding the decisions and actions of the government. To seek safety from oppression, people search for other ways and solutions.

Second: Killing civilians and bombarding residential places increase hatred of people towards the perpetrators which can play a role in the continuity of war in the country.

Third: as the hopes for peace in Afghanistan have increased more than ever before, the destruction of Mosques and religious school at this period will have an impact on the peace process. Such bombardments and destructions will provoke the sense of seeking vengeance, harden the conditions for peace and turn mentalities inimical.

The Taliban and the U.S. are negotiating face to face for a few months, and last week, they had their fifth meeting in Qatar. It is expected that the current war in Afghanistan will come to an end.

Overall, the civilian casualties are caused by the lack of attention of combatants to the rules of war. Killing children and women in war or targeting civilians is against all laws of humanity and Islam. Thousands of civilians are killed each year since the past 18 years, and the government and international community have remained silent about it.

Regarding the recent incidents, it is necessary for the government to take actions and punish the perpetrators, rather than remaining silent about it or denying it. Otherwise, these incidents will only lead to the empowerment of the militants.