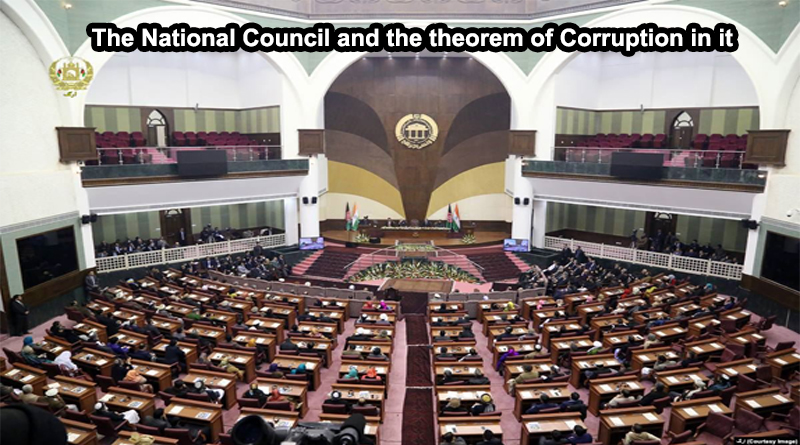 The Independent Joint Anti-Corruption Monitoring and Evaluation Committee (MEC) released its Vulnerability to Corruption Assessment (VCA) of the Afghan National Assembly (NA) on July 21, 2019. The VCA analyses vulnerabilities to corruption within the Afghan Parliament with respect to three areas legal and institutional frameworks, institutional ethos, and capabilities. The VCA was conducted by sound research methodologies to assess whether adequate internal and other controls are in place to prevent corruption. A multi-methodology approach to data collection was used, consisting of semi-structured interviews with key informants and the analysis of primary and secondary documentation. The research was conducted over the period from February 2018 to February 2019. Any reforms or initiatives outside this period were not covered. To what extent has the work of the past National Assembly been effective, how much Parliament has done, what parts of Parliament’s work are vulnerable to corruption, and how parliament played a role in combating corruption and implementing reforms across the country? There are a number of issues that we are discussing in this week’s analysis.

Part of Vulnerable sections at the National Assembly:

The VCA team focused on the institutional ethos within the National Assembly. The team identified the following issues of concern MPs’ unfamiliarity with the Code of Ethical Conduct for Officials of the Three Branches of Government; Disregard for the part of the Code regarding conflicts of interest; Involvement in bidding for Government contracts; Failure to declare assets, income, liabilities and interests; Strong belief amongst the MPs that they are above the Law; and  Widespread fraud when it comes to the expenses of the MPs, the prevalence of the practice of lobbying for cash or favor and the illegal acceptance of ‘gifts’ by Members. Regarding the enforcement of ethical standards within the National Assembly, the VCA team found the following vulnerabilities to corruption The NA has not yet implemented much of its Anti-Corruption Strategic Plan; Demonstrated bias in the implementation of disciplinary measures; and  A culture of impunity of the MPs. Also, the country’s constitution does not explicitly state specific mechanisms for resolving conflicts between the government and the National Assembly. This and other vulnerabilities reinforce the general attitude that the National Council does not carry out its duties in a uniform and high-quality manner.

While some of its representatives consider themselves beyond the law, there is widespread corruption associated with the use of council members, lobbying for cash and bribery, or the acceptance of illegal donations.

The evaluation of the Anti-Corruption Monitoring and Evaluation Committee refers to discrimination in the implementation of corrective actions and states that among the representatives of the National Council of Culture there is derogation. While disability and discrimination in conducting council members make it more difficult for them to respond, the spread of culture of exemption among the agents makes it nearly impossible to arrest and condemn them to crime.

The process of recruiting at the National Council is more transparent, as a large number of internal staff members of the council are appointed on the basis of family relationships. Lack of practical tools for regular internal audit and monitoring of Council expenditures, the vulnerability of this section has made the council more vulnerable to corruption. Finally, for greater transparency in the allocation of council resources, there is a need for a better system for salaries along with transparent controls. To examine the effectiveness and efficiency of the National Assembly, the VCA team examined human resource management, procedures and financial management. The following vulnerabilities to corruption were identified, Lack of transparency in recruitment processes and many internal staff appointments made on the basis of family connections; Difficulties in holding onto experienced staff within the NA secretariats and lack of support staff with legal background. No provision for Members of the Administrative Board to recuse themselves when called for; Frequent failure to reach the quorum needed for voting in the Wolesi Jirga; Difficulties for researchers, journalists, and academics to access information; limited access by members of the public to observe sessions of the NA. No effective mechanisms in place for regular external auditing and oversight of Parliament’s expenses; and, Lack of a robust salary structure with clear controls and lack of transparency in resource allocation

In many cases, the Afghan National Assembly has, in some cases, been somewhat problematic, rather than acting as a legislator and acting on the functioning of the government, in the fight against corruption. Legislation and monitoring processes are vulnerable to corruption, and ethical standards and codes of conduct are largely overlooked, and administrative and financial capacities in the council’s secretariats are weak. The current parliamentary period, while there was concern about bargaining over the election of the head of the Wolesi Jirga, has the opportunity to restore the reputation and good name of this important national institution. This period of the National Assembly can bring the lost public trust back to the council through transparent legislation and effective monitoring, and through the provision of desirable behavioral and ethical examples.

The final part of the report presents recommendations to mitigate each of the identified vulnerabilities to corruption in an actionable way. Each recommendation entails a specific action to be undertaken. These measures will depend greatly upon the competence and the determination of the NA Secretariats in making the NA a more effective and efficient institution. Altogether recommendations were made, addressing each of the discovered vulnerabilities to corruption, In order to increase the level of transparency regarding the preparation of legislative documents, it is necessary for the National Assembly to consider such issues as: the organization of advisory meetings, the sharing of proposals on the official website of the Council and social networks, and to urge all views before sending a draft to Parliament. The creation of separate parliamentary groups to work on the approval or rejection of the legislative orders of the president and the work on other legislative issues can prevent the closure of laws. In order to change the general view of the country’s parliament, this institution should do its work with more and more transparency with criteria it is necessary to establish a clear procedure for abuse of the exemption as a corrective action and set a set of criteria in place to end the culture of impunity for parliamentarians. The processes that have significantly increased the salaries of members of the National Assembly Should be explored separately, and for the fair use of distributed resources, all facilities and equipment related to the council should be considered.