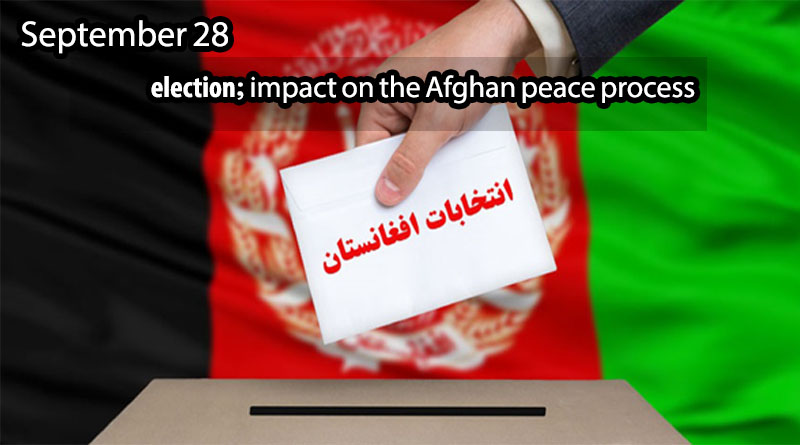 The fourth round of presidential elections will be held on September 28, 2019 the practical process of holding the Presidential Elections has been initiated at a time when the security situation in the country, in comparison to the past, is deteriorating rapidly and the war claims the lives of countless Afghans on a daily basis. The Taliban also warned in their latest Statement of disrupting the elections and targeting election commission workers and participants. The International community also comments on the deteriorating situation of Afghanistan. Many Afghans say that in the current situation, holding elections will lead the country into disputes and instability.

The Analysis looks into that how these Election will be held? The country’s security situation after election, security threats toward the elections and the transparency of the Presidential Election.

Deteriorating security situation and the expanding war in the country are considered the main challenges facing the Presidential Elections. Based on reports of international organizations, almost half of the Afghan territory is controlled by the armed opposition of the Afghan government. Meanwhile, more than 40 thousand civilians have been killed/injured during the last four years only, according to UN.

Although the Afghan security forces assure the people about security on the Election Day and claim to have deployed 72 thousand Afghan troops in order to ensure security be maintained on the Election Day; the people and electoral watch institutions are  still concerned about security. This was the result of security threats targeting employees of IEC, the candidates, and the public after the registration process for Presidential Elections began, which in turn amounted in less people turning up for registration in many parts of the country.

According to IEC, the Afghan security institutions were assigned the task of maintaining security of 7,300 voting centers; however, they were able to maintain security for 4950 centers only. This means that almost 2350 voting centers will remain closed on the Election Day due to security issues.

Elections will be transparent and general?

After the new system was established in Afghanistan in 2001, the first presidential Elections were held during the year 2004. However, as corruption and fraud was rampant at the time, the presidential witnessed a number of persons that entered politics neither representing the people nor accountable to them. Whatever they were doing was for the sole purpose of their personal interests. The upcoming presidential Elections are held in a time where, on the one hand the deteriorating security situation has prevented the generality of the elections and, on the other hand, because of broad corruption in the country, there are concerns that the upcoming elections will also be tainted with corruption and fraud for the second time. General and transparent elections are directly linked to full sovereignty of the government on its nation and territory; however, the Afghan government has not attained full sovereignty over the entire Afghan territory due to war and poor security situation. The lack of trust of the people in transparency of elections is on the peak due to existing corruption and fraud in the electoral process. These are the issues that have brought the legitimacy of the presidential Elections under question

The Impact of election on Afghan Peace

Sadiq Sediqi, a spokesman for President of Afghanistan during a press conference has said that the government suspended efforts related to peace process until presidential election which is scheduled to be held on September 28.

He said that the election was priority, adding consultations on peace would begin after the vote. The attempt by the State Builder team, however, would be to manipulate the outcome of the election, in any way, and keep the affairs of the country in the hands of the state for another five years. But given the current situation and past experiences of the country, it seems that the upcoming elections will neither satisfy the aspirations of the Government Builder team nor will there be any good outcome for the people. After going to the second round, elections will be controversial and the result will be confusion and disagreement between the candidates. The disagreement with which the country will move itself to a new crisis is also the crisis of legitimacy of the system which will make the situation of the country more difficult. If the Government Builder team declares its victory, the other candidates will never accept it, nor will the Taliban withdraw from the war. This is what the nation is afraid of and has repeatedly warned the sympathizers. In fact, the priority of our country is not peace, but peace. I wish the existing governors had made peace a priority over elections; we would have been one step ahead in this national process. But in the current situation where the talks between the Taliban and the US have stalled, the talks between the two sides seem to suggest that the talks will resume soon and the Afghan government insists on holding the elections, and the situation seems to be worse now. Security situation, voices of widespread fraud, high number of nominees and poor election commission management will be what will lead to the second round of elections, which is the beginning of a new crisis that may be over. Continue for several months. Afghan politicians need to set up inter-Afghan talks to urge Americans to resume talks with the Taliban for permanent peace in Afghanistan. To negotiate so that we can find lasting peace in the country and for the current crisis.