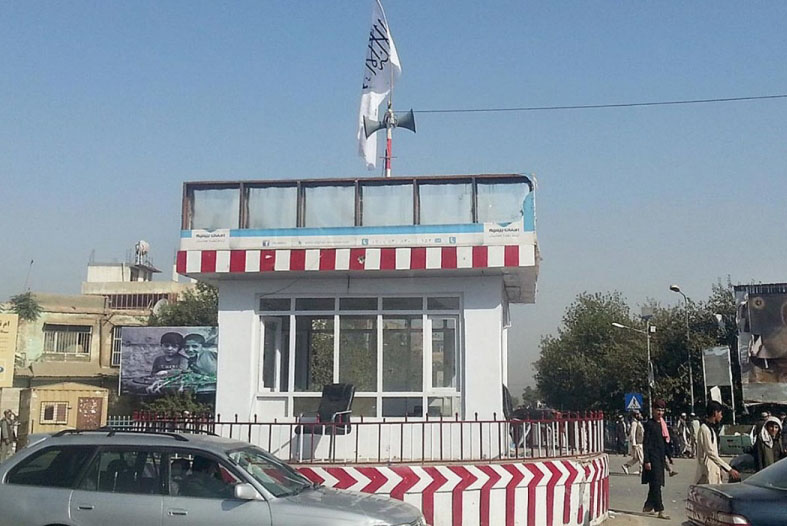 The National Unity Government (NUG) has passed its first year without having an achievement. The leaders of NUG have given big promises to the nation; however, they have not fulfilled any of them yet.

The main reason behind this is the disastrous war. However, President Ghani, during his campaign, had promised the people that providing peace would be at the top of his government’s priorities.

Peace Negotiations with the Taliban

Peace is not one-sided process that a party can impose on an opposite side until it become weakened as a result of war and does not have a solution except surrendering. The main problem of NUG is that it searches peace in eliminating the opposite side, but, as it does not have the power to do it, therefore, it requests Pakistan to do so. In the case, the experience of Hamid Karzai’s government shows that struggle on providing peace is entirely an inter-Afghan process.

If the government of Afghanistan thinks that the Taliban are entirely in control of Pakistan, and Afghanistan can make Taliban to surrender to the Kabul government by providing privileges to Pakistan; either it has countered mistakes in its calculation or it is fooling itself.

If the government of Afghanistan provides every kind of privileges to Pakistan, the Pakistani side would demand for ensuring that it has a long-term access to these privileges. This assurance cannot be achieved by surrendering the Taliban to the Kabul government, but Islamabad can achieve such kind of a long-term assurance through having the power shared with the elements loyal to Pakistan.

The demands of the Taliban were so clear in Mullah Akhtar Mohammad Mansour’s Eid message; they were: withdrawal of foreign forces from the country, dismissing the security agreements signed with the governments and organizations and adopt the Sharia Law. Hence, Pakistan or any other country will not be able to dissuade the Taliban from their demands.

If the government of Afghanistan provides the Taliban with such privileges in order to have peace, there is no need to the intercession of Pakistan and this duty is like to be performed through inter-Afghan negotiations, also.

Change in the Leadership of the Taliban

After the disclosure of the death news of Mullah Mohammad Omar, the domestic and international media tried to prove that the Taliban has countered disputes and ramification, however, the incorrectness of this believe is proved gradually.

The government of Afghanistan had two rounds of peace negotiations in Urumqi and Islamabad with those who were not representing the Taliban. This was Pakistan’s artifice that makes those who were accessible to Pakistan to enter the negotiations on behalf of the Taliban; however, the Pakistani officials say that the peace talks are suspended to an uncertain future due to disputes revealed in the ranks of the Taliban after the disclosure of the death news of Mullah Mohammad Omar.

The reality is that Mullah Akhtar Mohammad Mansour has the executive responsibility in the Taliban movement since 2010 and establishing the Qatar Office was from his initiatives. Accepting an address for peace negotiations means that the Taliban wants to have negotiations on peace, however, it believes that the “occupation” of Afghanistan by foreign forces should become to an end. It means that this issue should be resolved with America through negotiations; however, negotiations on peace would be impossible if the military presence of America continues in the country.

On international level, the US and China announced that it welcomes the peace negotiations as a result of Pakistan’s intercession, however, the United States yet to be told anything officially for the main condition of the Taliban which is dismissing the security agreement with America and withdrawal of its entire forces from Afghanistan.

Taliban considers China as a power in the region that its presence can be an assurance for the withdrawal of foreign forces in the region, however, it looks like China has concerns about the situation of Afghanistan after the withdrawal of American forces from Afghanistan, hence, it does not want to express its opinion in this regard, especially after the presence of Deash, which is considered as a challenge for the region, proved in Afghanistan and Americans are busy with magnifying this threat every day.

The Emergence of Daesh in the East of Afghanistan

Some people believes that the Taliban was the only group that was fighting against foreign forces in the past 13 years; now, they are faced a newcomer opponent named Daesh in the Eastern part of Afghanistan who wants to spread its control to other areas in the country, gradually. Mullah Akhtar Mohammad Mansour also mentioned this issue in his Eid message that “Invaders try to bring new groups to the ground”.

On the other hand, the emergence of Daesh is a headache to the Taliban, has an unpleasant message for the regional countries and even makes those security officials of regionale countries to think about whether Taliban are more dangerous or Daesh. Whereas, the Taliban has always emphasized on national interests and goals inside Afghanistan, in the case, Daesh aims establishing a great Khorasan in the region; the regional countries, according to their own principles, would prefer the Bad “Taliban” when they have to make a choice between a bad “Taliban” and Worse “Daesh”.

Each kind of magnification for presence of Daesh in Afghanistan could be in interest of the Taliban and it can have the attention of neighboring and regional countries to be focused on the Taliban as an influential force against Daesh.

War in the North and Collapse of Kunduz

Taliban has made efforts for spreading the war in to the Northern part of Afghanistan from the beginning of 2015 and it looks like they are successful in their program. In the case, the emerging point of the Taliban is South of the country and until the last two years, the analysts believe that the Taliban has not a chance in the North of the country; now, it is known that its most achievements are in the North.

Probably, the weakness of NUG has its impact on the Taliban and this weakness better revealed after the collapse of Kunduz by the Taliban; however, the base of the mistakes that made people in the North to take distance from the government is established in Hamid Karzai’s era. These mistakes were never tried to become fixed.

Establishment of local police (Arbaki) which was an unsuccessful experience of Communists and their brutality in the area caused the Taliban to have significant presence in Kunduz province and eventually take control of its provincial center.

Collapse of Kunduz by the hand of Taliban in the first year of NUG is clear message to foreign forces supporting NUG and NUG itself that the Taliban are powerful than ever and no power can dismiss them, now.

Kunduz has a strategic importance for the Taliban. The Taliban, during their regime, were able to control the North after they took control of Kunduz. The difference is that there was the North Coalition in Badakhshan and Takhar at that time, however, the Taliban has wide presence in Badakhshan and some areas of Baghlan right now. Therefore, Takhar and Baghlan provinces are under the direct threat of the Taliban.

From Power Sharing to Internal Disputes

In a country where individualism is praised, dividing of power between two opponents could not have a better result than it is. The cabinet is not established after one year, the disputes over election commissions are going on and the E-IDs are yet to be distributed due to dispute over using the terms of Islam and Nationality.

The President and CEO and their deputies have hired a large number of advisors to no avail. And, the government has put 10% tax on telecommunication networks in order to provide the extravagant salaries to these advisors.

President Ghani had promised eliminating corruption, he did not fulfill his promise; moreover, corruption has increased and promoted several time more compared to Karzai’s era and even it spread in the armed forces, also. The parliamentarians even claim that the check posts are surrendered to the Taliban in exchange for money.

The government hired former brutal Communists in order to get use of their experience and eliminate the armed opposition, but they became failed, either. They were talking about tactical retreating and preventing civilian lives while the districts were collapsing and they repeat the same song after Kunduz collapsed; in the case, the reality is that they are incapable.

What should be done?

The NUG has got achievements neither in war and nor in peace. We are now witnessing a failed state. If the government wants to take the country out of this unpleasant situation, it should take care of the following points:

If the international community really wants to help Afghanistan, it should support the above-mentioned options; otherwise, the situation of the country would get worse more than ever.