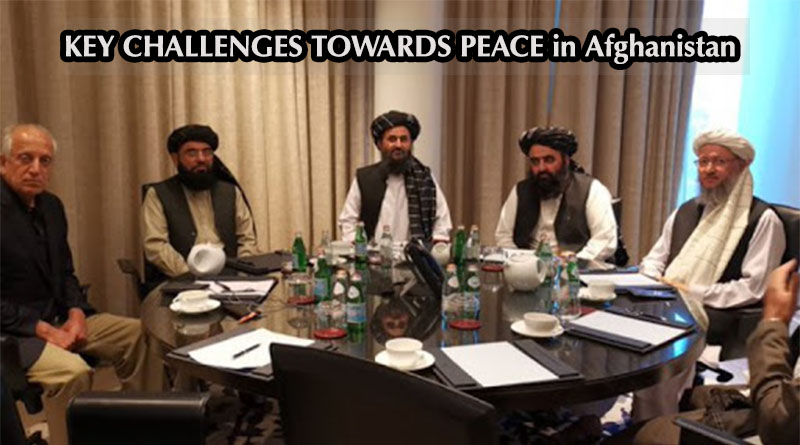 On 8th July, 2020, President Ashraf Ghani had a series of online conferences with representatives of some countries, aiming to bring global consensus regarding the Afghan peace. According to government officials, the video conference was held with representatives of 20 countries and organizations including the United States, Russia, the United Nations, Pakistan, India, Iran, China, Egypt, Qatar and some other countries. The participants backed the efforts that aim to bring unity, independence, land integrity and a lasting peace to Afghanistan. The participants supported the Afghan government’s struggles to conduct Geneva conference and promised to fund reconstruction and renovation in Afghanistan after the success of the peace efforts. In addition, the participants requested the Afghan government to act upon the promises that have been made about good governance.

Later on 10th July, 2020, a conference was held between Afghanistan, China and Pakistan. According to the spokesperson of the ministry of foreign affairs, the conference was conducted between deputy ministers of the countries. During the conference, the representatives of China and Pakistan praised Afghan government’s efforts about prisoners’ release. They also requested the Taliban to reduce violence and step towards the Intra-Afghan dialogue. These conferences happen when the commencement of intra-Afghan has seemingly faces a dead end due to the Afghan government’s refusal to release a number of prisoners. But certainly, the Taliban appear to be less inclined towards the Intra-Afghan talks until today.

In addition, the Taliban have declared that Zalmai Khalilzad and Mulla Beradar have discussed the date of commencing the intra-Afghan dialogue to be 4th July, 2020. Zalmai Khalilzad has stated that any delays in the commencement of intra-Afghan talks will give an opportunity to the enemies to hurt the peace process. A newsletter of the Taliban states that Mullah Beradar has discussed economic development, reconstruction, and foreign investment in the region with Adam Boeler. Also, reduction in violence, prisoners’ release, commencement of intra-Afghan dialogue and regional support from the peace process were among the matters that were discussed by Zalmai Khalilzad with the Afghan officials. So far, the Afghan government has released around 4000 out of 5000 prisoners and some are promised to be released during this week. Although a date has not been specified for the commencement of intra-Afghan dialogue, but sources say that the talks might begin this month.

There is no doubt that in order to end the current war, those matters should be resolved that have caused the war at the first place. Thus, video conferences with dual or multiple representatives of various countries may not be fruitful, but instead, the root problem should be recognized and resolved. Currently, although various reasons are brought into the discussion, but the truth is, Afghan politicians and different political bodies have diverse and even opposing opinions about the peace. National consensus about the nature of talks, balance of participants of both parties, way of interaction with the Taliban and others matters is still needed.

One of the main obstacles for peace is interferences of foreign countries. Occurrences have shown that preserving peace and security in Afghanistan are highly dependent on those countries whose major interests are at risk, and therefore use war and insecurity to interfere in the region. Such countries take in peace considering their own interests, not the interest of Afghans.

In addition, Afghanistan stands at fifth place in the list of poor countries of the world, indicating the poor economic condition of the country. Afghan security forces are highly dependent on the US financially. Economic dependence means that the country is politically dependent on the other country as well. Which also means that the country is unable to independently maintain political relations.

Prisoners release issue is another controversial matter that challenges the peace process. The Taliban demand release of individuals who are guilty of murders, terrorism, and many other cases of human rights violation. As the government refuse to release the guilty individuals, release of all 5000 prisoners has been stopped and the commencement of intra-Afghan dialogue is therefore facing obstacles.

Unbalanced foreign politics of the government are among the obstacles for peace. This is because Iran and Russia stand against the US, India has issues with Pakistan and some other countries in region oppose each other about Afghanistan. The Afghan government needs to take a decisive stand and should convince the neighbors that peace in Afghanistan is not only vital for the Afghan nation, but it is beneficial for all the countries in region.

Karim Popal, a political analyst who currently lives in Europe has stated in his notes that in 2016, the ministry of interiors shared a list of terrorist groups with Interpol activated in Afghanistan. In addition to the Taliban, the list contained 168 small and large armed groups whose most members were international criminals that were guilty of thousands of murders.

Such statements indicate that the Afghan government is not only dealing with the Taliban, but many other opposing groups who operate under the name of the Taliban. As their operations will be exposed after peace, they strive to sabotage the peace process in order to be able to end their resistance along with the Taliban.

In addition, insouciance of Islamic nations about the Afghan crisis and even support from militants is another obstacle for peace. Also, weak governance, political instability, hostility among politicians, and distrust of people regarding the government are among the serious challenges that may trigger a dead end of the peace process.

Moreover, increase of attacks by the Taliban have dimmed the hopes for peace. Although the Taliban deny such attacks, but unless they announce a ceasefire, it is difficult not to link these attacks to the Taliban. Declaration of ceasefire by the Taliban will not only indicate their commitment and good intentions about peace, but will prevent any possibility that leads to blaming the Taliban for attacks. On the other hand, the Afghan government are also offensive against the Taliban in some areas, which further jeopardize the peace efforts.

Although Afghanistan is suffering from war and insecurities since the last 40 years, but latest efforts for peace are hazy and dim. But since conditions are suitable for bringing peace to Afghanistan, the nation should take maximum advantage of the opportunity. Throughout the last few decades, the Afghans were the main victims of the war and insecurities. Hence, they welcome and support the peace process. Currently, the peace process is at new stage and through Intra-Afghan talks, Afghans can stop the war and bring a lasting peace to Afghanistan.