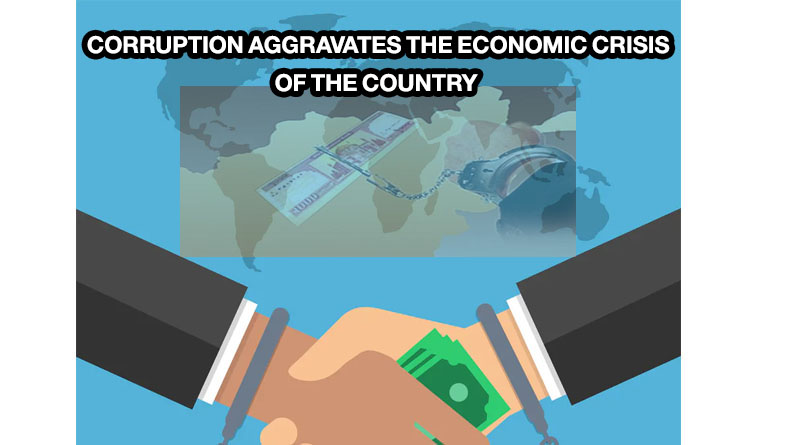 Although the central bank claims that no assets of the bank were harmed during the period of CCTV surveillance stoppage, but many social media users criticize the shut down and considers it a case of corruption. While corruption exists all over the world at different extents, it is widely spread in Afghanistan’s administrative system.

During his electoral campaign, President Mohammad Ashraf Ghani made 19 promises to combat corruption upon success. He used to emphasize on accountability and transparency. In this regard, he considered the absence of an assets recording and justice systems as the key causes of corruption. Hence, back then, he claimed to bring the following changes after winning the elections:

After the establishment of the unity government, President Ghani once again emphasized to implement his anti-corruption plan in London’s conference in 2014 and declared his 20 promises in an article.

In 2017, it was announced that bribe is given more than its annual budget in Afghanistan. During that year, the numbers were 1 billion higher compared to 2014. However, the country rose by 5 positions in the list of the Transparency international. According to the organization, Afghanistan has attained 15 points in the list and stands at 176th position among 169 countries. While the country attained only 11 points and stood at 3rd place in the list of most corrupted countries in 2015.In addition, Afghanistan attained 16 points in 2018 and stood close to Sudan and Ghana. The transparency International has lately published a list of 180 countries and has reported that Afghanistan has attained 15 points out 100 in 2017 and 16 points later in 2018. However, the country withholds 16 marks in 2019, showing no change in the points table. The statistics of the organization show that Afghanistan stands among the top 10 most corrupted countries in the world.

There are many anti-corruption organizations such as high anti-corruption authority, high anti-corruption commission, justice authorities, internal audit departments, high authority of internal auditing and some others who operate to fight against corruption. Yet, corruption is still widely increasing in presence of such organizations. Despite their efforts, corruption still challenges the system by causing distrust of people regarding the operations of the government, and triggering negligence, fraud and unethical deeds in the society. Corruption not only prevents investments, but spreads like a cancer in society and sometimes becomes incurable.

Srirak Plipat, Director for the Asia pacific at Transparency International has earlier said “the justice system and other government bodies require extensive reformation in order to eliminate corruption. The current efforts to combat corruption are inefficient since no known corrupt individual has faced justice in the country”. In addition, Jocelyn Mason, secretary of the UNDP has expressed that lack of strategy and, absence of a comprehensive plan against corruption are the main causes of corruption in Afghanistan.

Nowadays, Government offices rarely carry out operations without bribe. In various organizations, ministries, municipalities, security establishments, traffic police, and even universities, bribe and personal relations are favored over talent and education. In order to be recruited for a position, bribe is publicly demanded from applicants. Also, instead of qualification, recruitments are carried out based on political ties and personal relations. In order to attain a position in an administrative wing of an organization, using personal ties and bribe has become a pretty ordinary requirement. Therefore, to combat corruption, a deep knowledge of corruption and corrupt officials is vital. This is because misusing a legal, economic or a political position for unjust recruitment can easily violate the right of a deserving individual and can gave privileges to an unworthy individual. Such doings clearly against the constitution of Afghanistan.

Although there were plenty challenges to combat corruption during the first period of Ashraf Ghani’s administration, but the unity government was able to reduce corruption to some extent. However, since his win in the second term of presidential elections, he has neither spoken of his anti-corruption plans nor have actually stepped up to combat corruption. On the other hand, various cases of corruption and bribery are occasionally reported. Seemingly, instead of combating corruption, Ashraf Ghani and his team is engrossed in preserving their administration and rerouting the peace process towards their demands. In addition, his hostility with Abdullah Abdullah and his team can also be a cause of the lack of attention towards anti-corruption measures.

In a word, the high ranking officials of the government should understand that corruption, economic crisis triggered by the coronavirus pandemic, insecurity and war have taken the people to the brinks of agony and destruction. If the government is unable to end the war and bring peace and security to the people of Afghanistan, it should at least reduce corruption and the fight the economic crisis that is caused by the coronavirus.