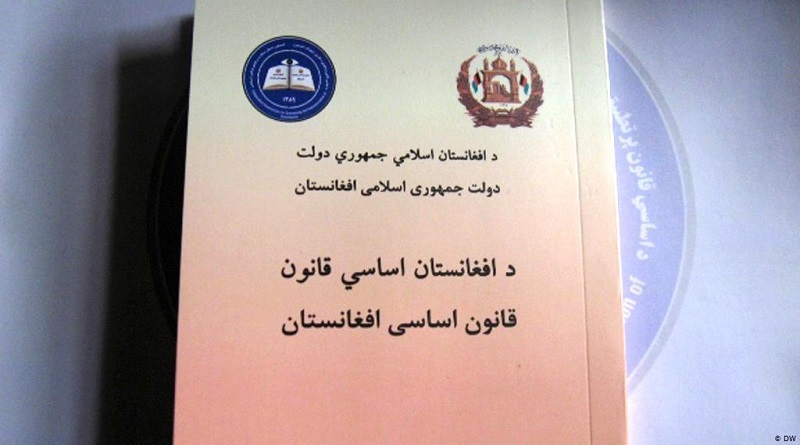 When the Taliban regime ended, the Bunn conference was held to create a new political system which included three phases: first, to create an interim government, second, Transmission period, and third was to conduct election. Now the question is, why there were three phases for the creation of a political system in Afghanistan? Why not elections right away? The reason for that was absence of a constitution. The main responsibility of the interim or transmission period was to draft the constitution and approve it through Loya Jirga which turned helpful in creating an electoral government.

The Link between Interim Government and Constitution

Amendment of the Afghan Constitution

Shortcomings of the Current constitution

There are two aspects of the shortcomings in the constitution of Afghanistan. First, those which require reformation according to law experts. And second, those which the Taliban seek their amendment. Presently the second aspect is essential to be considered, as success of the peace process is connected to it.

Problems and shortcomings of the constitution can be divided into three parts i.e. content of the constitution that is not in accordance with Islamic law, legal and technical shortcomings, and literary and orthographic problems. Here, we cannot state and analyze all parts of the shortcomings but will state some as an example. Among the articles of the constitution that are in contradiction with the Islamic law, article 4, 6, 7 and 10 can be particularly considered. Article 4 and 7 seemingly contradict Islamic law due to absence of clear definition of terms. However, its legal purpose and analysis can be tolerable.  For instance, article 4 talks about sovereignty of people which is criticized by Islamic scholars. They state that power and sovereignty is given to people in the article, but in fact, sovereignty is only for Allah s.w.t in Islam. However, if the whole article is considered, its context by any chance does not mean that sovereignty of Allah should be given to the people or sovereignty of people should be above everything else. Its purpose is point out its practical side, prevent despotism, and enable people to be directly or indirectly able to appoint government officials.

The second type of problems in constitution are the ones that only Taliban sees them as problems. It is not clear that which articles exactly the Taliban disagree with. However, we can guess some of the articles as follows:

These are merely the cases which can be predicted up to some extent from the Taliban’s viewpoints so far, but there are no formal and detailed explanations from the Taliban in this regard.

At the end, it must be stated that the constitution of Afghanistan (year-1382) besides some drawbacks, got some remarkable merits which can be rarely seen in other regional countries’ constitutions. For instance, oppression and injustice have been prevented in a very good manner, the basic rights and duties of the people are very integral and comprehensive, the administrative and political system has been well defined and most significantly, and the rulings of Islam are prioritized and respected in majority of the cases. You can refer to the 1st, 2nd, 3rd, 17th, 18th, 19th, 20th, 62nd, 63rd, 74th, 109th, 130th, 149th and some other articles of the constitution in order to see that how Islamic rulings have been prioritized in Afghanistan’s constitution.

This analysis is conducted while the negotiations are in progress between Taliban and the negotiator team of the Afghan government in Doha. As one of the substantial parts of the talks is discussion over the constitution of Afghanistan, hence, majority of the involved parties are anxious that involved sides will not reach into consensus over the cited issue. However, it is evident from our aforementioned analysis that discussion over the constitutional cases during peace talks is not a very complicated issue and the parties can easily reach into an agreement over the constitutional cases, as the dispute between the two sides is not that severe over contradictive matters.

It is surely very important that both sides should pay a crucial attention while adjusting the constitution in order to prevent repetition of previous faults, avoid any further need for re-modification of the constitution, and preclude criticisms of law experts. For now, priority should be given to an agreement over a government where all parties are involved, and the upcoming interim government should last until the draft of the constitution is finalized. After finalizing the draft, other stages of the national reconciliation and the establishment of Afghanistan must be carried out in light of the stated draft. We recommend that both parties may reach into an agreement if the following ideas and values take place in the new constitutional draft:

[1] If our respected readers are interested to get in depth information with respect to the problems related to these articles, then you can refer to the following books: