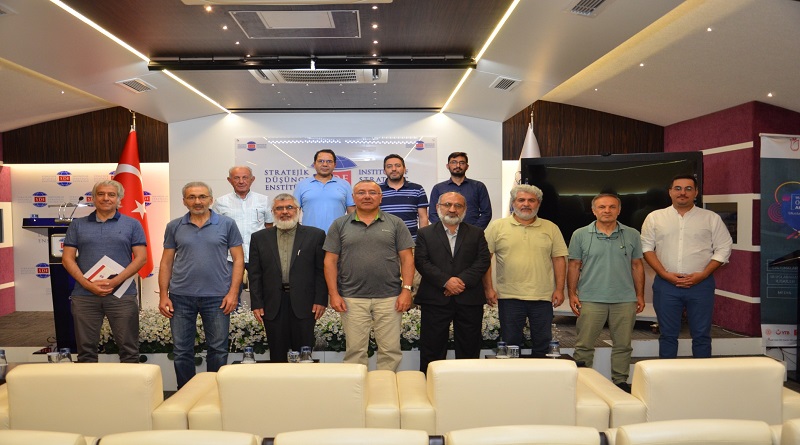 The CSRS delegation led by the Director-General of CSRS, Dr. Misbahullah Abdulbaqi, participated and addressed many conferences and seminars of various research centres, during its official visit to Turkey.

One of these conferences was the seminar of SDE (Stratejik Düşünce Enstitüsü) or Institute of Strategic Thinking, which was held in Ankara of Turkey, where the CSRS delegation participated and spoke. Also, on September 12, 2021, the delegation participated and spoke at a conference of the BARQ for Policies and Consultations in Istanbul. This conference was held on the issue of Taliban’s takeover of Afghanistan. The Director-General of CSRS, Dr. Misbahullah Abdulbaqi, discussed the future challenges and the ways forward. Meanwhile, the CSRS and BARQ signed an MoU on bilateral cooperation during the conference. Beside this, the CSRS delegation participated and spoke in many other conferences and seminars held by various Turkish research centres.