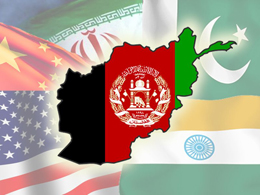 The senior officials of Pakistan, after the announcement of the death of Mullah Mohammad Omar, which caused the relations between Afghanistan and Pakistan to become frozen, have repeatedly expressed that they want the revival of peace process. On the other hand, the Afghan side is also hopeful for reinitiating the peace process.

After the Pak-Afghan relations broke down, a lot of senior Pakistani officials- from political leaders to military commanders-have repeatedly talked about renewing the peace process. A month ago, Nawaz Sharif during his second official visit to US gave a speech in a US think-tank and said that: “We have told Afghan President Ashraf Ghani that Pakistan was prepared to help revive stalled Afghan peace talks but could not bring the Taliban to the negotiating table and be asked to kill them at the same time[1].”

An important part of Obama and Nawaz Sharif talks was related to security and peace process in Afghanistan and this issue was also reflected in the joint statement of Pakistan and America. They in the joint statement said: “Both leaders expressed their commitment to advance an Afghan­owned and -led peace and reconciliation process between the Afghan government and the Afghan Taliban, and called on Taliban leaders to enter into direct talks with Kabul and work toward a sustainable peace settlement[2].”

Raheel Sharif, the Chief of Army Staff of Pakistan had a 5-day visit to America last week; an important part of his visit’s agenda was related to Afghanistan. However, the details of his visit especially related to Afghanistan are yet to be cleared, but the spokesman for the Pakistani Army, Gen. Asem Bajwa, through his Twitter Account has provided some details and said that the challenges and solutions toward the Afghan owned peace process was discussed in this visit.

Why Pakistan is eager to revive peace talks?

After the peace process became stalled, senior Pakistani officials, specifically the Foreign Minister, the Prime Minister and the Chief of Army Staff have repeatedly talked about the revival of peace process.

The question emerges that why Pakistan is that much eager to revive the peace process? It can be answered in the following two points:

First: Besides the several privileges that the Afghan government provided to Pakistan, the Pakistani side did not take any remarkable step regarding the peace process and it only provided a meeting with a number of Taliban leaders that had not got a clear result. First, it did not do its best regarding the peace process. Second, the Murree meeting near Islamabad and the appointment of Mullah Akhtar Mohammad Mansour, as the new leader of the Taliban in Pakistan empowered this point of view that Pakistan, if it wants, can make the Taliban ready to have peace negotiations with the Afghan government. The third reason was that Pakistan, after the announcement of the death of Mullah Mohammad Omar, felt itself alone in the diplomatic ground; it is why it is now continuously emphasizing on the revival of peace process.

Second: For the first time in the past fourteen years, Pakistan had grabbed a chance to make good relations with Afghanistan; even this occurred at the cost of reducing the Indian influence in Afghanistan! A new report of the US Congress points this matter and said that Pakistan is afraid of closer ties between Kabul and Delhi. However, now, Pakistan is afraid of losing this chance.

The special representatives of China, U.S. and U.N. had visited Pakistan and all of them emphasized the revival of the Afghan peace process. However, before these visits, the vice-president of China visited Kabul and the Afghan President, during this visit, regarding the peace process said that: “We have the same policy and approach towards China and our other strategic partners, and would like to work together for a long lasting peace firstly based on equality between Afghanistan and Pakistan as a two sovereign countries and secondly would like to carry out joint and sustainable measures for the regional peace” [3]. The Chinese Vice-President “Li Chau Yuen” in his speech announced his support to Afghanistan regarding the Afghan-led peace process and it struggles for improving its relations with neighboring countries.

After this visit, Mr. Deng Xijun Special Representative of the People’s Republic of China for Afghanistan and Pakistan visited Islamabad on November 6. Earlier, he was the Chinese ambassador to Afghanistan before that. He, then, traveled to Kabul and met the leaders of the National Unity Government (NUG), where he said that China is ready to provide facilities for the talks between the Taliban and the Afghan government; because the peace in Afghanistan is also beneficial to China. He said that his aim from this trip is to understand the thoughts of Afghan and Pakistani sides and added that he will visit Afghanistan and Pakistan for the same aim in a month.

On November 11, US acting assistant Special Representative for South Asia Laurel Miller had a trip to Islamabad and met the special advisor to the Prime Minister in Foreign Affairs, Tariq Fartimi in the Foreign Ministry. Meanwhile, Nicholas Haysom, the UN Secretary General’s special representative to Afghanistan also visited Pakistan and met Sartaj Aziz, the foreign affairs’ advisor to the Pakistani Prime Minister.

The Possibility of the revival of Peace Process

First: Considering the estimation and experience, Taliban’s operations would decrease in the upcoming winter and, due to this, the ground for the revival of the peace process would be paved.

Second: If rather a third-party individual and someone who does not have a background of fighting against the Taliban is appointed as a head of the High Peace Council (HPC), it would be considered as a green light to the Taliban by the government, which would mean that the Afghan government is truthfully committed to peace talks with the Taliban.

Third: There are rumors that Omar Zakhilwal, the advisor to the Afghan President would be appointed as an ambassador and President’s special envoy to Pakistan. Omar Zakhilwal has confirmed these rumors on his Facebook Page and Twitter Account that he has talked with government and both of them are agreed, but the decision is yet to be finalized. If Omar Zakhilwal was really appointed as an ambassador in Pakistan, it would be a positive diplomatic gesture to Pakistani side and would create a new atmosphere for trust-building. The reason is that the probability of the revival of the peace process in a large extent is based upon trust-building. Now, the entire side including the Afghan government, Pakistan and Taliban are suspicious of each other more than every other time and this suspicion can be eliminated through practical actions only.