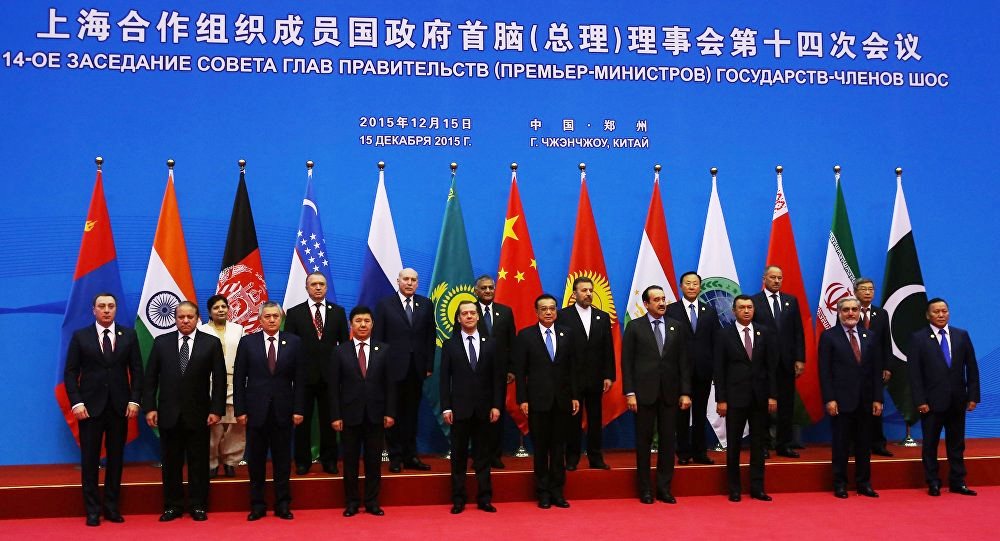 Representatives of the member states of Shanghai Cooperation Organization (SCO) came together in the 14th Heads of Government Council meeting of SCO in Zhengzhou, the capital of the central Henan province of China on 14-15 December, 2015. CEO of the Afghan government, Dr. Abdullah Abdullah also participated in this meeting.

The Afghan CEO had meetings with premiers of Russia, China, Kazakhstan and Tajikistan and the Indian Minister of State for External Affairs on the sidelines of the latest meeting of this organization.

The Background of Shanghai-5 and Afghanistan

After the Soviet invasion of Afghanistan, the interference of regional and international countries increased in this country; however, with the withdrawal of Soviet forces from Afghanistan, regional interference not only stopped but it was increased also. The reason behind these interferences was that the most of the countries present in Afghanistan were divided into two blocks during the soviet invasion: A: Pro-Soviet countries; B: Pro-Mujahedeen countries. Therefore, the war was between these two blocks at all. However, the war changed its course after the soviet soldiers withdraw from the country and the war started among proxy groups of different countries. At the time, the war did not start between two blocks, but it started among several regional rivals. Civil War initiated in Afghanistan due to this proxy war and it became famous for the land of so-called “radicalism, terrorism, narcotics and separates”.

Five regional countries became influenced by the situation of Afghanistan in 1996; they gathered and established the Shanghai-5 Organization. These five countries were: China, Russia, Kazakhstan, Kirghizstan and Tajikistan; because, at that time, 3 countries out of these 5 were impacted by the situation in Afghanistan. Russia has faced the uprising of Muslims in Abkhazia and Bosnia; the civil war had been started with Islamic Movement of Tajikistan and former Tajik Communists and the Eastern Turkistan Party had upraised in China.

Besides that, the other factors behind establishing this organization were implementation of “Brzezinski’s Eurasian Theory” and formation of geo-politic alliance against American in the post-cold-war era.

At the beginning, in general, the aim of the organization was focused on trust-building between member states and non-militarizing that borders; however, the struggle against radicalism, terrorism and separatism became included in the goals of this organization.

In 2001, with the addition of Uzbekistan the Shanghai-5 changes its name into Shanghai Cooperation Organization (SCO). In 2004, Mongolia became the first observer of SCO, in 2005 India and Pakistan also became observers and in 2012, due to Chinese support, Afghanistan was also awarded as an observer of this organization.

In 2015, SCO grant memberships to India and Pakistan and by 2016 they would start as permanent members of SCO.

Shanghai Cooperation Organization is working as a forum for the mutual trust, neighborly relations and boost cooperation in politics, trade, economy, culture and education, energy and transport between its members.

In the post-2001, the SCO not only condemned terrorist attacks of 9/11 but also supported US operation enduring freedom in Afghanistan. Moreover, some of SCO members also give military bases to American forces.

After 2004, when the insecurities rose and the opium production in Afghanistan increased, the SCO made a contact group in 2005 on Afghanistan. In 2009, it called a special conference about Afghanistan and later in 2012 it made Afghanistan an observer in SCO.

The SCO growing interests in Afghanistan is due to the production of Opium and its trafficking to SCO member countries, and concerns about terrorism, extremism and separatism.

Afghanistan and the Regional Diplomacy

In general, Afghanistan’s foreign policy is transforming since 2009 but more specifically it moved more towards regional diplomacy with the Presidency of Ashraf Ghani. Kabul established closed relation with Central Asian republics (CASA-1000 and TAPI); closed ties with Pakistan and China; taking military assistance from Moscow and Delhi and in the issue of Yemen it published a pro-Saudi statement. These are the steps that can shows that the country has moved more towards regional diplomacy. On the other hand, requesting for membership in Chinese AIIB bank and SCO permanent membership, the recent RECCA and Heart of Asia conferences are also its examples.

The SCO concerns about Afghanistan have been increased due to Afghanistan’s situation; that’s why the SCO has given more attentions to Afghanistan. Therefore, the ongoing 14th SCO summit was important for Afghanistan.

The importance of SCO summit is as follows: