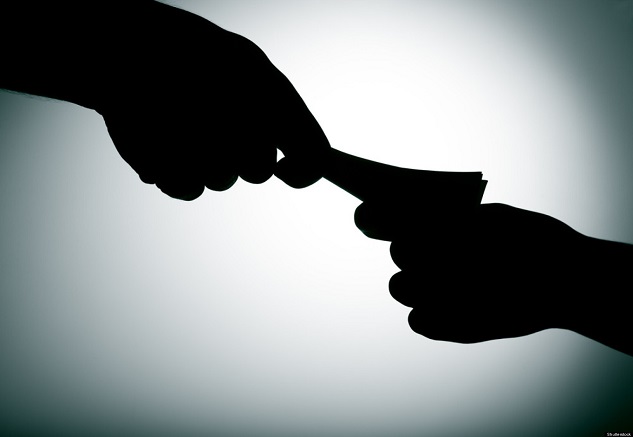 Along with the Transparency International, the Integrity Watch of Afghanistan (IWA), the Asia Foundation and United Nations Office on Drugs and Crime (UNODC) are also another organizations which conducted researches on corruption in Afghanistan and, in this regards, they have also released some reports.

A look into corruption in Afghanistan

Although, all the organizations mentioned above have conducted researches on corruption in the country, here we will talk about reports released by IWA, Asia Foundation, and Transparency International.

“From 2006 to 2014, corruption raised as a major issue in daily life of the people” says the annual survey 2014 conducted by the Asia Foundation. According to the survey, in 2006, 42% of the people believed that corruption was a major problem in their daily life but in 2014, this percentage was 62%.

In its surveys from 2006 to 2014, the Asia Foundation had also asked people through its questionnaires about their opinions about corrupt officials and corruption at provincial administrations level across Afghanistan; one would find out that in people’s opinion, corruption is growing and its percentage in 2014 had risen more than ever.

IWA has also released four surveys on corruption in Afghanistan. These surveys show that corruption is growing in Afghanistan with each passing year. In 2007, people had paid $477 Million as a bribe and in 2010, 2012 and 2014; they have paid $1000, $1250 and $ 1942 Million as bribe respectively. For further information, see the following figure: Transparency International is a global civil society organization leading the fight against corruption. This organization conducts its surveys in more than 100 countries of the world every year and according to the scores gained by countries, asserts these countries in its corruption perceptions index and then publishes the report in its annual reports.

If we look at the TI’s published reports from 2005 on, we will notice that year after year Afghanistan scores less points than before in fighting corruption and is among the last countries in its index. In 2005, Afghanistan had scored 2.5 out of a possible 10 points and ranked 117th among 159 countries in the world; it means that it was less corrupt than it is today but in the following years, it dropped down in the ranks and thus became one of the most corrupt countries in the world.

According to the reports, from 2012 to 2013 Afghanistan’s score was once again dropped in fight against corruption ( in both 2012 and 2013 Afghanistan scored 0.8 points in CPI index); however, when Ashraf Ghani came to power, due to the reopening of Kabul Bank’s scandal, forming National Procurement Commission, and announcing those accused of corruption as subject to travel ban and presenting them to Attorney General Office, the country’s scores improved and raised from 0.8 points to 1.2 points in 2014.

In 2015, since the country’s anti-corruption strategies were  contrary to each other, Afghanistan scored 1.1 out of 10  and became the second most corrupt country in the world. See the figure below: However, the Afghan government has not criticized Transparency International’s report on corruption, but has declared that it is determined to fight against corruption and that they are fighting it sincerely. The Chief Executive Officer (CEO) of Afghanistan Dr. Abdullah Abdullah has stated that undoubtedly, the National Unity Government (NUG) is seriously determined to fight against corruption. But, there are some issues relevant to the law which we are working on”

On the other hand, the President’s spokesman Zafar Hashemi, in response to the report of the Transparency International said: “Afghan government has taken major steps to fight against corruption; as a result of forming the National Procurement Commission, we have prevented corruption in many contracts and for the first time the government has  published (Ministry of Defense)’s oil contract. Ministry of Justice which was the source of corruption is now passing through reforms; 130 judges are dismissed within the past two months including some judges from the appellate Court.” He further added: “The second element in government’s anti-corruption strategy is accountability; the government has arrested at least 10 corrupt government officials and thereby the government has done a lot to fight corruption.”

On the other hand, people have played a negative role in exposing corrupt officials and have bribed them vastly.

For instance, the government had arrested the main culprit of Kabul Bank’s scandal Khalilullah Ferozi, and sentenced him to be imprisoned, but then he was released by the legal consultant of the president Mohammad Ali Mohammadi and Ministry of Urban Development affaires signed a construction contract “Smart City” with him. At the place where Ferozi signed the contract some senior government officials were also present including Special Representative of the president in political reforms Ahmad Zia Masood and Minister of the Urban Development Affairs. This questioned the government’s determination in fight against corruption by the people.

Besides this, internal differences in the government have also shadowed the anti-corruption struggles and thus it is a major obstacle toward reforms and tackling corruption.