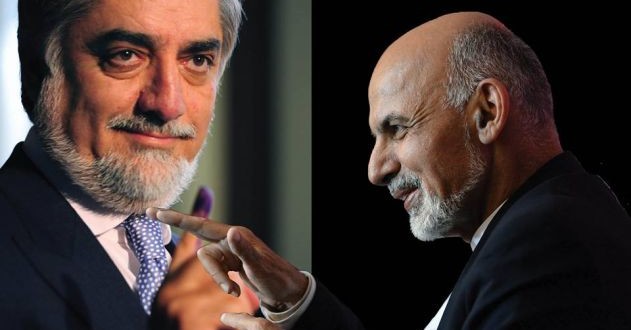 Afghanistan faced serious problems and challenges in the past year and one can call it the most challenging year to the Afghan government in the past one and half decade. However, it is hard to exactly predict the situation in 1395, but it seems that the problems and challenges in 1394 would affect the situation in the upcoming year, and if these challenges and problems were not tackled the Afghan government may not be able to survive.

In this part of the analysis you would read about the challenges ahead for the National Unity Government (NUG) in 1395.

In its first days of formation, the NUG activated its foreign policy in order to secure peace in the country. The Afghan President Ashraf Ghani went to Saudi Arabia, China and Pakistan aiming to start peace talks with the armed oppositions of the Afghan government. As a result of these efforts a meeting on the Afghan peace process was held in Urumqi in China, but this meeting did not resulted to specific outcomes. Later in Murree a touristic area near Islamabad, the first face to face talks between the Afghan government and the Taliban took place.

The Murree talks came to a halt after the disclosure of the death of Mullah Muhammad Omar and after that the Afghan-Pak relations was deteriorated for the first time after the formation of NUG.

After six months of tensions in the Kabul-Islamabad relations; due to the joint efforts of the regional countries and the United Nations once again the relations between the two countries improved and as a result, the Quadrilateral Peace talks between the US, China, Pakistan and Afghanistan began. However the Afghan government was enthusiast about the outcomes of these talks but these talks are yet to bring the Taliban around the negotiation table with the Afghan government.

In the field of security, in 1394 on one hand, the Afghan government faced a vast number of issues and its reputation was damaged and on the other hand it was a bloody year to the Afghan civilians and civilian casualties in this year was outnumbered more than any year in the past one and half decade.

In early 1394, the news about the emergence of ISIS in Afghanistan was heard. However at the first steps, the fears about the presence of ISIS in Afghanistan was due to the press propaganda and this group had no activity on the ground but then the group intensified its activities in the country and particularly in the eastern Afghanistan and thus the presence of this group proved to be bloody to the Afghan people. According to the Afghan Ministry of Defense, within the last six months the group has killed 600 Afghans. [1]

Since both the Afghan government and the Taliban fought against ISIS, now at the end of 1394 it appears that the group is suppressed in Afghanistan. The Taliban has also played a significant role to suppress ISIS in the remote areas that were under their (Taliban) control.

On the other hand, war in the Northern provinces was intensified and from Faryab to Badakhshan, many districts were fell at the hands of the Taliban and eventually the way to the collapse of Kunduz was paved and on 28 September 2015, Kunduz city collapsed. This was the first time after the collapse of the Taliban regime in 2001, that the Taliban had seized a major city in Afghanistan. The fall of Kunduz was vastly reflected in the Afghan and international media, later the city was recaptured by the Afghan security forces after two weeks. [2]

After coming to power, Ashraf Ghani made a lot of promises to Afghans and International community to tackle corruption and in this regard some steps were also taken in the first few months of his presidency but the government’s actions to fight against corruption was incomplete and contradictory and in this regard there was no coordination among the officials in the Afghan government. That is why Khalilullah Ferozi the main culprit in the Kabul Bank case was released from prison and signed the contract of building a city. Later due to the widespread reactions the contract was canceled and he was sent back to the prison.

In 1394, not only corruption did not decreased but it increased and according to the annual report of the Transparency International in 2015, Afghanistan have fell in the ranks from the fourth most corrupt country to the second most corrupt country in the world. The International Community also believes that corruption is the greatest challenge of the Afghan government. If the Afghan government failed to tackle corruption in 1395, beside other problems it would also face the problems in attracting the International community’s aids.

Although the issue of the Afghan migrant in the neighboring countries is significant but currently the issue of the Afghan migrant in Europe is more serious and sensitive. Around 250000 Afghans went through illegal ways to Europe and most of them were youth population of the country. [3] The issue of migrants had negative impacts on Afghanistan; a great amount of money was taken out of the country and the country’s educated youth had left the country. On the other hand, most of the Afghans who are gone to European countries are not given asylum in there and are forced to return to their homes. The Afghan refugees returning to their own country would highly put the Afghan government under pressures.

Extending the expiration date of the migration ID cards of the registered Afghan migrants and registering unregistered migrants in Pakistan are the other challenges that the Afghan government will deal with in 1395 because unlike its commitment in this regard Pakistan has not taken any practical measures.

Internal differences within the Afghan government

50-50 division of power between Ashraf Ghani and Abdullah Abdullah confronted the country with many problems and due to these problems after one and half year its cabinet is yet to be completed. The internal differences has resulted the provinces to be controlled by the acting governors and it has also caused problems in bringing electoral reforms and thus has face the upcoming parliamentary elections with an uncertain fate. Internal difference in the government also resulted in making contrary decisions about the Afghan foreign policy.

If the internal difference of the NUG was not resolved and it continued like this it may even result the collapse of the Afghan government.