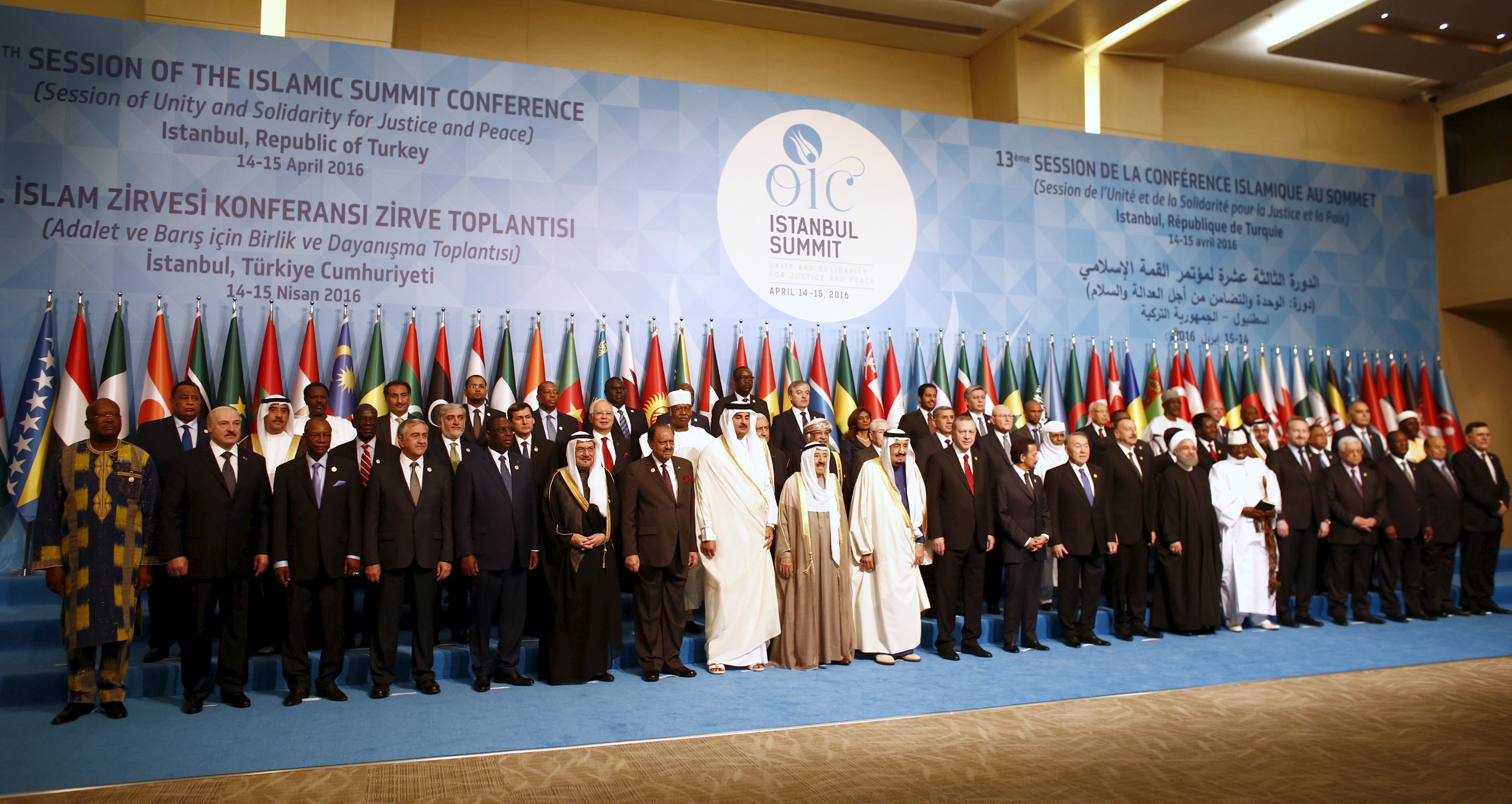 The 13th session of OIC was held in Istanbul, Turkey and leaders from more than 30 countries had participated including the Afghan Chief Executive Officer Dr. Abdullah Abdullah and the Afghan Foreign Minister Salahuddin Rabbani.

Generally, in this summit, terrorism, Palestine, Syria and cooperation among Islamic countries were discussed.

The background of OIC, the reasons for the failure of OIC and the relation of Afghanistan with OIC are issues that are analyzed here.

The Background of OIC

In 20th century Sayed Jamaluddin Afghan made efforts for awakening the Islamic world which was followed by various reactions. In this century, on one hand, Islamic movements, Scholars and elites were born and on the other hand numerous efforts were made to prevent Islamic unity.

During the Cold War and after the occupation of Islamic territories by Israel, in 1969 Al-Aqsa mosque was burned by an Israeli Jewish. In response to this and due to the efforts of some individuals especially Al Faisal the Organization of Islamic Cooperation was established by 25 Islamic countries on September 25 1969 in Morocco. Afghanistan was also one of the 25 countries that put the foundation of this organization.

The first session of this organization was held among the Foreign ministers of the member states in Jeddah, Saudi Arabia in 1970; and its second session was held in Lahore in 1974.

OIC is the second largest organization after the United Nations and including Afghanistan it has 57 member states from four continents. The organization aims at unity and cooperation between its member states and works to improve economic, cultural, scientific and other cooperation among them. In case of wars and armed conflicts that one of OIC members is involved in, OIC will cooperate with UN and provide consultation to it[1].

The reasons behind the failures of OIC

OIC has failed to achieve the objectives that it has been established for in 1969. OIC was hit severely when due to ideological and sectarian reasons, some Islamic countries engaged in cold and even hot wars among themselves. For example: Iran-Saudi cold war, Iran-Iraq war and coup d’état regimes in Egypt and some other countries.

Whether despite of having 22% of the world’s population and 70% of world’s energy resources, why OIC could not achieve its objective? The following can be the reasons:

With the triumph of Islamic revolution in Iran, Islamic world was divided in Shiite and Sunnite blocks and cold war began between Iran-Saudi, Iran-Egypt, Iran-Turkey. It should be noted that except Iran-Saudi in other relations there were improvements at least for a few times.

Afghanistan was one of the countries that put the foundation of OIC. During the Arab-Israel war Afghanistan issued statements in support of the Arabs. After the Soviet invasion of Afghanistan, Afghan-OIC relation improved and besides condemning Soviet aggression, OIC provided Afghan Mujahedeen and Migrants with numerous aids.

After withdrawal of the Soviet force from Afghanistan, OIC made efforts to resolve the Afghan issue (Civil War) but unfortunately was failed in its efforts. After the collapse of the Taliban regime, OIC could not do anything about US attacks on Afghanistan and in this regard it did not declare its stance.

After intensification of war and insecurity in Afghanistan OIC several times suggested peaceful settlement of the Afghan issue; therefore, it opened its office in Kabul in 2011, but it is yet to play a significant role in the Afghan issue.

13th session of OIC was held in Istanbul on April 14-15 under the leadership of Turkey and Afghan CEO Dr. Abdullah Abdullah was the Afghan representative in this session. Besides the leaders of the member countries the summit was also participated by heads of Parliament and Foreign Ministers of the member states.

The most important issue of the session was Syria, but no Syrian representative had attended the conference. Before the summit, Iyad Ameen Madani had said: “we have postponed the membership of Syria in OIC. We support peace talks. We do not see Basharul Asad in future of Syria and we do not think that Basharul Asad is part of the solution in Syria” but all of the OIC members are not agree with this stance. King Salman of Saudi Arabia and Hassan Ruhani Iranian President had participated in the summit. One of them is pro-Asad and the other is anti-Asad.

Disputes among Islamic countries had also influence the meeting. Beside Syria, Egyptian President Abdul Fattah Al Sisi was also absent and instead of him Egyptian Foreign Minister had participated in the summit. Turkey-Egypt relation is deteriorated after the coup d’état that overthrow the elected President of Egypt, and despite the mediation of Saudi Arabia these relations are not improved.

In this conference, efforts were made to settle the conflicts of the Islamic world. Turkish President Recep Tayyip Erdogan called on Islamic countries to resolve the issue of Shiite and Sunnite and hence said “my religion is neither Shiite nor Sunnite, my religion is Islam”.

In the closing statement of the meeting, Hezbollah was condemned for its terrorist activities in Syria, Bahrain, Kuwait and Yemen. And Iranian Policy was also criticized. In this meeting the (2016-2015) plan for Palestine was also prepared. According to the OIC Secretary General the closing statement includes 200 resolutions.

The future of OIC

It seems that the future of OIC is tied with economic issues because political conflicts will not be settled in a near future.

It is why, OIC needs to open borders among its members in scientific, technology, and other fields the same as European Union did.

Besides that, the statement of Dr. Mahateer Mohammad about the challenges of Islamic states (Political deadlock, economic backwardness, non- existence of democratic states) which he emphasized in 2003 summit still seems to be necessary to meet. In addition to the need for increasing transparency and accountability it is also necessary to bring reforms in some parts. That way real cooperation will be possible among the members of this organization.