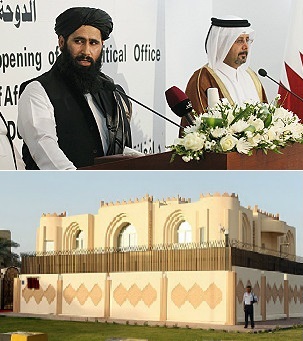 Peace is vital need and all the sides involved in the Afghan conflict have decided that the only way out is through negotiations and dialogue. The sides, who wanted to end this issue through war, have admitted their defeat. However, few who are not willing to accept their defeat and whatever they couldn’t achieve by using force, now, want to achieve it by playing with holy words of “Peace and Reconciliation”. The pressures on oppositions by different countries are extension of such policies: Pakistan, wants to take advantage of such situation, while Afghan government wants the negotiations according to their wish and demanding Pakistan to help in this regard. Similarly, each side want to pressurize accordingly which is difficult. Of course, the important thing is to positively respond to sincere calls for peace and should leave egos and putting authoritative policies aside and must accept each actor in the political arena which is the only solution to the problem of the country.

Obama’s decision about withdrawal of its military forces till the end of 2013 is clear, and many analysts are of the view that US wants all of its troops out of Afghanistan. Of course, some sides are worried about the nature of post-withdrawal security situation? Certainly, if Afghan’s did not solve their disputes through talks, a bloody war would occur.  Serious dialogue free from the presence of US forces between Afghans and preventing ongoing war is crucial at this stage. It is obvious that in the presence of more than hundred thousand NATO troops who through force could not maintain the security situation of the country, keeping fewer troops would also not maintain it. Therefore, national peace and reconciliation is essential for the country so that all Afghans get together in a coalition government and work together making Afghanistan peaceful and prosper country.